The FW de Klerk Foundation's spokesperson Dave Steward confirmed his death to News24 on Thursday. "The former president died earlier this morning at his home in Fresnaye after his struggle against cancer. He was 85-years-old. He is survived by his wife Elita, two children Susan and Jan, and his grandchildren."

In a statement on 8 June 2021, the foundation said he was diagnosed with mesothelioma - "a cancer that affects the lining of the lungs" - in March 2021. He was receiving immunotherapy for the illness.

Here is a look back at his life in pictures. The Codesa negotiations in Kempton Park on 20 December 1991. Pik Botha (right), with former pres. FW de Klerk and dr. Gerrit Viljoen. At the back from the left is dr. Leon Wessels, Barend du Plessis and Cobie Coetsee. Photo: Archive 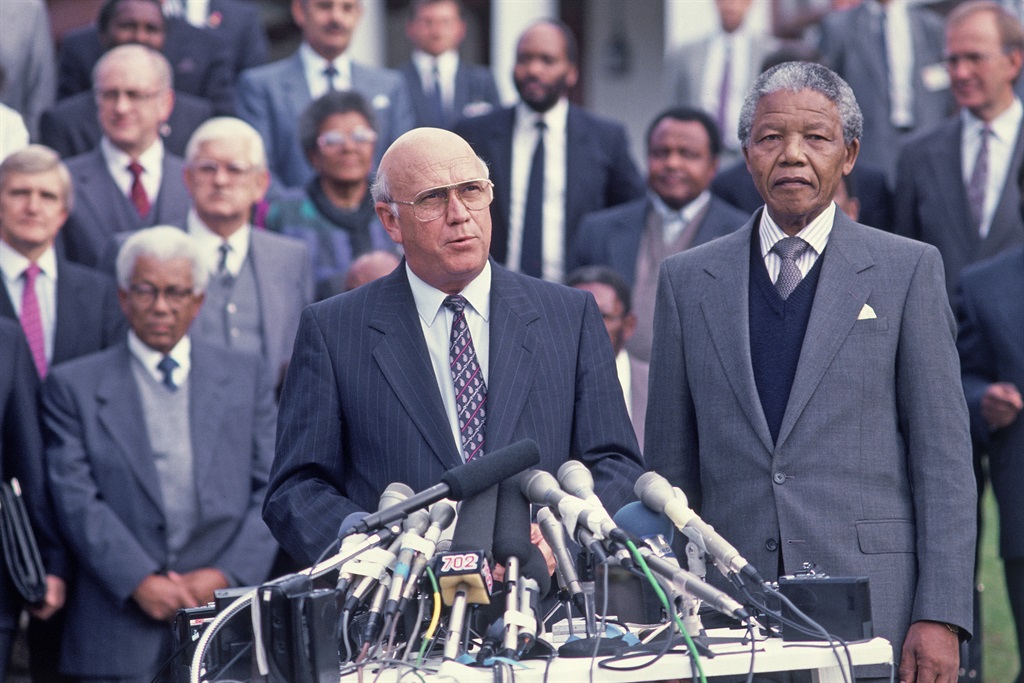 4 May 1990. The historic Groote Schuur Minute was the signing of a document between Nelson Mandela, then president of the ANC and the South African State President F.W. de Klerk at Tuinhuis.
Gallo ImagesGallo Images/Media24 FW de Klerk and Nelson Mandela after the signing of the Groote Schuur Minute in 1990. Photo: Gallo Images FW de Klerk and Leon Wessels at the Truth and Reconciliation Commission in August 1996. (Gallo Images) 10 December 2002. Jacob Zuma pictured with Nelson Mandela and FW de Klerk at a presentation of National awards at the Union Buildings.
Gallo Images 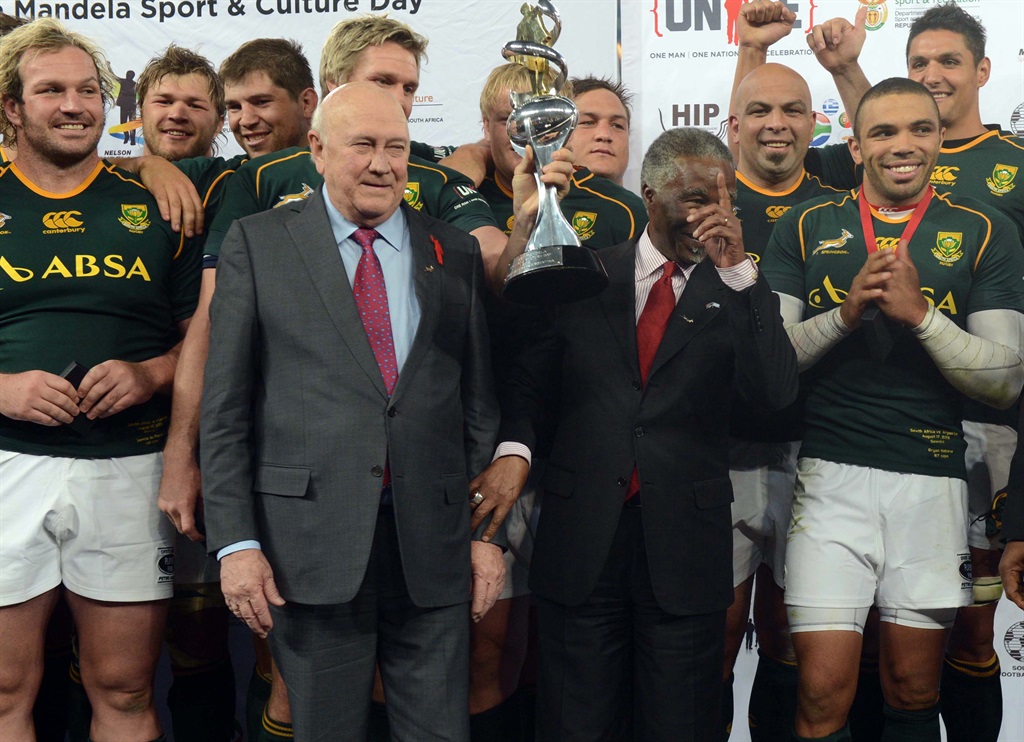 2021: In one of his last photographs taken in June 2021, former president FW de Klerk and his wife Elita are seen with their friends Ton Vosloo and Anet Pienaar-Vosloo in Hermanus.
We live in a world where facts and fiction get blurred
In times of uncertainty you need journalism you can trust. For 14 free days, you can have access to a world of in-depth analyses, investigative journalism, top opinions and a range of features. Journalism strengthens democracy. Invest in the future today. Thereafter you will be billed R75 per month. You can cancel anytime and if you cancel within 14 days you won't be billed.
Subscribe to News24
Next on News24
LIVE | Covid-19 in SA: 6 375 new cases