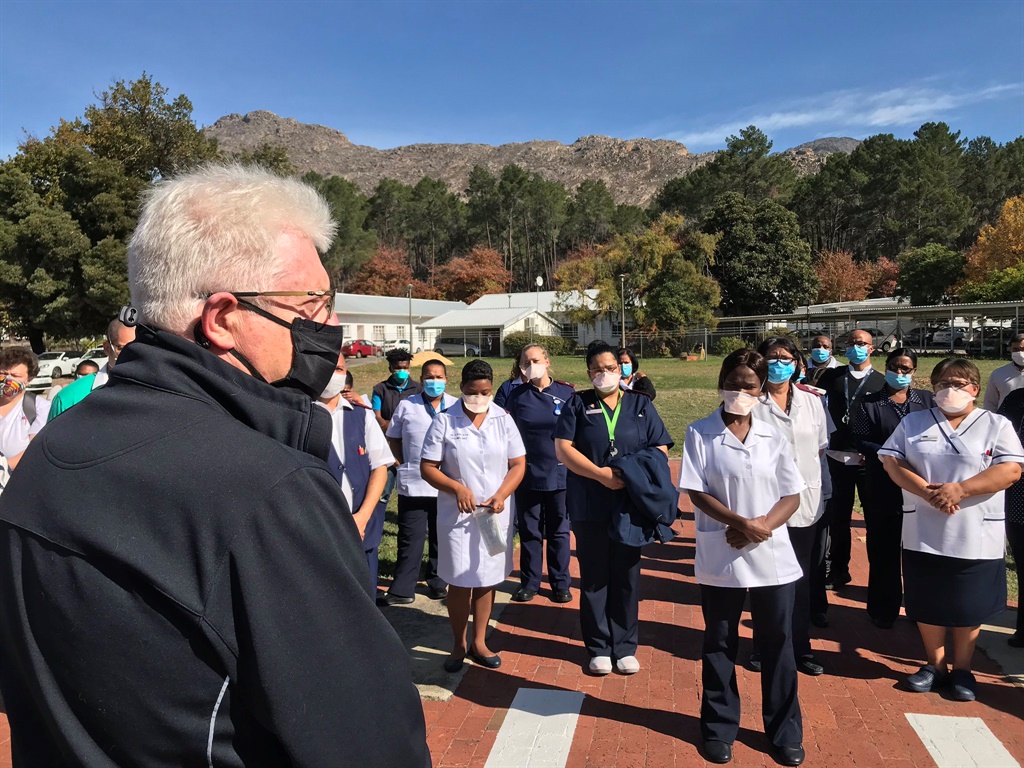 If there is anything Gauteng needs to learn and implement from the Western Cape as the Covid-19 peak looms, it must be prevention strategies.

This is according to the Progressive Health Forum's (PHF), Dr Aslam Dasoo, who told News24 that Gauteng's trend of a spike in cases was similar to that of the Western Cape in the past two months.

He said the difference was, however, that in Gauteng, the curve seemed to be getting much steeper.

PHF is the national advocacy network of healthcare veterans, health activists, health workers and professionals from all health disciplines.

"In other words, the rate of infections in Gauteng is exceeding what the worst rate was in the Western Cape at the corresponding time and this is a dire signal for our services here in Gauteng in particular," he said.

Dasoo said Gauteng would now have to put in place whatever measures it can implement, adding there would be nothing untoward - with regional lockdowns in places identified as hotspots.

Intermittent lockdowns could be the only option for Gauteng

He said while Gauteng was, of course, in a much better position in terms of having more health resources both in the public and the private health sectors - unlike provinces such as the Eastern Cape, it would be able to mitigate and flatten the peak, but won't be able to manage it completely.

He said when the Western Cape had reached a peak it began to conduct rapid prevention measures in known hotspots and was able to slow down its curve.

"Somehow we can't really do that [in Gauteng] and measures like intermittent lockdown would be the only option left. Either way, we are going to have many sick. And the system that will be the system of ultimate resort is the health system and that is unfortunately not going to withstand the onslaught," he said.

Other reasons why Gauteng may not be able to completely manage was not only due to its state of readiness but also its failure of having preventative strategies in place, Dasoo added.

"I know that the government has been trying its best to get people to physical distance, wear masks and so on but it has not penetrated the consciousness, I think, of most people.

And of course, it doesn't help that the lockdown has created severe economic hardship and that people are desperate to get to work, to earn something because they are close to poverty and so the combination of those things has affected prevention strategy.
Aslam Dasoo

A joint response from public and private healthcare systems

Dasoo said when the national lockdown was announced in March, PHF was not completely comfortable with it,  because it didn't believe the country had adequately prepared itself to do what was needed during the lockdown - to flatten the curve by ramping up testing and reduce the spread.

PHF believes there is a lot that could still be done as the peak of the virus looms - and has put forward a proposal that would allow at least 15 000 medical practioners in the private health system to be enlisted into the national efforts, Dasoo said.

He said from the onset, the entire public and private health systems should have mobilised via an integrated response.

In a statement on Sunday the major representative organisations of the medical profession along with PHF said the private health system was more than willing and ready to participate in the response, insisting that only an integrated joint effort of public and private health approach could provide the best response to Covid-19.

Professor Alex van den Heever of the Wits School of Governance and member of PHF, who helped develop the overarching framework of the PHF proposal said: "The proposal envisages private medical scheme funding for practices on a capitation basis that would guarantee sufficient income for practices for the next 18 to 24 months, while capping the risk to medical schemes."

Key tenets of the proposal, according to the statement, include:

We live in a world where facts and fiction get blurred
In times of uncertainty you need journalism you can trust. For only R75 per month, you have access to a world of in-depth analyses, investigative journalism, top opinions and a range of features. Journalism strengthens democracy. Invest in the future today.
Subscribe to News24
Related Links
Gauteng could see 'intermittent lockdown' as Covid-19 peak looms - Masuku
Gauteng approves 4.9% hospital tariff increase
709 Gauteng public healthcare workers test positive for Covid-19, health dept reveals
Next on News24
LIVE | Covid-19 in SA: Cases rise by 3 197 as death toll goes up by 23