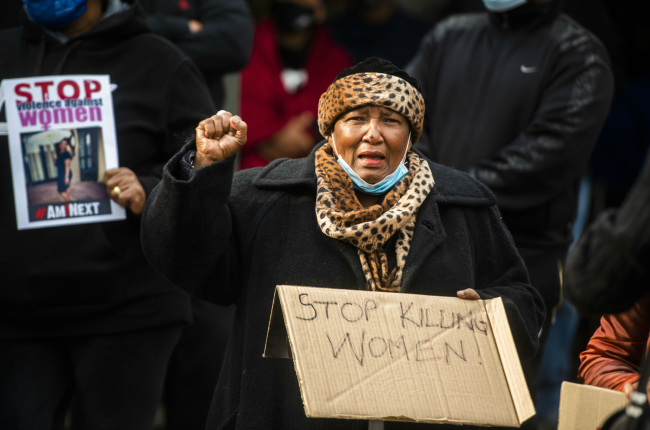 The fund was launched on 4 February 2021 by President Cyril Ramaphosa and Irene Charnley, the president of the International Women's Forum South Africa.

According to its first annual report, support has been wide-reaching. Beyond the R162 million in pledges, corporations and citizens donated their time and expertise to support the fund's genesis, operations and governance.

The report also stated that the fund's primary role was to resource and support existing organisations and stakeholders that have a strong track record of an impact in GBVF to continue to make a difference or expand their work.

"The fund also acts as a catalyst, bringing together new partners and those with expertise or innovative approaches to have a profound impact in addressing acute challenges in the fight against gender-based violence and femicide."

The GBVF Response Fund is in its second year and according to the report, it will continue to focus its efforts and resources to meet its mandate and help South Africa address the scourge of gender-based violence and femicide. Among the other things it will focus on are digital solutions for GBVF.

"Even with the advent of the fourth Industrial Revolution, opportunities to investigate the use of accessible scalable digital innovations to prevent and reduce the spate of GBVF are underexplored.

"The fund is working to understand the landscape of current apps and tools and investigating new digital tools and technologies that can be deployed to scale across the country (including rural areas) at minimum cost to citizens to curb or prevent GBVF.

"In its initial reviews of apps and tools in the space, the fund has identified different "emergency", "avoiding', "supporting", "reporting and evidence building" applications locally and some international examples. "Going forward, the fund will engage with app developers, assisted by a technical advisor, to investigate the most impactful and widely accessible solutions."