Glebelands 'kingpin' given final chance to sort out lawyer problems 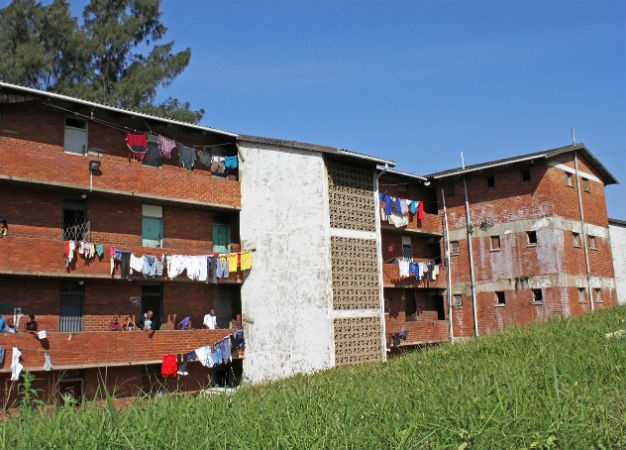 The policeman accused of being a kingpin in the Glebelands hostel murders and one of his co-accused have been given a final warning to raise funds to pay for the services of their new advocate.

Judge Jerome Mnguni warned Detective Sergeant Bhekukwazi Louis Mdweshu and Ncomekile Matlala Ntshangase that Wednesday's postponement was a "final adjournment" for the purpose of letting them sort out financial issues with their legal representative.

Their new lawyer Martin Krog confirmed in court that he would now be representing the two accused following confusion on Monday over who would represent them.

Mdweshu and Matlala are part of the "Glebelands Eight", accused of a string of murders at the hostel from 2014 to 2016.

Attorney Andile Dakela told the court on Monday that Mdweshu, Matlala and Hlophe could not afford to pay another advocate he had instructed.

Dakela was on Wednesday granted leave to withdraw from representing the three men.

Hlophe told the court he would now apply for a legal aid lawyer.

The five other accused are represented by Xolani Sindane.

They are also accused of racketeering, conspiracy to commit murder, attempted murder and extortion and unlawful possession of firearms and ammunition.

Security was beefed up, with heavily armed policemen inside and outside court when they appeared.

Last year, while they were still applying for bail in the Durban Regional Court, the court heard that all the accused had allegedly conspired to form an association that controlled money collected at the hostel.

It is alleged that, from time to time, they would summon residents to meetings where they would collect money.

They allegedly carried rifles and handguns during those meetings.

Mnguni adjourned the matter to March 29.

KwaZulu-Natal police have confirmed that two more men were killed at the notorious hostel just this past week.

Another man was killed earlier this month on January 18.

We live in a world where facts and fiction get blurred
In times of uncertainty you need journalism you can trust. For only R75 per month, you have access to a world of in-depth analyses, investigative journalism, top opinions and a range of features. Journalism strengthens democracy. Invest in the future today.
Subscribe to News24
Related Links
2 more people killed at Glebelands hostel hours before 'hitmen' go on trial
1 killed in latest Glebelands Hostel shooting
Jail time for men who terrorised Glebelands Hostel residents with violence, murder
Next on News24
LIVE | Covid-19 in SA: Cases at 1 796 589, deaths rise to 58 441