AB350 bus company is under siege from a syndicate torching its buses.
Eastern Cape transport MEC Weziwe Tikana-Gxothiwe has condemned torching of AB 350 buses in the Eastern Cape which has cost the company more than R16 million in four months.

The latest of the arson attacks happened on Friday in Engcobo.

AB 350, a black-owned bus company, with 590 employees and a fleet of 155 buses, is partly funded by the provincial department of transport and Eastern Cape Development Corporation.

CEO of AB 350 Nosipho Ngewu said it would cost them R2.1 million to replace each of the buses.

This amounts to a total of just more than R16 million.

'Scrounge around for the money'

She said she had no idea where the company would get that kind of money.

"We will have to scrounge around for the money," she said.

Eight buses were torched between September and January said Ngewu adding that since 2015, the company has lost 16 buses. 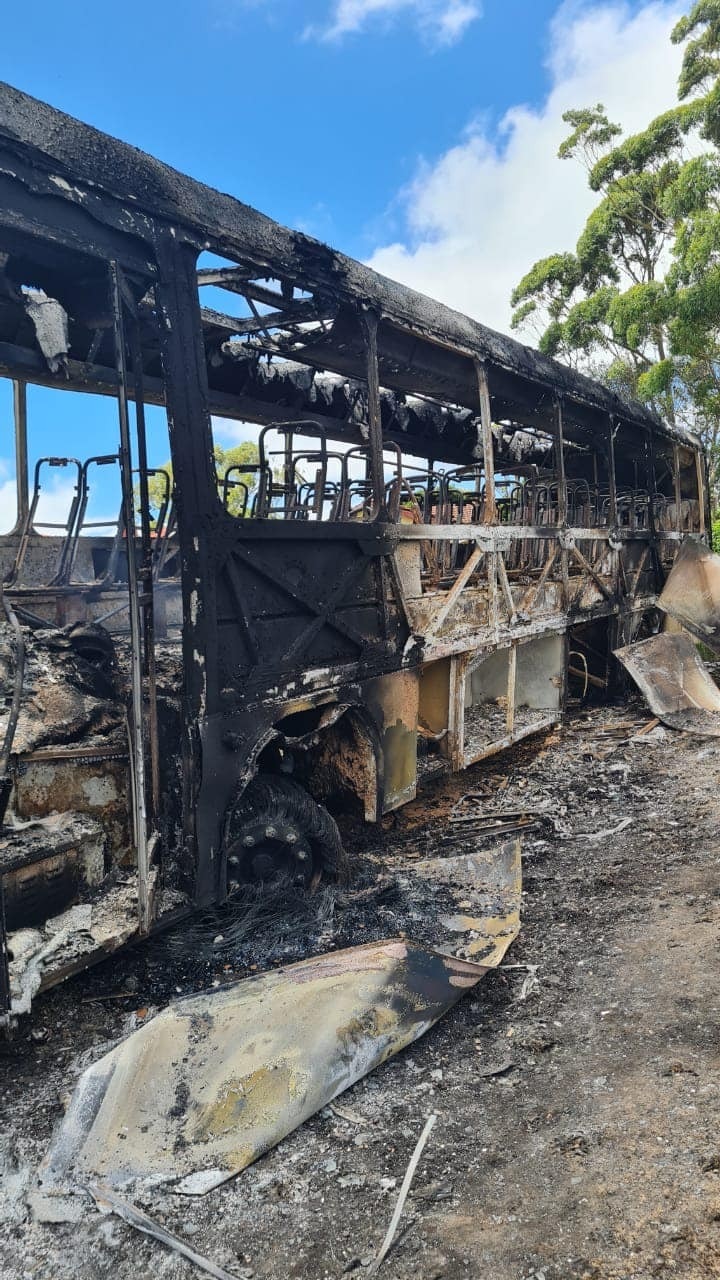 Asked what triggered the arson attacks, Ngewu said: "It is due to improvement on the bus availability. We started moving buses back into routes that we were not servicing due breakdowns, eg Thungwini, Dikela, Bengu, Indwe, and Sithebe. Buses were all burnt upon their return to their routes."

Ngewu said passengers would suffer the most due to the unavailability of buses in their areas.

Ngewu said about 9 600 passengers in far flung areas are at risk of not accessing critical services like government grants, hospitalisation.

She said the company was losing money due to the incidents as they have beefed up security at the cost of R1.3 million.

She said the company was working with its stakeholders to investigate the reasons behind the attacks and to unmask the people the syndicate.

The company's 155 buses ferry over half a million passengers every month in large parts of the former Transkei, said Ngewu.

Transport spokesperson Unathi Binqose said the provincial government had provided the buses as a safer and cheaper mode of public transport to a number of rural communities.

He said the attacks did not only set back the cash-strapped company by millions of rand, but have also dealt its customer base untold devastation.

MEC Tikana-Gxothiwe said: "These barbaric attacks are not only hurting the company that operates and us at the government that is behind the service, but the pain cuts even deeper when we think of the largely elderly communities that these buses are meant to serve.

"Elderly people who may find themselves unable to timeously reach social grant pay points, specialised healthcare facilities, because of a senseless act by some among us."

Tikana-Gxothiwe said she was not ruling out suspicions that the attacks may be due to competition in the public transport space, warning that the police are closing the net on perpetrators of these criminal acts.

Tikana-Gxothiwe is also the MEC of the department of safety and liaison which oversees the work of the police.

She is also scheduled to meet officials from AB 350 to work out a plan to better safeguard the fleet they still have left.

Eastern Cape Development Corporation spokesperson Nobulali Myataza said ECDC pumped R12 million into AB 350 in loans which were paid back in full in 2015.

Myataza said: "The ECDC is set to develop small business in the Eastern Cape with an aim to realise a socio and economic benefit for the province and its people. Vandalism and destroying of business properties have a direct negative economic impact, not only on AB 5350 but on [sic] our economy, the ECDC condemns these actions and trust that the law see an end to it."

Binqose said transport department made a cash injection of R1.7 million to the bus company for the current financial year.