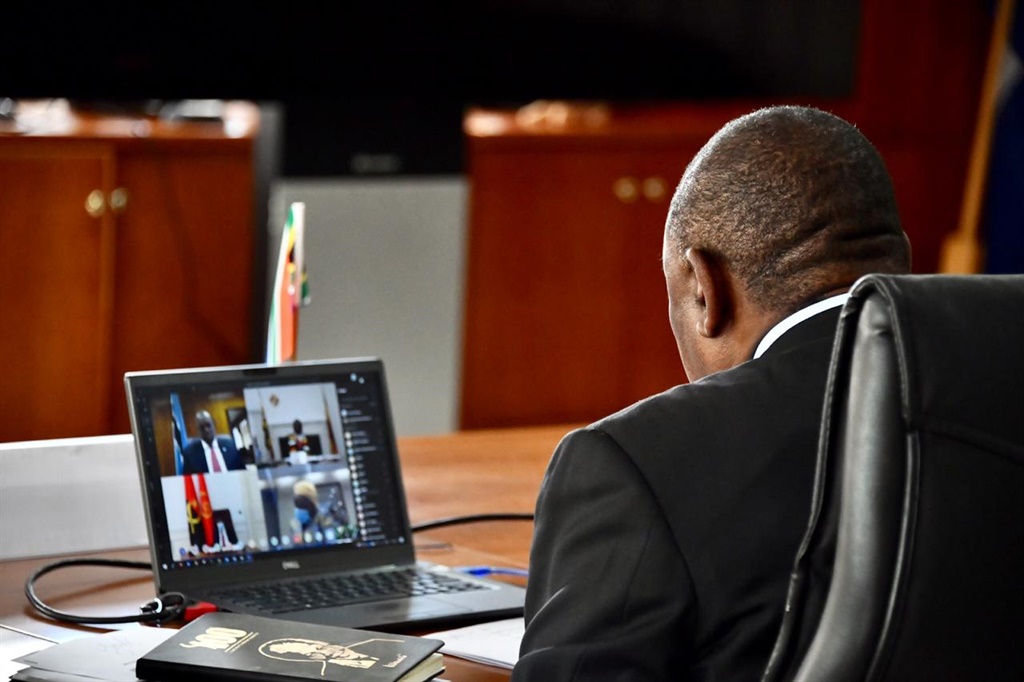 The National Coronavirus Command Council (NCCC) was not established in terms of the Disaster Management Act.

This was revealed in President Cyril Ramaphosa's answers to DA MP Glynnis Breytenbach.

Breytenbach posed two written questions to Ramaphosa on the topic of the controversial NCCC, a body established after the declaration of a national state of disaster. Its legal standing has been questioned while lockdown regulations seemingly emanate from it.

Ramaphosa's full response to this question read as follows: "The National Coronavirus Command Council [NCCC] - originally known as the NCC - was established as a committee of Cabinet by the Cabinet in its meeting of 15 March 2020."

The NCCC faced criticism for taking far-reaching decisions related to the nationwide lockdown to curb the spread of Covid-19 in the country. But the government changed tune, saying the NCCC did not take decisions.

"No," was Ramaphosa's full response both times the question was posed.

"The NCCC co-ordinates government's response to the coronavirus pandemic. The NCCC makes recommendations to Cabinet on measures required in terms of the national state of disaster. Cabinet makes the final decisions," Ramaphosa responded.

However, the whole Cabinet serves on the NCCC, according to answers from Ramaphosa to Breytenbach and from Minister in the Presidency Jackson Mthembu to IFP MP Narend Singh.

Breytenbach and Singh asked what the composition of the NCCC was.

Initially, all ministers except the following were included in the NCCC:

"However, after two meetings of the NCCC, the president decided to invite the rest of the members of Cabinet, as it became clear that they too were crucial to the national response," Mthembu answered to Singh.

"Other members of Cabinet were subsequently invited to attend NCCC meetings. It is supported by the Cabinet Secretariat and National Joint Operational and Intelligence Structure [NatJoints]," said Ramaphosa.

Neither letter mentions any legislation.

Mthembu said the NCCC was briefed by Health Minister Zweli Mkhize at each meeting, based on the advice of "Health Expects [sic]".

"All NCCC matters that have police implications are referred to the Cabinet for decision-making," Mthembu said.

We live in a world where facts and fiction get blurred
In times of uncertainty you need journalism you can trust. For 14 free days, you can have access to a world of in-depth analyses, investigative journalism, top opinions and a range of features. Journalism strengthens democracy. Invest in the future today. Thereafter you will be billed R75 per month. You can cancel anytime and if you cancel within 14 days you won't be billed.
Subscribe to News24
Related Links
EXPLAINER | Can Cabinet members be parachuted into provinces to oversee the Covid-19 response?
ANALYSIS | The cracks inside Ramaphosa's 'consultative government'
Lockdown | NCCC meets over next step
Next on News24
BREAKING NEWS LIVE | Kidnapped Cape Town child returned home, says family