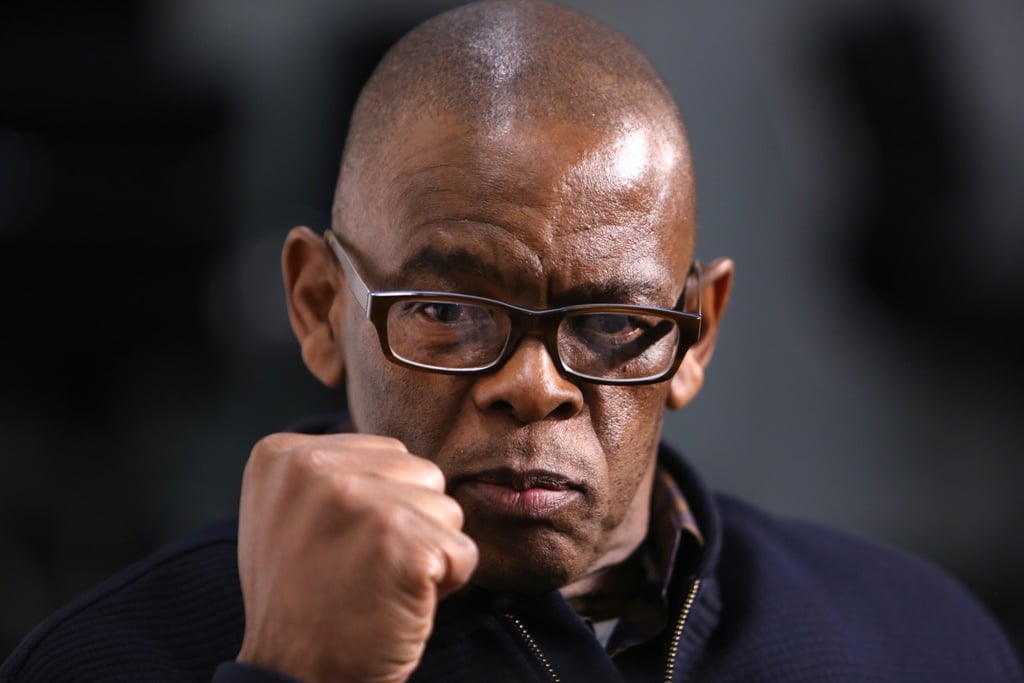 ANC secretary-general Ace Magashule reacted defensively in an effort to deflect questions about Jacob Zuma's defiance of the State Capture Inquiry, saying the former president should not be suspended from the party for what he believes in.

"Leave president Zuma alone," Magashule said when asked about the ANC's reaction to Zuma's statement that he would defy a Constitutional Court order to appear in front of the Zondo Commission.

"He is not defying," Magashule told journalists, "just leave him".

"What is the problem? What has Zuma done now?"

Magashule spoke to a huddle of journalists in front of the house of the late SACP stalwart, Rebecca Kotane, in Diepkloof, Soweto, on Wednesday afternoon, where he went to pay his respects.

"President Zuma is a South African, he has his own rights, you can't want me to talk on behalf of president Zuma."

Asked whether the ANC would entertain calls to suspend Zuma, after commentators said it should be possible to discipline the former president for bringing the party into disrepute, Magashule said: "No, why should we suspend a person who believes in what he believes?"

He added: "President Zuma has the right to do whatever he wants to do. Don't make me talk on behalf of president Zuma. We have not discussed this matter, so I don't see what is the issue here."

He also asked what Zuma had done that he should be called to order.

ANC spokesperson Pule Mabe earlier told News24 the ANC would only comment on this matter once the party's national executive committee had discussed it at its upcoming meeting on 13 and 14 February.

Asked whether he thinks Zuma is being treated unfairly, Magashule said: "Let's discuss it as an organisation first before I express my own individual views. Cheers."

He said he would express his views "at the right time".

Asked whether he thought the courts were targeting Zuma unfairly, Magashule said: "We will one day talk about what is happening in South Africa. There are many wrong things that are happening in this country. We will go to the days of the [Truth and Reconciliation Commission] when Wouter [Basson] refused to go to the TRC."

Magashule alleged that the media was not commenting on that issue anymore.

A huddle of supporters at the impromptu briefing burst out in cheers and song as Magashule spoke about Zuma during what, at times, became a heated press briefing.