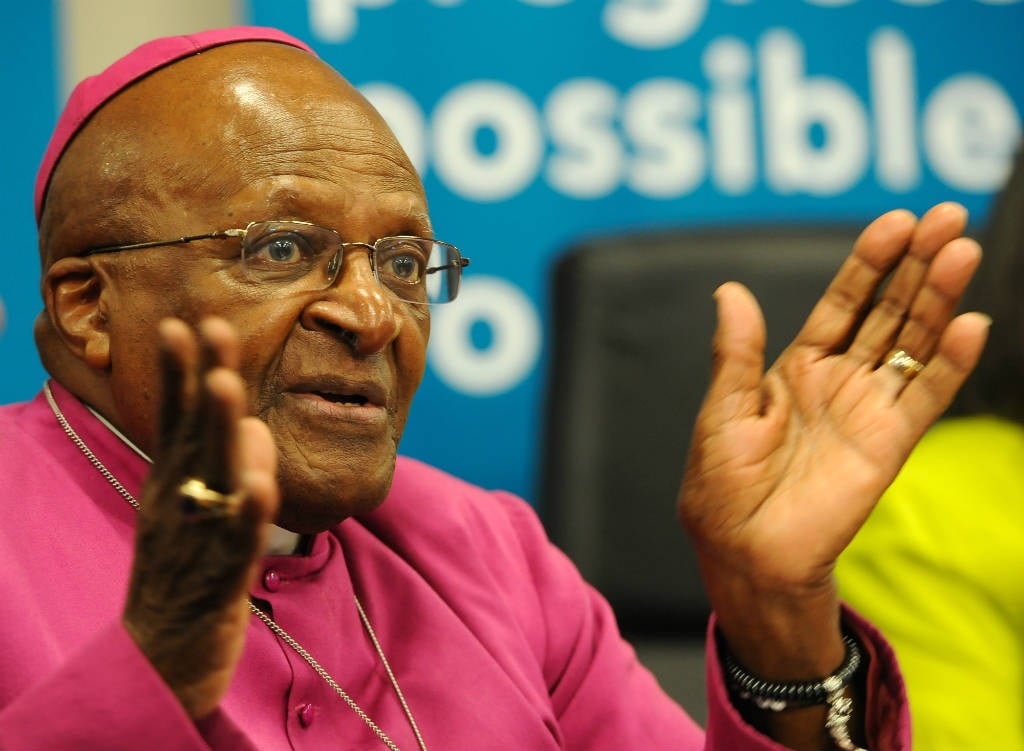 Archbishop Emeritus Desmond Tutu was larger than life and a blessing to so many in South Africa and around the world, the Nelson Mandela Foundation said on Sunday.

OBITUARY | Desmond Tutu: Tenacious, charismatic, and a thorn in the National Party and ANC's side

"The loss of Archbishop Emeritus Desmond Mpilo Tutu is immeasurable. He was larger than life, and for so many in South Africa and around the world, his life has been a blessing. His contributions to struggles against injustice, locally and globally, are matched only by the depth of his thinking about the making of liberatory futures for human societies. He was an extraordinary human being. A thinker. A leader. A shepherd. Our thoughts are with his family and friends at this most difficult time," the foundation said in a statement.

Foundation CEO Sello Hatang said he first met Tutu during the Truth and Reconciliation Commission, which Tutu chaired, and was privileged to work with him on several projects over the years.

[Former president] Nelson Mandela and the Archbishop Emeritus first met at a debating competition in the early 1950s. It would be four decades later before they met again, on the day that Mandela was released from prison. His first night as a free man was spent at the home of the Tutus in Bishopscourt, Cape Town. On that occasion before everyone retired for the night, Tutu offered a prayer of thanksgiving and led a singing of Reverend Tiyo Soga's famous hymn in isiXhosa, Lizalis'idinga lakho – Let your will be done.

Tutu and Mandela's friendship deepened over time until the former statesman died in 2013.

"There was a light, almost teasing quality, to their relationship. They relentlessly poked fun at each other's preferred attire. For instance – Mandela wearing his Madiba shirts and the Arch his robes. But they also collaborated on a number of important initiatives," said Hatang.

"When Nelson Mandela passed away in 2013, Archbishop Emeritus Tutu said: 'This is a man who cared.' As the foundation mourns today the passing of our beloved Arch, we, in turn, can say precisely the same of him. May he rest in peace."

"It is with great sadness that I have to announce that our dearly beloved Archbishop Emeritus of Cape Town – and the 1984 Nobel Peace laureate – Desmond Mpilo Tutu died a short while ago at the age of 90." - Archbishop Thabo Makgoba of Cape Town https://t.co/SmDx0yOBg5

"Archbishop Emeritus Desmond Mpilo Tutu overcame polio in his childhood, and nearly succumbed to TB in his youth. In the late 1990s he was diagnosed with prostate cancer, with which he lived for the past 23 years. In recent years he was hospitalised on several occasions to treat infections associated with his cancer treatment.  Typically, he turned his own misfortune into a teaching opportunity to raise awareness and reduce the suffering of others. He wanted the world to know that he had prostate cancer, and that the sooner it is detected the better the chance of managing it," said the trust's Mamphela Ramphele.

She added that South Africa and the world lost one of its greatest parents and role models, she said.

READ | Desmond Tutu in his own words

"The Arch was abnormally imbued with a sense of pastoral duty to serve the best interests of his species – the human family – and planet. To do the right thing. To make people feel part. To advance justice, humanness, peace and joy."

"His work is not done; it is in our hands now. All of our hands. There is a paucity of moral leadership in the world. The cliffs of climate disaster, consumptiveness, greed, inequality and injustice lie just ahead. People must find the means to humanise economies, social and political systems, to imbue them with sustainability, before it is too late."

City of Cape Town mayor Geordin Hill-Lewis said while the city mourns the passing of Tutu, it also celebrates the powerful and uplifting impact he had on the country and the world.

Today our city and our nation has lost our beloved "Arch". It is with great sadness that we bid farewell today to a man whose life was a living blessing to us all. Archbishop Desmond Tutu shaped South Africa for the better in ways that very few have done or will do. I know I speak for the whole city in conveying our deep condolences to Mama Leah, the entire Tutu family, and to his extended family in the global Anglican Church.

In a statement on behalf of the Anglican Church in South Africa, Archbishop of Cape Town Thabo Makgoba said Tutu believed that each person is made in the image of God and ought to be treated as such by others.

"Because he believed this, and because he worshipped God, he feared no one. He named wrong wherever he saw it and by whomever it was committed. He challenged the systems that demeaned humanity. He could unleash a righteous anger on those – especially the powerful – who inflicted suffering upon those the Bible calls 'the least of these, my brothers and our sisters'. And when the perpetrators of evil experienced a true change of heart, he followed the example of his Lord and was willing to forgive. Desmond Tutu's legacy is moral strength, moral courage and clarity. He felt with the people. In public and alone, he cried because he felt people's pain. And he laughed – no, not just laughed, he cackled with delight when he shared their joy," Makgoba said.