Widows and family members of the 34 slain miners gather to observe the sixth anniversary of the Marikana massacre in Rustenburg.
PHOTO: Tebogo Letsie/Foto24/Gallo Images/Getty

Zameka Lehupa, one of the widows of the Lonmin miners who died in what has become widely known as the 2012 "Marikana massacre", wants President Cyril Ramaphosa to apologise.

She also wants 16 August, the day the miners died, to be declared a public holiday.

Speaking on Wednesday during a commemorative event hosted by the Socio-Economic Rights Institute (Seri), Lehupa said the wheels of justice were turning slowly for affected families and that they were left with more questions than answers 10 years later.

No one has come forward to explain why our husbands were killed. Police officers who shot them have not been arrested. Unlike us, they are still with their families. Yet, because of their intent to kill, we are the Marikana widows. The death of our husbands was not a mistake. You can't shoot someone seven to 10 times and call that a mistake.

Lehupa added that although Ramaphosa was the deputy president when the massacre occurred, as a Lonmin board member, he could have acted as a unifier between the company and striking employees.

The miners were demanding improved living conditions and a wage increase of R12 500 after deductions.

"Ramaphosa should have supported the striking mineworkers. I will never understand why they were massacred for demanding higher wages and improved living conditions. The president should have come to us. He visits other places, locally and internationally, but he never sets foot in Marikana. He doesn't even know about our living conditions," Lehupa added. 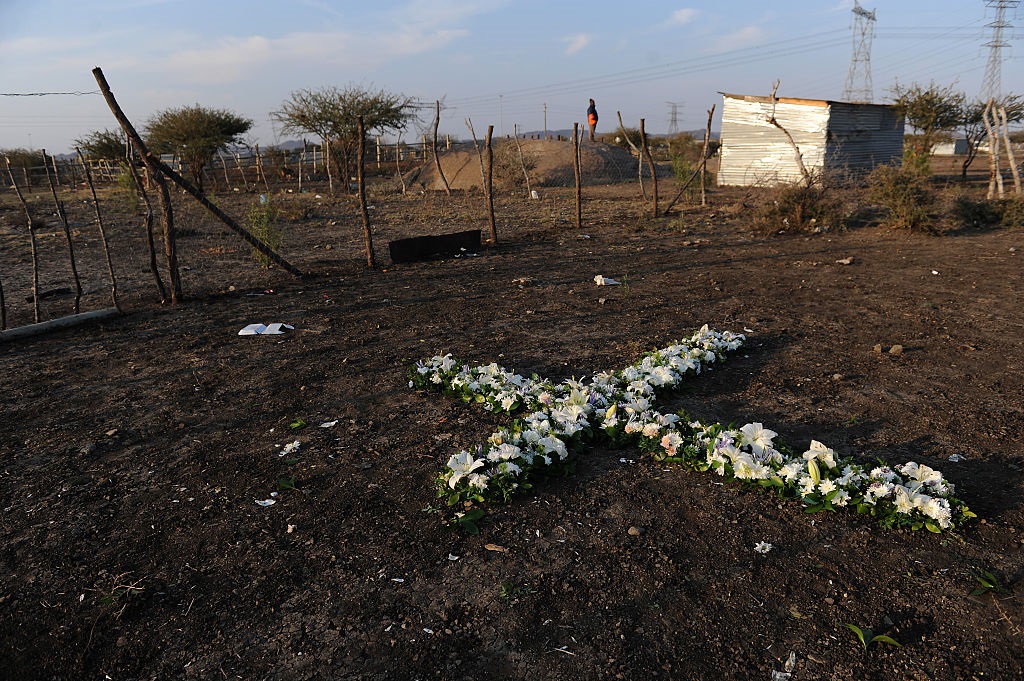 A remembrance cross made of flowers is seen during a commemoration of the 2012 Marikana massacre.
Getty Images Felix Dlangamandla/Foto24/Gallo Images/Getty Image

She added that Lonmin Platinum Mine's role in the massacre was often overlooked.

READ | ‘What about our loss?’ – relatives of those killed in lead-up to Marikana massacre

"The mine launched an education trust for our children but they haven't compensated us, widows, in any way. We have nothing to show from that company," she said.

She also lamented the lack of support from the ANC Women's League, adding that they should have shown support for the widows.

Aisha Fundi, whose husband died before the 16 August massacre, echoed Lehupa's call for an apology and for the commemoration of the massacre.

We can commemorate the week that changed our lives between August 10 and 16.

The attorney representing the injured and arrested mineworkers, Andries Nkome, said Ramaphosa, the state, and Lonmin Platinum Mine should be held accountable for their roles in the massacre.

"Justice for Marikana should be criminal liability for those that are involved; Ramaphosa, Lonmin and the state. It should be the mining company making sure there is better housing, sanitation, better education, and that there are better roads in Marikana. None of these things have been implemented," Nkome added.

Thirty-four mineworkers were killed on 16 August 2012, when police opened fire on them.

Ten people, including Lonmin mine security guards and police officers, had been killed on 10 August.

Lonmin was bought by Sibanye-Stillwater in 2019.