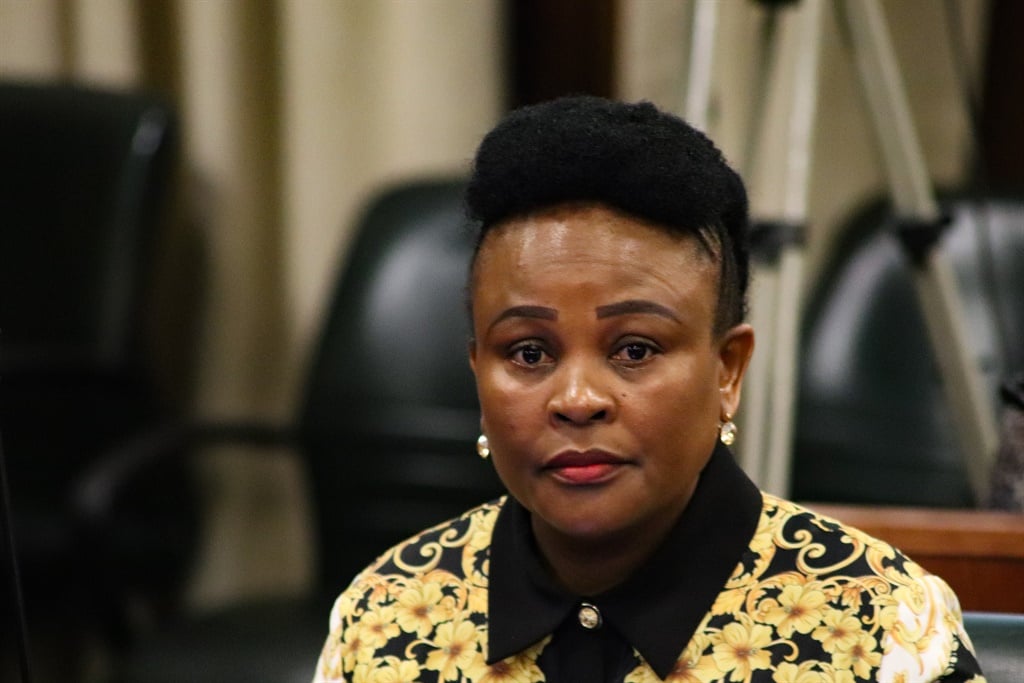 In August this year, the court handed down the scathing judgment declaring that Mkhwebane had failed the people of South Africa in the way she dealt with the investigation. It set aside Mkhwebane's report on the Vrede dairy project, declaring it "unlawful, unconstitutional and invalid".

Tolmay ordered the Public Protector, in her official capacity, to pay 85% of the DA's costs on an attorney scale and 85% of the costs of the Council for the Advancement of the South African Constitution (Casac). Mkhwebane was ordered to personally pay 7.5% of the DA's costs, as well as 7.5% of Casac's.

In dismissing the leave to appeal application on Friday, Tolmay said her ruling considered Supreme Court of Appeal judgments and Constitutional Court judgments which had set the parameters for how and why costs orders should be given.

Limited in carrying out duties

Regarding the judgment on the merits, Tolmay noted that the Public Protector had been tasked with investigating the matter again and therefore, in the interest of the public, further resources should not be spent on appealing the merits because the matter was academic.

News24 previously reported that the Public Protector argued Tolmay had exercised her judicial discretion too far when granting the personal costs order.

Advocate Francois Botes, on behalf of the Public Protector, further argued that his client would be limited in carrying out her constitutional duties objectively should she be under the threat of a personal costs order.

"The impression that it has created … there is a message to the office of the PP that if she conducts herself in a robust manner in order to give effect to what is provided for in the Constitution … she might be [dealt] costs, and personal costs, under specific circumstances where her approach was bona fide [and] honest," Botes argued at the time.

Meanwhile, the DA has welcomed the High Court's dismissal of the leave to appeal application.

In a statement after the judgment, the DA's leader of the opposition in the Free State legislature, Roy Jankielsohn, said the ruling "is a victory for the 80 beneficiaries of the project and the people of the Free State who have already been waiting for seven years for redress and justice".

"She must now carry out a comprehensive investigation and ensure that her recommendations are in line with her role to ensure justice for the marginalised people in our society and remediate malfeasance in government," said Jankielsohn.

We live in a world where facts and fiction get blurred
In times of uncertainty you need journalism you can trust. For only R75 per month, you have access to a world of in-depth analyses, investigative journalism, top opinions and a range of features. Journalism strengthens democracy. Invest in the future today.
Subscribe to News24
Related Links
Mkhwebane: Lowlight of the year was ConCourt personal costs order
Mkhwebane vs Baloyi: Court dismisses urgent application, says it does not have jurisdiction to...
Public Protector Estina judgment reached because of the poor and vulnerable, judge says
Next on News24
LIVE | Covid-19 in SA: 453 new cases as death toll hits 88 674

Lucky Sunday for 3 Daily Lotto players
Full list of lottery results
Lockdown For
DAYS
HRS
MINS
Voting Booth
Children between 12 and 17 can now be vaccinated against Covid-19. As a parent I am:
Please select an option Oops! Something went wrong, please try again later.
Relieved, it's been a long wait to this point
51% - 116 votes
A bit hesitant, and will wait to see how it goes
24% - 55 votes
Completely against my child getting the shot
24% - 55 votes
Previous Results
Podcasts
PODCAST | Ballot Box: Why Facebook is not doing enough against election misinformation