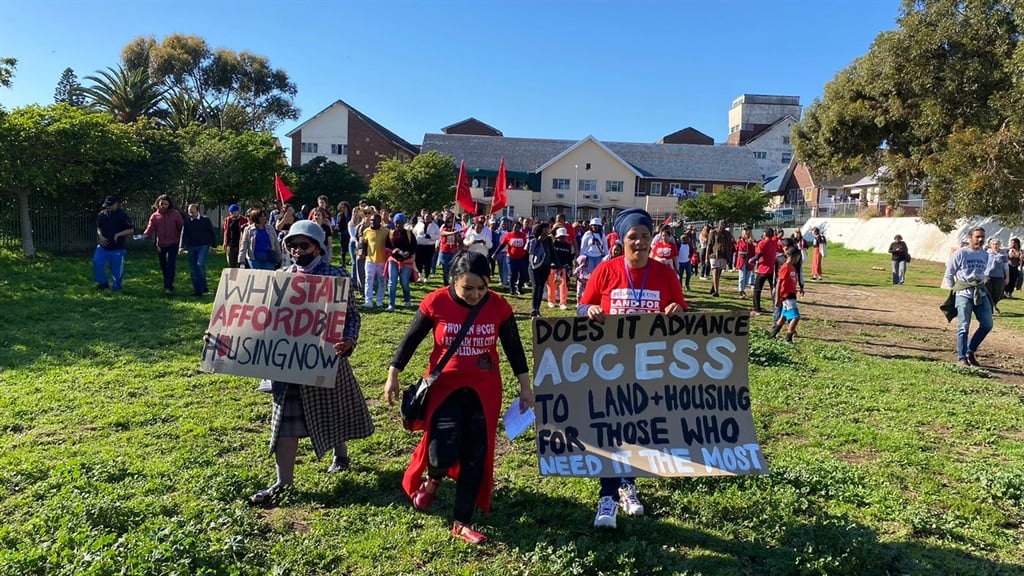 Housing activists are accusing the City of Cape Town of delaying the delivery of affordable housing in the inner city.

They held marches on Saturday to mark the day when the City released 11 parcels of well-located land within the City Bowl five years ago. These were supposed to be used for affordable housing.

Reclaim the City, in partnership with Ndifuna Ukwazi, hosted the "Empty Plots and Promises Commemoration Walking Tour" to remember the time that had passed since the promise to deliver affordable housing on 11 sites in Woodstock, Salt River and the inner city.

"This walk intends to reset pressure on the City of Cape Town to meet its constitutionally mandated obligation to address spatial apartheid through advancing access to land and adequate housing in well-located areas," said Reclaim the City media officer Karen Hendricks.

Hendricks added that she believed the City lacked the necessary urgency to develop the sites since 2017.

"The demands of Reclaim the City and Ndifuna Ukwazi is for the City of Cape Town to urgently deliver affordable housing in well-located areas to accommodate people who could otherwise not afford to live close to the inner city, and to undo the legacy of spatial apartheid," she said.

"Apartheid spatial planning remains one of the biggest challenges in Cape Town, and the lack of spatial integration continues to hinder access to opportunities for the majority of residents," he added. The City's mayoral committee member for human settlements, Malusi Booi, said the City currently had more than 6 500 social housing units in the pipeline across 50 land parcels citywide, including 2 000 in central Cape Town.

"[The] Western Cape government-driven projects, supported by the City, include the Conradie Park development in the inner city feeder suburb of Pinelands, Founders Garden, and Helen Bowden Nurses Home in Green Point. All [sites] have significant potential for social housing unit yields," he added.

Booi said the City was a pioneer in the development of a social housing programme.

He added that the City faced massive constraints due to buildings that have been hijacked and unlawfully occupied by activists.

"The orchestrated building hijackings of March 2017 by Ndifuna Ukwazi under the Reclaim the City banner, in particular, have delayed flagship social housing projects in central Cape Town. We are determined to fast track this social housing through the correct legal channels," Booi said.