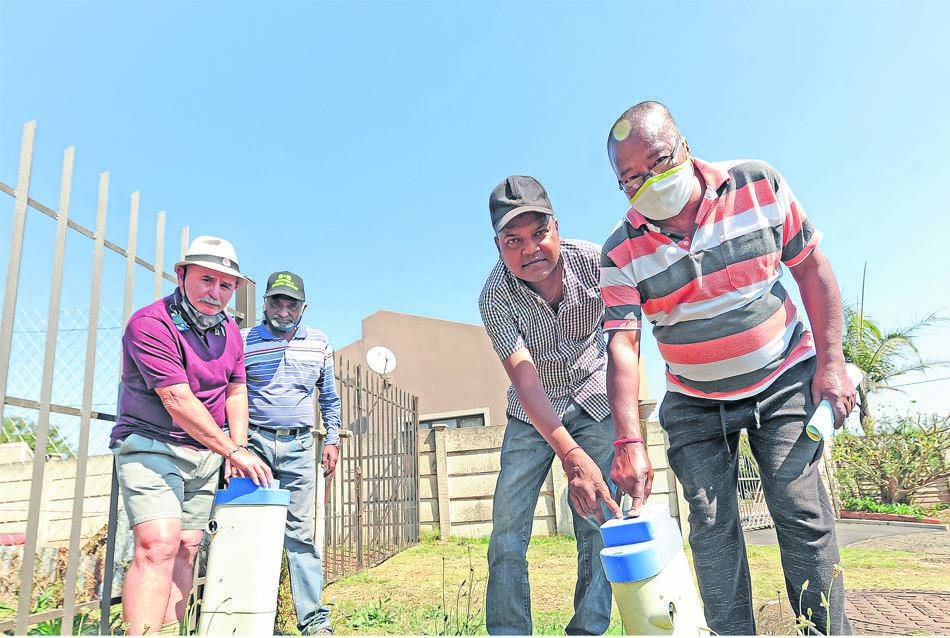 They said they sometimes went without water for three days at a time and outages happened every other week, either due to failing infrastructure or load shedding.

“Whenever there’s no electricity we also don’t have water and when the power comes back on it takes a while for the reservoirs to fill up and by that time we could be load shedding again,” said Priya Bhagwandin.

She said the most-affected sections were those at the top of the hill and closer to the reservoir. “I don’t how many times our kids have gone to school without a bath because of this.”

Local schools sometimes have to close due to water outages because of hygiene concerns.

“When the water tankers eventually come they service certain areas and leave out others. I’ve seen water tankers on the other streets and the drivers promise that they will be coming my side but they never do so. We have to buy water from the supermarket.”
Howick West resident, Sanil Ramnarayan.

Water leaks are a regular feature and residents said uMgungundlovu’s turnaround time in addressing them left much to be desired. They said the call centre never gave out reference numbers when they made reports, which made it difficult to follow up on reported incidents when they had not been attended to.

“When the water tankers eventually come they service certain areas and leave out others. I’ve seen water tankers on the other streets and the drivers promise that they will be coming my side but they never do so. We have to buy water from the supermarket,” said Sanil Ramnarayan.

He had also been having a problem with his bill which was between R2 000 and R3 000 a month yet it was only he and his young son living on the property. He said he had been sent from pillar to post when he tried to query it. There were several other reports of billing issues with some alleging that meters were running even when they had no water.

The DA’s Hazel Lake said she had been reporting the Howick West water woes to the district and commitments were made by the management to address them but never followed up.

Veteran councillor Mike Bond said the DA had long been proposing the district invest in diesel pumps to help when there were power outages, but this was ignored. “Now we don’t just have power outages, we have load shedding and it’s here to stay. We have to find a way to continue providing our communities with water even when Eskom is having its problems,” he said.

Bongumusa Nhlabathi, who is the DA caucus leader in uMgungundlovu, said the problem of ageing infrastructure and lack of maintenance was a districtwide problem. He said despite this, the municipality continued to approve budgets that failed to prioritise its infrastructure.

“The priority is always salary increases instead of the provision of uninterrupted water supply to our communities yet we are accused of political point scoring when we say this municipality must be placed under administration because it’s completely dysfunctional.”

District spokesperson Brian Zuma said the municipality was aware of the problems in Howick West and that was the reason behind the ongoing upgrades to increase the capacity of the reservoir in the area. He said the pipeline also needed to be upgraded but that would be done as soon as funding became available.

He said they had also received complaints about the water tankers leaving out certain areas and the district was now working on monitoring their movements.

“In terms of the call centre, just last week council approved the resuscitation of the rapid response task team and complaints management system. The speaker will be calling his first meeting soon and that’s where they will come up with strategies on how the municipality will manage and respond to consumer reports.”

Zuma said this was aimed at fast-tracking the turnaround time in terms of service delivery complaints.