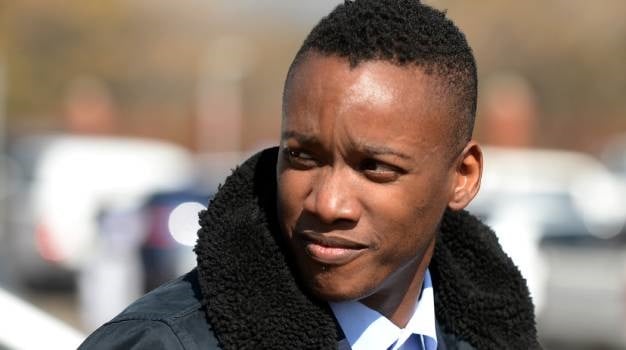 Zuma claimed in an affidavit that there were rumours that Hlongwane, a controversial figure linked to arms deal corruption claims, had blackmailed Jonas, News24 reported.

The meeting which he arranged was the infamous meeting in which, according to previous evidence, members of the Gupta family offered Jonas R600m to take up the position of finance minister. Jonas testified that Zuma drove him to the meeting.

"Firstly, I was not chosen. I decided to put the meeting together because there is a number of things being said in the background. I had raised this with Uncle Fana so by the third time, I asked him: 'Can we resolve this?' And I was left responsible for the meeting," Zuma told the inquiry on Monday.

READ: Ajay Gupta on Jonas finance minister offer claim: 'I was not even present'

The initial meeting was intended to take place at the Hyatt Hotel in Rosebank but due to privacy concerns, it was changed to the Guptas' Saxonwold compound.

Evidence leader, advocate Phillip Mokoena SC, probed why Zuma, a stranger to Jonas, was chosen to facilitate a meeting between two friends.

"Why would the two friends who knew each other for a long time decide that you are the one that must arrange the meeting?" Mokoena asked.

"I explained it earlier because one party knew about it (the rumour), another didn't," Zuma responded.

Commission chairperson, Deputy Chief Justice Raymond Zondo, found it "strange" that someone who is a stranger to one of the parties was asked to resolve the issue.

But Zuma said: "I do not find it strange. I have been in meetings where everyone is known to each and there are strangers in the issue but the common motive is to solely solve the issue. As part of putting the issues on the table they needed the horse's mouth, which was me."

Zuma's testimony comes as the commission delves into allegations of state capture, corruption and fraud in the public sector, including organs of state.

We live in a world where facts and fiction get blurred
In times of uncertainty you need journalism you can trust. For only R75 per month, you have access to a world of in-depth analyses, investigative journalism, top opinions and a range of features. Journalism strengthens democracy. Invest in the future today.
Subscribe to News24
Related Links
LIVE | Jonas knew we were going to the Gupta residence - Duduzane Zuma tells #StateCaptureInquiry
Duduzane Zuma set to appear before state capture inquiry
Duduzane Zuma annoyed over Jonas' state capture cross-examination delay
Next on News24
LIVE | 862 new cases and 31 more Covid-19 deaths in South Africa