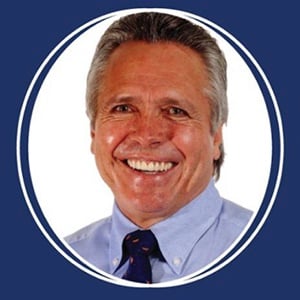 Former minister Nomvula Mokonyane has threatened to tell South Africa what former Bosasa COO Angelo Agrizzi "has done" in the wake of damning testimony linking her to the controversial company.

The former minister was speaking at the memorial service of former Bosasa CEO Gavin Watson, who died earlier this week after crashing into a pillar at OR Tambo International Airport in Johannesburg.

Mokonyane was implicated in testimony at the state capture commission of inquiry when Agrizzi testified that she was showered with gifts and illicit payments from the company.

Mokonyane took the opportunity at the memorial service to take aim at the media, saying the media had "broken ubuntu" in South Africa.

Mokonyane also said she wouldn't allow News24 and specifically News24 editor-in-chief Adriaan Basson, who is writing a book on the company, to tell her story.

She said Gavin Watson "left" before Basson knew who he was.

When the time was right, she would tell South Africa what Watson has done "and also tell you what Agrizzi has done".

She claimed the media only reported on the bad and the ugly.

"My story will not be told through Adriaan Basson, through News24. My story will be told by yourselves," she said to applause.

Speaking to Watson's family members and associates, Mokonyane said they were "hated with a passion" and claimed people had even "tried to kill us at one point… but we survived."

Mokonyane said that those associated with Bosasa and Watson were persecuted because they believed in a just and fair society.

"They never loved you because of your conviction," she said, adding that Watson had gone on to become a symbol of faith and pain.

"If your enemy is not happy, you must know you are in the right," she added.

She compared Watson to Jesus Christ and Chris Hani.

"They broke racial barriers," Mokonyane said, speaking about how the Watsons helped the ANC during apartheid.

Mokonyane again said she would one day tell her story - "not what Adriaan Basson wants to [say] in his book".

She added that should Basson ask her how she came to know Watson, she would say: "I've come to know Gavin Watson as a freedom fighter… I have never distanced myself [from him]."

She explained that this was because the Bosasa offices were friendly to the ANC and funded the ANC during a time when it was unpopular for white people to do so.

"Capital has no friend. Capital is evil," Mokonyane said. She claimed Watson "was not a capitalist" but "a fighter".

Only his creator could judge what he did with Agrizzi, she said, adding: "who are we to judge… there is a day called Judgement Day," she said.

Watson had "done his bit", Mokonyane added, saying it was his time to rest, but not sleep.

Basson is the author of a forthcoming book, Blessed by Bosasa, after investigating the company for 13 years.

"I sent Mokonyane a list of questions on Thursday and find it strange that she chose Watson's memorial to criticise me instead of answering the questions. I still hope that she will contribute to my book," Basson said in response.

We live in a world where facts and fiction get blurred
In times of uncertainty you need journalism you can trust. For only R75 per month, you have access to a world of in-depth analyses, investigative journalism, top opinions and a range of features. Journalism strengthens democracy. Invest in the future today.
Subscribe to News24
Related Links
Watson family attacks the 'vicious' media at memorial for former Bosasa boss
POLITICS PODCAST | Gavin Watson's legacy continues to haunt the ANC
WATCH LIVE | Gavin Watson remembered at Joburg memorial
Next on News24
LIVE | Covid-19 deaths in SA surpass 37 000