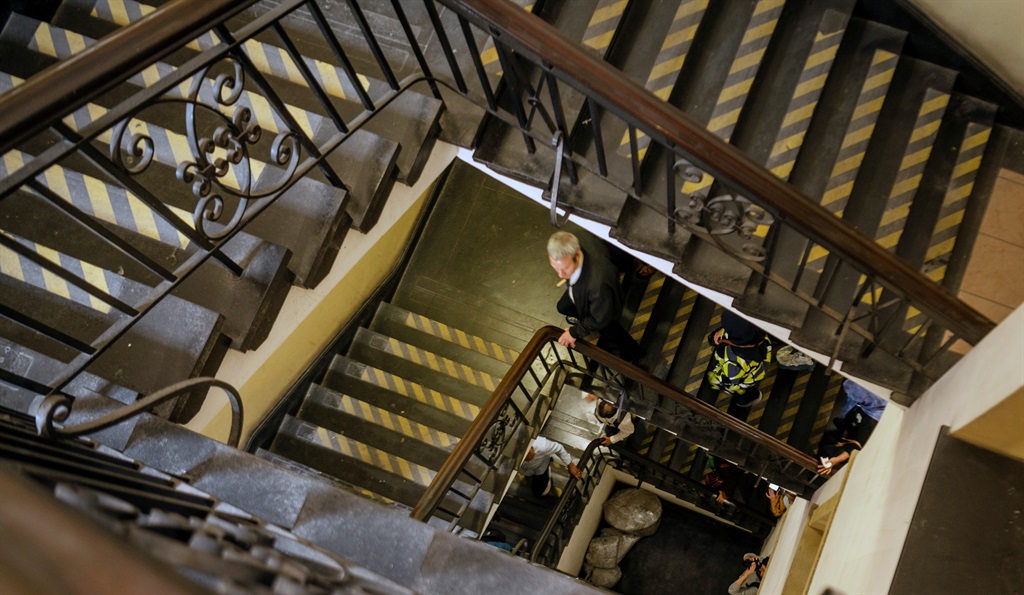 An expert witness in the reopened inquest into the death of anti-apartheid cleric Imam Abdullah Haron said his injuries did not match the Security Branch's explanation that he died due to injuries sustained while falling down the steps at Cape Town Central police station in 1969.

"...the police version that all Haron's injuries were sustained during a fall down a staircase is, in my opinion, not credible," aeronautics engineer Thivash Moodley told Western Cape High Court Judge Daniel Thulare, who is presiding over the inquest.

"In contrast, there are significant injuries on Haron's chest, inner right thigh and calf, both shins and the left hamstring which cannot be connected to the alleged fall," Moodley found.

He was said to have fallen down the steps at Caledon Square on 19 September, but there was no report on it before he died. By 27 September 1969, he was supposedly found dead in his cell in Maitland with 27 bruises and a broken rib.

His family was told that he had slipped on the steps and died due to the injuries he sustained.

An inquest in 1970 supported this, but after 53 years, the inquest was officially reopened on Monday.

With only one policeman connected with his detention still alive, the inquest drew on the scientific findings of Moodley on Tuesday. In the morning, the inquest delegation visited Maitland police station and the Cape Town Central police station. Moodley demonstrated several possibilities of how one could fall down steps to the judge and the families, lying on his back on the steps at one point during the discussion, and demonstrating controlled and uncontrolled falls.

He presented research on falls by the elderly and the injuries they typically sustained.

He considered Haron's body weight, height, the height and slant of the steps at the police station, and whether his injuries could have been sustained by losing his footing and slipping down the steps.

I do not believe a lot of those injures [except for one] could have been sustained in a fall.

Thulare asked him pointedly if the Security Branch lied about how Haron had died.

But Moodley preferred to rely on the science of falling and flying and said: "My Lord, I wouldn't want to go to that extent."

He said the injuries were not consistent with a fall backward or forward. The tell tale signs of injuries for falls were bruises in the shape of long lines to indicate the edge of a stair or facial injuries for a forward fall. The cell at Maitland Police Station where Imam Haron died is seen during the inquest inspection on 8 November 2022.
Gallo Images Brenton Geach He reiterated that the injuries were not consistent with the explanation of Security Branch policemen, Major Dirk Kotze Genis and Sergeant Johannes "Spyker" van Wyk, that Haron had taken an innocent tumble as he rounded the landing for the next set of steps.

According to the information available, Genis was walking in front of Haron as they headed through a gate from an interrogation room, down the steps, followed by Van Wyk. Genis said he heard a "splashing" sound and saw Haron fall down the steps.

Even allowing for all measures of calculations involving kinetic energy, different parts of the body hitting the ground at different times and speeds, and the almost imperceptible angle to the step to allow water to run off it, Moodley still did not accept this explanation, based on the imam's injuries.

The inquest continues on Wednesday.