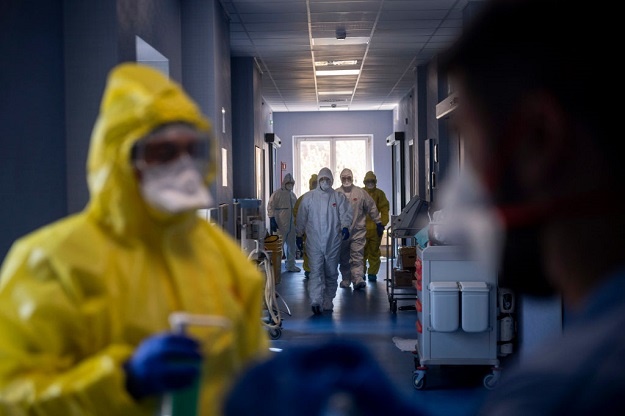 KwaZulu-Natal Premier Sihle Zikalala on Tuesday presented his province's response plan for Covid-19 to President Cyril Ramaphosa, which reveals how they are dealing with the pandemic.

He divulged a great deal, including the measures put in place to deal with the predicted surge in infections in the coming months for the second most populated province in SA.

While the province is identified as one of the main infection centres in SA, Ramaphosa said KZN has so far done well. He did, however, add that more had to be done.

According to national figures released on Tuesday evening, KZN had 1 142 confirmed infections, and 36 deaths.

Here are some of the other numbers in KZN:

- Latest provincial figures, as of 3 May, indicated that 268 of the total cases were in hospital isolation

- The monitoring of 1 314 is currently still in play

How many beds for patients does KZN have?

What about the homeless in KZN?

- Zikalala revealed that in 11 districts, 61 shelters were identified

- Of this, just 29, less than half, were functional

- A total of 2 125 homeless has been accommodated

- The majority from eThekwini Metro, with 1 669

- Total convictions in court since 30 March is 239, with another 18 under investigation for spreading fake news

- 225 schools have had incidents of theft, burglary, vandalism and arson. Nine people have been arrested.

- There have been nine cases opened against police officers. Included in police stats were eight infected officers, of which four recovered, two are in isolation, one in hospital and one who died.

- Zikalala revealed SAPS have opened 449 cases related to gender-based violence since 27 March; 10 of which were reported at the national gender-based command centre. This included three elderly abuse cases, one marital matter, three child abuse cases, one harassment matter, one destitute family and one case of domestic violence

We live in a world where facts and fiction get blurred
In times of uncertainty you need journalism you can trust. For only R75 per month, you have access to a world of in-depth analyses, investigative journalism, top opinions and a range of features. Journalism strengthens democracy. Invest in the future today.
Subscribe to News24
Related Links
FAKE NEWS | Netcare rejects claim that lab found Covid-19 on fresh fruit
Another KZN hospital closes its doors after two babies, 14 others test positive for Covid-19
Cops investigating death of nurse who was found in KZN hospital toilet
Next on News24
LIVE | Covid-19 in SA: Cases rise by 3 049 as death toll goes up by 13