Ingonyama Board chairperson asked to stop calling himself a judge Chief Justice Mogoeng Mogoeng has asked the chairperson of the Ingonyama Trust Board (ITB), Sipho Jerome Ngwenya, to "distance himself" from the title of judge.

In a statement on Tuesday, Mogoeng said only judges still on the bench or retired judges could use the title.

He said Ngwenya was appointed as a judge in 2000, but later resigned.

Ngwenya later applied to become a judge again, but was unsuccessful.

"He cannot, therefore, project himself in documents or be regarded as a judge or honourable justice," the statement from the chief justice read.

According to the statement, Ngwenya had allowed people to regard, address and treat him as a judge or justice. 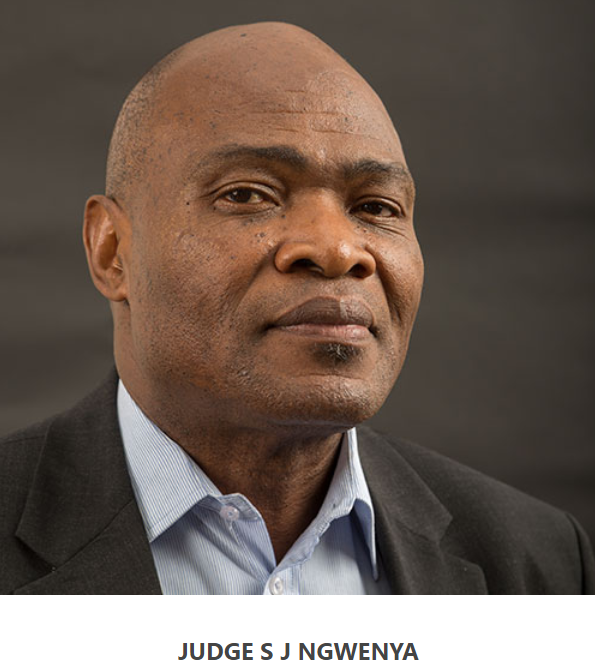 "The chief justice wishes to inform the public that, once a person resigns from judgeship, he or she can no longer be regarded as a judge," the statement said.

The chief justice added that the Judicial Service Commission (JSC) cannot take steps against a person who has resigned as a judge, if they are alleged to have been unethical.

Only those subject to the authority of the JSC could be addressed and treated as judges.

This means that anybody who impersonates a judge can harm the judiciary without adverse consequences.

The Witness reported that Ngwenya did not regard the instruction as being from the chief justice himself, but rather from officials in Mogoeng's office.

"Surely, if the chief justice wanted to say something to me, he would have addressed me directly."

Ngwenya was reappointed as chairperson of the interim board, as the royal nominee, when the board's term of office expired at the end of August.

Agriculture, Land Reform and Rural Development Minister Thoko Didiza appointed an interim board from 1 September, until the new board was appointed.

According to the trust's website, the sole trustee to land under the Ingonyama Trust in KwaZulu-Natal is Zulu King Goodwill Zwelithini kaBhekuzulu.

The government's official website also lists him as a judge.

We live in a world where facts and fiction get blurred
In times of uncertainty you need journalism you can trust. For 14 free days, you can have access to a world of in-depth analyses, investigative journalism, top opinions and a range of features. Journalism strengthens democracy. Invest in the future today. Thereafter you will be billed R75 per month. You can cancel anytime and if you cancel within 14 days you won't be billed.
Subscribe to News24
Related Links
Ingonyama Trust Board chair will not drop title ‘judge’
ITB board shaken up
‘Not the African way’
Next on News24
LIVE | Covid-19 in SA: 3 801 new cases

Here are the Daily Lotto numbers
Full list of lottery results
Voting Booth
Have you and your family been counted in Census 2022?
Please select an option Oops! Something went wrong, please try again later.
Yes
47% - 3586 votes
No
53% - 4005 votes
Previous Results
Podcasts
PODCAST | The Story: How one incident at Stellenbosch University sheds light on deeper issues