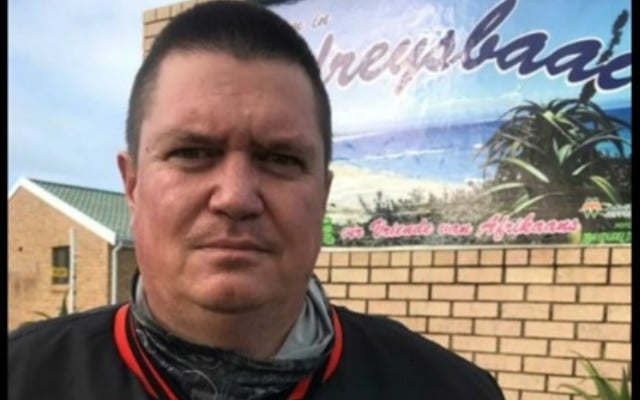 Willie Breedt, CEO of VaultAge Solutions who is alleged to have scammed bitcoin investors out of millions. (PHOTO: Supplied)
Supplied

An urgent application will be filed in the High Court in Port Elizabeth this week against Willie Breedt, the defunct CEO and owner of the cryptocurrency scheme, VaultAge Solution (VS).

News24 earlier reported how around 2 000 investors, who had paid around R277 million into the accounts of Breedt's company to purchase cryptocurrency, including bitcoin, feared all their funds are lost.

Gordon Kayser of the legal firm GTA Kayser Attorney in Pretoria, assisted by investor Annette Veldsman, met with advocates on Tuesday to discuss the class action.

"We aim to have the application where we will seek relief from the court, before the High Court at the end of the week," said Veldsman.

Breedt broke off most of the personal contact with investors shortly after going on holiday to Mozambique in December.

In January, after a short stint in hospital, Breedt closed his offices and moved from Featherbrooke Estates in Krugersdorp to the well-known Marina Martinique Estate in Aston Bay near Jeffreys Bay.

Following the move, the only communication members received was the odd e-mail telling them their money was safe and that their money would be repaid.

Despite this, investors did not receive any payments. Breedt told News24 that repayments would start on 30 May. This did not happen either.

Currently a criminal case against Breedt is being investigated by the Hawks in Limpopo.  This came after he allegedly falsified a proof of payment document sent to an investor.

News24 reliably established that Breedt's financial problems started in November when there was an apparent slump in the cryptocurrency market.

He was apparently hoping the markets would recover sufficiently enough so he could recoup the millions he had lost.

In the meantime, an investigation by VS clients revealed that one of Breedt's accounts which previously held $3.15 million (R52 million) was now empty.

Except for sending a picture of himself holding a local newspaper standing in front of a sign board in Jeffreys Bay, Breedt did not respond to any written questions submitted to him.

We live in a world where facts and fiction get blurred
In times of uncertainty you need journalism you can trust. For 14 free days, you can have access to a world of in-depth analyses, investigative journalism, top opinions and a range of features. Journalism strengthens democracy. Invest in the future today. Thereafter you will be billed R75 per month. You can cancel anytime and if you cancel within 14 days you won't be billed.
Subscribe to News24
Related Links
Investors fear cryptocurrency CEO accused of stealing millions could be on the run
Next on News24
BREAKING NEWS LIVE | SANDF denies claims that member injured during training has died