A Cape Flats family is eagerly awaiting the arrival of quadruplets - three girls and a boy - in September.

Tafelsig mom Berenice Jacobs, 35, said she always wanted a daughter but that she and her husband were not planning to have more children because being a mom of three boys was challenging enough.

I've always wanted to give my husband a little girl. We have three boys already, but because we are both unemployed, bringing more kids into the world wasn't part of the plan at all.

When she missed her menstrual period in March, she knew that she hadn't taken any contraceptives and had a "feeling" that she was pregnant. 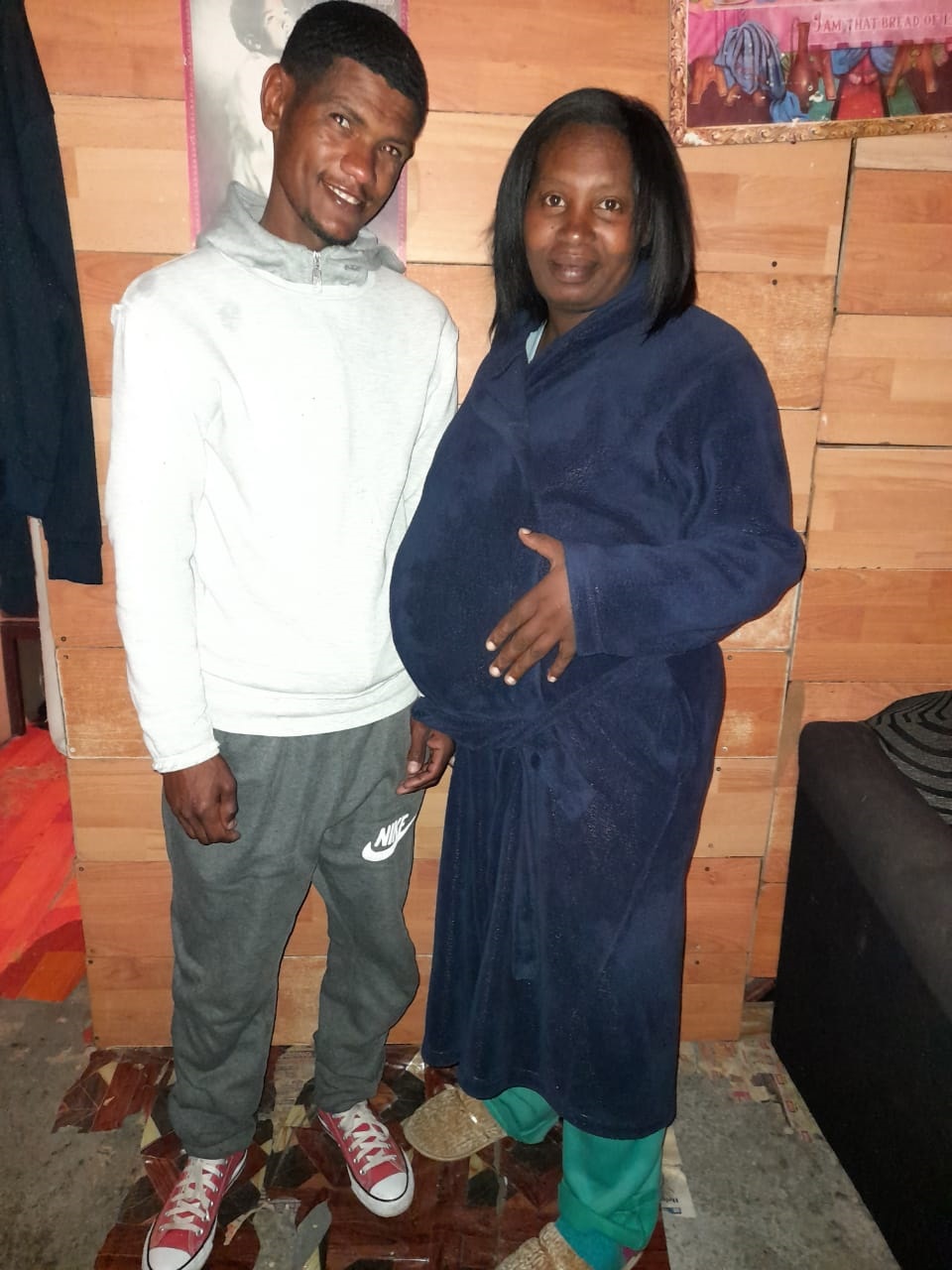 Berenice Jacobs and Melvyn Loots said they cannot wait to finally have little girls in the house.
Supplied Supplied

"I bought a pregnancy test at the local corner shop. When I got home, I took the test immediately and it confirmed I was pregnant. I was very confused,"  Jacobs said.

She said she rushed to tell her husband, Melvyn Loots, and that he was very happy about the news.

"My biggest concern was how we are going to provide for the baby as we are both unemployed and it is already hard enough trying to put food on the table for my wife and boys,"  Loots said.

But little did they know what awaited them.

Jacobs went to the Tafelsig Clinic for her first scan in June and the nurse advised her that the scan didn't confirm what she had heard when she listened to the baby's heartbeat. She was admitted to Lentegeur District Hospital the next day.

"When I went to the hospital the nurse did another scan. I was then told by the nurse they are picking up three heartbeats," she said.

"The doctor told me on that day that I was carrying two girls and one boy, I couldn't believe what they were telling me, it still seems like a dream," she said.

Jacobs was referred to Groote Schuur Hospital on 6 June for another scan to make sure the babies were alright.

"Whilst waiting in the doctor's room, the doctor scanned me and then looked deeper onto the scan screen, it was then that the doctor told me I'm carrying four babies, the one girl was hiding behind the other girl which is why the previous scans didn't pick up the fourth heartbeat," she said.

Jacobs said that when she arrived at home and told her husband the news, they both sat on the bed in their Wendy house and started thinking about how they would provide for the babies.

Life is very difficult. I haven't been working for the past three years. Covid-19 has made it even more difficult for me to find a job.

But the proud dad is counting down the days to the birth of his little girls. Mom and dad with two of their boys.
Supplied Supplied

"I've always wanted to be a dad of girls. Now my wife is giving me three girls. I feel very blessed. Now I just need to find a job so I can provide for my family. That is what is stressing me out," he said.

"My dream is to one day get my own house. We're going to be nine people living in this Wendy house soon. I just want to give my family the best," he said.

Jacobs says she can't wait to meet her babies or dress up the little girls and try new hairstyles on them.

"My husband and I have been surrounded by our three boys for the longest time, and we are very excited to have the girls and another brother join the family," she said.

Jacobs is due to return to the hospital this week and will be staying there until the babies are born.

"The doctors said I will have to have a Cesarean for the safety of the babies. They will be born before October as my body is too small to handle all the babies in my stomach. I'm very nervous," she said.

"The doctor told me the boy is eating most of the food which is why one of the girls is very small. She is not getting enough oxygen and food, which is why we're having a C-section asap," she said, adding that she has craved peanut butter sandwiches and lots of meat during her pregnancy.