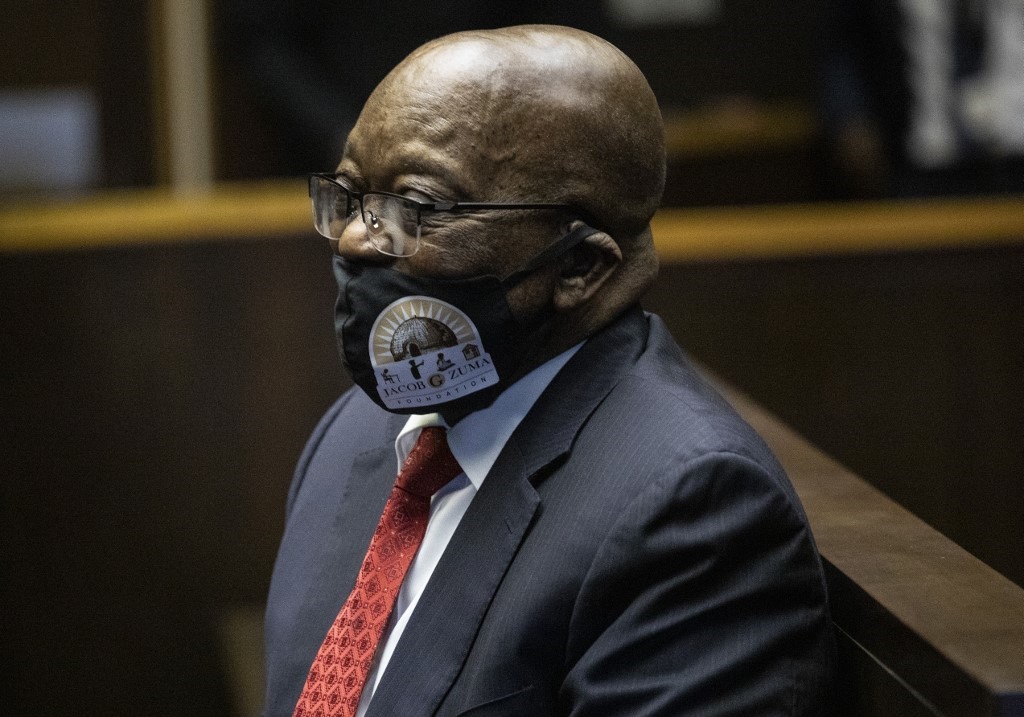 The Jacob Zuma corruption trial has been postponed for the last time in 2020 and the case is scheduled to go ahead next year, on 23 February.

Senior State advocate Billy Downer stood before Judge Nompumelelo Radebe in the KwaZulu-Natal High Court in Pietermaritzburg on Tuesday, where he requested a consent order for the postponement. The parties - Zuma, French arms company Thales and the State - agreed to the postponement.

Radebe granted the order and stated that several issues, including Thales' review application to have the racketeering charges thrown out, were given as reasons for the postponement.

"Both accused are in absentia and with permission of this court. Having read papers on the record and considered submissions by the State and accused, the court orders a postponement for pre-trial issues."

Among the other issues that needed clarity were further particulars that Thales requested and international travel for some of the company's representatives.

In the review application, advocate Barry Roux, SC, who represents Thales, argued there was no evidence they had knowledge of bribes paid that Schabir Shaik paid to Zuma.

News24 previously reported that Roux said the State erred in its decision to charge Thales in the case, which involves an alleged 783 corrupt payments Shaik made to Zuma.

Roux argued there was no evidence that Thales had any knowledge of the alleged bribes. He said the prosecution and National Director of Public Prosecutions did not properly peruse the full docket.

He also said Thales was being held responsible for payments made to Zuma that they did not participate in.

"They must conduct or participate in it. Actual participation is required. When you look at the State's application, it clear[ly] stated there was enough to rely on [Thales'] awareness of bribes. Even if there was awareness, they never entertain the notion that it must be participation.

"Bribery or money laundering must be through an enterprise. You must do it consciously," he had said.

ALSO READ | Jacob Zuma: Indicted by his own words and behaviour

News24 previously reported that advocate Wim Trengove, SC, who represents the State, maintained the argument that they did not rely on direct evidence, but rather on circumstantial evidence,

He said it was not a case of just awareness of bribes.

"It is not mere awareness. They were aware of retainer payments, then they joined in. They did two things. They agreed to pay money to bribe Zuma to frustrate the investigation into their own corruption. That makes them an accessory after the fact."

Trengove added that buying into an "ongoing retainer" proved participation.

It is unclear when judgment will be delivered. The judges stated that a date for the judgment would be announced.

R213k for two Daily Lotto players!
Full list of lottery results
Lockdown For
DAYS
HRS
MINS
Voting Booth
When and why would you have your or your partner's sperm count checked?
Please select an option Oops! Something went wrong, please try again later.
That's an unnecessary procedure
16% - 711 votes
As soon as we decide to start a family
7% - 315 votes
Only if we're struggling to conceive
76% - 3288 votes
Previous Results
Podcasts
PODCAST | The Story: Public Protector Busisiwe Mkhwebane's fate hangs in the balance