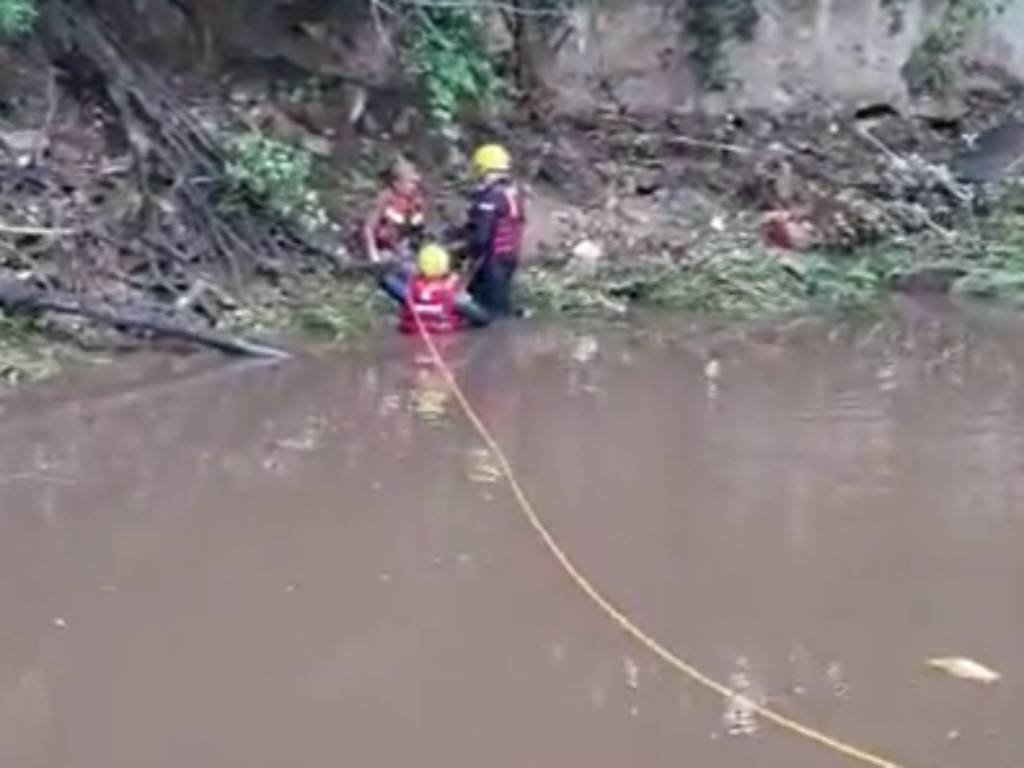 Search operations for missing people who were swept away while attending a church ritual in the Jukskei River have been called off due to heavy rains.
PHOTO: Twitter/@RobertMulaudzi

Confused and stressed - this is how the family of Thokozani Sibanda, 33, who went missing over the weekend, felt while waiting outside the Hillbrow mortuary.

On Monday, the families of those who were swept away during a baptism ceremony in the Jukskei River on Saturday gathered at the mortuary to identify their loved ones.

While some family members did not want to speak to the media, Sibanda's family told reporters all they wanted was to find her.

So far, the search and rescue crews have recovered 14 bodies from the Jukskei River after the group was swept away.

Speaking to News24 outside the Hillbrow mortuary, Sibanda's aunt Hloniphani Ncube said the young woman was last seen over the weekend and never returned home. Sibanda was not in any of the pictures shown to them.

"My worry now is where is she? We are stressed," she said.

"We can't cope if we don't know where she is. We have been looking for her since yesterday [Sunday]. We just heard the news yesterday.

"We hope she is still out there because she is not in the pictures, so we have some faith that we will find her," she added.

Sibanda's husband, who was also outside the mortuary, could not gather the strength to speak to the media.

Gauteng EMS spokesperson Robert Mulaudzi told News24 that due to heavy rains the search had to be called off.

Mulaudzi said it was not yet clear how many people had been swept away.

News24 earlier reported that two bodies were recovered on Saturday, with another 12 retrieved on Sunday.

National Sea Rescue Institute (NSRI) spokesperson Craig Lambinon said that as many as 18 people might have been swept away in the flash flood. On Saturday, the rescue crew located the bodies of a woman and a teenage girl.

Another woman was rescued near Arkwright Avenue and taken to the hospital. On Sunday, they recovered the bodies of three men, six women, a girl, a boy, and a toddler.

"It has not been ruled out that one or more cases may not be related to the church baptism and may be from isolated incidents that had not been reported. Investigations are continuing," said Lambinon.