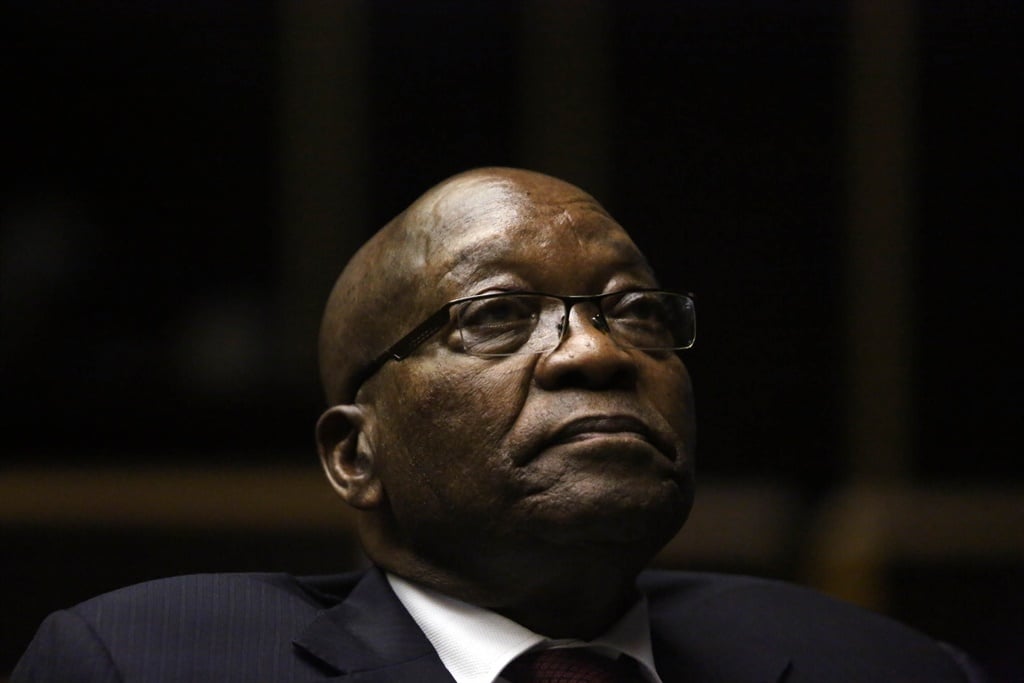 Former President Jacob Zuma has been placed on medical parole, according to the Department of Correctional Services.

In a statement released on Sunday afternoon, the department said: "Medical parole's eligibility for Mr Zuma is impelled by a medical report received by the Department of Correctional Services. Apart from being terminally ill and physically incapacitated, inmates suffering from an illness that severely limits their daily activity or self-care can also be considered for medical parole."

Zuma's medical parole means that he will complete the remainder of the sentence in the system of community corrections, according to the statement.

"He must comply with [a] specific set of conditions and will be subjected to supervision until his sentence expires."

The Constitutional Court sentenced Zuma for contempt of court after he refused to testify before the state capture commission of inquiry chaired by Deputy Chief Justice Raymond Zondo.

Zuma has only spent two months of his 15-month-jail term in prison.

Businessman, and Zuma's former close associate, Schabir Shaik was also released on medical parole after he was sentenced to 15 years for corruption in 2005.

Shaik was released on medical parole in 2009, two years after Zuma ascended to the country's presidency.

READ | Zuma sentenced to jail time, what happens next? We ask an expert

Correctional services spokesperson Singabakho Nxumalo said a section of the Correctional Services Act, affords the national commissioner, Arthur Fraser in this instance, the responsibility to place under correctional supervision, or day parole, or grant parole, or medical parole to a sentenced offender serving a sentence of incarceration for 24 months or less.

"Fraser is also empowered to prescribe conditions of parole. Medical parole's eligibility for Zuma is compelled by a medical report received by the department. Apart from being terminally ill and physically incapacitated, inmates suffering from an illness that severely limits their daily activity or self-care can also be considered for medical parole.

"The risk of re-offending of released inmates must also be low and there must be appropriate arrangements for the inmate's supervision, care, and treatment within the community to which the inmate is to be released to," said Nxumalo.

Nxumalo added that medical parole could only be revoked if an offender does not comply with the placement conditions.

"We want to reiterate that placement on medical parole is an option available to all sentenced offenders provided they meet all the requirements. We appeal to all South Africans to afford Zuma dignity as he continues to receive medical treatment," said Nxumalo.

Soon after Zuma's medical parole was confirmed, the JG Zuma Foundation posted a message to Twitter, saying it, "... welcomes the decision of the Parole Board that H.E Prez Zuma should serve the rest of his sentence outside prison".

It said he was still in hospital.

The Foundation welcomes the decision of the Parole Board that H.E Prez Zuma should serve the rest of his sentence outside prison.He is still in hospital right now.A more detailed statement will be issued in due course after consultation with the legal team of President Zuma. pic.twitter.com/dmiD3KzVc8

The DA's John Steenhuisen said the decision made a "mockery" of the Correctional Matters Amendment Act.

"The granting of medical parole to former President Jacob Zuma by the Department of Correctional Services is entirely unlawful and makes a mockery of the Correctional Matters Amendment Act of 2011," said Steenhuisen in a statement on Sunday evening.

"A report on the health status of any prisoner must be subject to recommendation by an independent board to confirm, in truth, that a prisoner is indeed deserving of medical parole. Given that Jacob Zuma publicly refused to be examined by an independent medical professional, let alone a medical advisory board, this decision is a violation of the Act and therefore unlawful."

The leader of the official opposition said:

Furthermore, any prisoner considered for medical parole must meet all three criteria stipulated in the Act: He or she must suffer from a terminal illness or be rendered physically incapacitated due to injury, disease or illness; the risk of re-offending must be low; and there must be appropriate arrangements for care in the community to which he or she is to be released. Simply being of an advanced age does not qualify.

Steenhuisen said he would be applying for access to the parole board's records, "... to establish what criteria the Department of Correctional Services used to determine Jacob Zuma's eligibility for medical parole.

"I will also request that the Justice and Correctional Services Committee summon Arthur Fraser to explain to Parliament his decision to grant this medical parole in direct contravention of the Correctional Matters Amendment Act."
We live in a world where facts and fiction get blurred
In times of uncertainty you need journalism you can trust. For 14 free days, you can have access to a world of in-depth analyses, investigative journalism, top opinions and a range of features. Journalism strengthens democracy. Invest in the future today. Thereafter you will be billed R75 per month. You can cancel anytime and if you cancel within 14 days you won't be billed.
Subscribe to News24
Next on News24
BREAKING NEWS LIVE | Body of boy found in Isiqalo positively identified as 8-year-old Lukhololwam