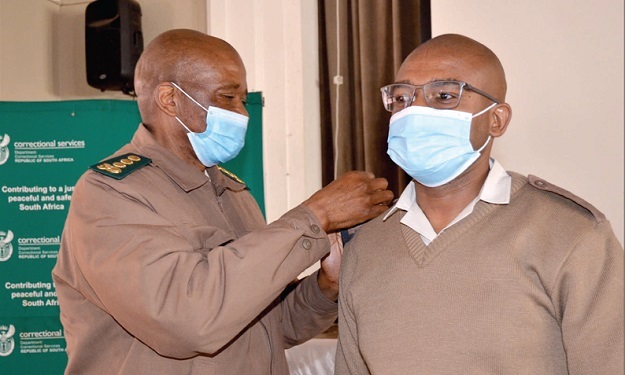 It was confirmed earlier this month that Fraser's contract would not be renewed, adding him to the latest in a long list of directors-general to vacate their positions.

Fraser recently made headlines after he revealed that he took the decision to release former president Jacob Zuma on medical parole, even though the advisory board had not approved the release.

Zuma was granted medical parole earlier this month, just under two months after he was sentenced to 15 months in jail for contempt of court.

The board concluded that Zuma was in a stable condition, Fraser said at the time.

Thobakgale joined the department just over a year ago as the chief deputy commissioner for incarceration and corrections.

He brings 17 years of senior management experience in the sector and more than seven years as accounting officer from diverse provincial departments, including economic development and transport.

"Thobakgale headed the marine and infrastructure programmes and furthermore worked as a deputy director-general in the national Department of Public Works, and among his responsibilities were infrastructure and programme management," said Phiri.

Lucky Sunday for 3 Daily Lotto players
Full list of lottery results
Lockdown For
DAYS
HRS
MINS
Voting Booth
Facebook is facing a fresh crisis after a former employee turned whistle-blower leaked internal company research. Do you still use Facebook?
Please select an option Oops! Something went wrong, please try again later.
Yes, the benefits outweigh the risk for me
32% - 1976 votes
No, I have deleted it
38% - 2361 votes
Yes, but I am considering deleting it
30% - 1870 votes
Previous Results
Podcasts
PODCAST | The Story: Is dognapping on the rise?