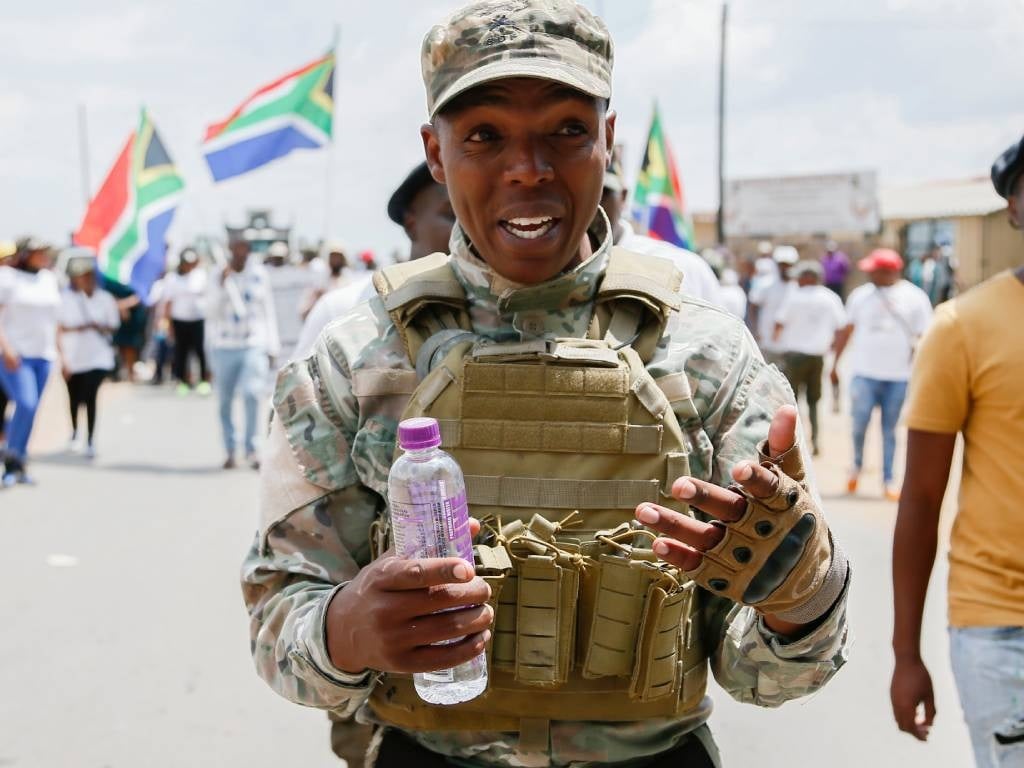 Operation Dudula leader Nhlanhla Lux Dlamini was on Wednesday handed a "caution and discharge" sentence over a 2019 assault matter.

He appeared in court on 9 September 2019, and was released on a warning.

He was supposed to be in court on 30 September, but failed to appear and a warrant of arrest was issued.

However, the warrant of arrest was only executed this week.

Dlamini handed himself over to the police on Wednesday morning and appeared at the Meadowlands Magistrate's Court, where he was convicted for having failed to appear in court, and then sentenced with "caution and discharge".

The prosecution had asked for a sentence of three months in prison or a R300 fine, but the magistrate decided on the lesser sentence. It essentially means that he is cautioned not to recommit the crime and that the arrest warrant is discharged.

If he fails to appear in court on 3 May for the common assault charge, he will be forced to pay the fine or go to jail for three months.

We live in a world where facts and fiction get blurred
In times of uncertainty you need journalism you can trust. For 14 free days, you can have access to a world of in-depth analyses, investigative journalism, top opinions and a range of features. Journalism strengthens democracy. Invest in the future today. Thereafter you will be billed R75 per month. You can cancel anytime and if you cancel within 14 days you won't be billed.
Subscribe to News24
Next on News24
BREAKING NEWS LIVE | SA Jewish Board of Deputies lambasts Pandor