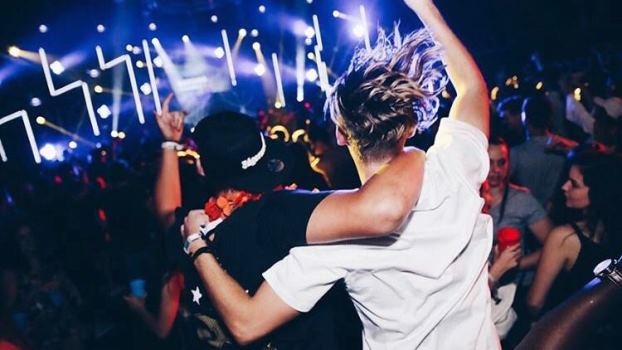 Revellers at a Rage festival.
Supplied

The Plett Rage has been cancelled after the organisers failed to get permission from Garden Route officials.

Organisers also decided it was the right thing to do morally given the information available on Covid-19, especially on the Garden Route where there was a resurgence of the virus.

"Obviously for the business, for the staff, it is disastrous," organiser Ronen Klugman told News24.

Plett Rage is not run by the same organiser as Ballito Rage, which was labelled a super-spreader event after an increase in positive tests in KwaZulu-Natal.

He added they had put a lot into preparing for the 21st Plett Rage, and could have contested the refusal to go ahead in court, but felt that morally they could not continue with it.

"I feel good that we made the decision [not to contest]," said Klugman, its founder and owner.

He added the decision came at a price because of a loss of business for suppliers, while at least 900 festival staff members would be without a job.

"It's tough out there for people in this industry," Klugman told News24.

He added the decision could have been fought in court as they could have safely hosted the permitted number of people, arguing they were entitled to earn a living.

"We are past that. It was between what was right and what was wrong. We've made the right choice."

He said following the positive cases associated with the Ballito Rage and the increase in cases on the Garden Route, there was no other decision.

"Not once did we ever think this day would come," Klugman added, as he recounted the journey from the March lockdown and the uncertainty and widespread stress that followed.

He thanked the team that supported them in their planning, and apologised to the matric class of 2020 who had had a difficult year.

Regarding the refunds, they were in a difficult position given the work already done, and reduced salaries staff had already taken, and could only afford to refund 50%, given the advance expenditure.

They asked people to consider holding on to their tickets and to resell it to get 75% back when it became safe to hold the Plett Rage again.

The ticket would also be valid for the 2021 festival, and the class of 2020 would get a special area.