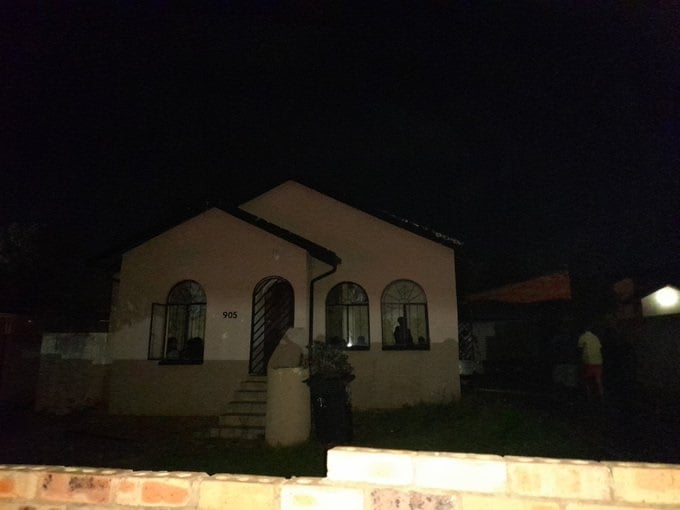 The house where around 50 boys were found. (Ntwaagae Seleka, News24)

Swift action by Johannesburg-based police officers on Thursday night led to the rescue of more than 50 young men allegedly trafficked from East Africa.

They pounced on a house in Zakariyya Park, Lenasia, where the young men were found.

A suspect was also arrested.

Undercover officers from Johannesburg Central police station arrived at the house in a convoy of unmarked vehicles.

They surrounded the house, and inside they found the group who was mostly barefoot.

According to a police officer at the scene, some were found inside the ceiling.

The officer said the youngest victim could be just 11 years of age.

The police reportedly acted on a tip-off after arresting a suspect who led them to the house.

Some lights inside the house were apparently deliberately removed to prevent suspicious neighbours from noticing what was happening inside.

The house was rented out to people who are yet to be found, according to residents.

Upon seeing the convoy, curious bystanders flocked to the property, chatting about what was happening inside.

A few minutes later, the victims were loaded in police vehicles, including a minibus taxi.

The first load departed, followed by another one.

Neighbours ululated as the police vehicles left the premises.

#HumanTrafficking police are still combing the scene where more than 50 young men from Eastern Africa were rescued from a house in Zakarriya Park. It is not known when the victims were brought to the place @TeamNews24 pic.twitter.com/1psSO46t2O

The group was taken to Johannesburg Central police station, where they were profiled.

A neighbour, who refused to be identified, told News24 he had always been suspicious of activities happening on the property.

"I used to see various minibus taxis arriving at the property. I thought that a taxi owner had bought the house. In the past few days, I used to see these boys leaving the house at night, jogging.

"They would leave around 21:00 daily and started running around our neighbourhood. I silently followed them to see where they were running to. They ran barefooted," he said.

It is not yet clear what the men were doing.

Another neighbour applauded the police for their dedication.

"If they hadn't found them here, their bosses were going to bring more and more of them here. It is a fact that they are illegal in the country. The time has arrived that we must know who comes and occupies properties in our neighbourhood.

"If we can't stand up and form our neighbourhood watch, more and more illegal activities would prevail unabated," she said.

Police spokesperson Colonel Dimakatso Sello said they had arrested a man for allegedly smuggling the victims into the country.

"The victims are being profiled. We want to establish their countries of origin and how they ended up in Zakariyya Park," Sello added.

#HumanTrafficking Undercover police from Johannesburg followed information that led them to a house in Zakarriya Park where more than 50 young men were rescued. The house is being rented out to an unknown person at the moment @TeamNews24 pic.twitter.com/XQoEyFn5ba