His arrival, in the same checked shirt with cut off sleeves that he wore for his bail application in Bellville Regional Court on Tuesday for the murder of Anti-Gang Unit detective Lieutenant-Colonel Charl Kinnear, was low key.

The State alleges they are involved in the activities of a Woodstock gang the Terrible Westsiders, in violation of the Prevention of Organised Crime Act.

They face charges of conspiring to murder Booth.

Charges have been withdrawn against two other people initially arrested in the Booth case.

Killian also faces charges of violation of telecommunications laws with regard to his alleged tracking of Booth via a "pinging" service he uses to track cellphones. Smith was on bail when she was convicted in January of possession of the drug crystal methamphetamine, known colloquially as Tik.

During sentencing, the court heard that the single mother of three had been through a difficult time, caring for her children after being retrenched, and the death of her mother. She had been clean for a year and relapsed shortly after her mother's death, after spending time with mourners.

She was given the option of paying a R1 000 fine, or spending six months in prison.

Booth was shot at in his garage in Cape Town in April, and arrests were made after photographs of the suspected hit people were released.

Killian was later joined to that case because of his alleged tracking of Booth via a "pinging" service which tracks cellphones.

The court heard in December that he merely uses this for the debt collection service he offers while usually based in Springs, Gauteng.

He said he obtained access to the service from a former policeman Bradley Goldblatt and did not know that Booth was being pinged.

In his bail application at the Bellville Regional Court on Tuesday, the State alleged in its affidavit opposing his release on bail, that he actually carried out a massive surveillance operation with the pings, credit record searches, Google address, and Google Maps searches.

This is based on deleted WhatsApps the investigators say they retrieved from his devices after his arrest in Springs on 23 September after the murder of Kinnear in broad daylight as he arrived home from work on Friday 18 September.

The link to Booth appears to be because one of Booth's clients Sameer Vallie had laid a complaint of kidnap and extortion with the police, based on an affidavit submitted by investigation officers in the Kinnear case. 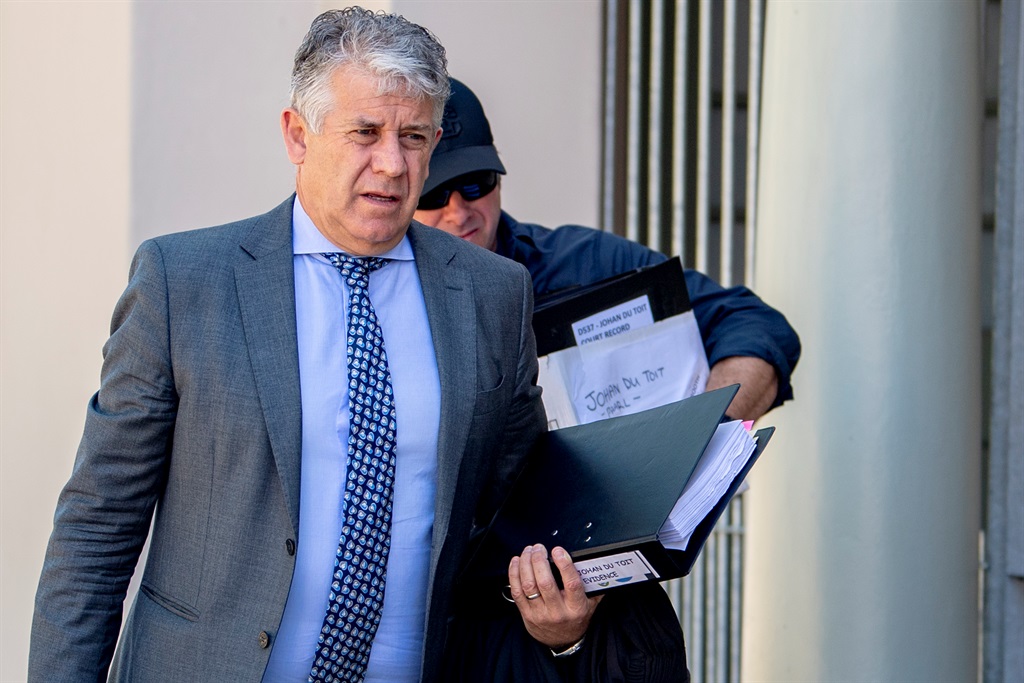 According to the affidavit presented by prosecutor Greg Wolmarans, the attempt at murdering Booth was made on 9 April 2020 around 7:10 at his home.

After checking the date, the police allege that Killian pinged Booth from 6 March to the day Kinnear was killed.

Kinnear was known to be working on intricate and interconnected firearm-related cases.

Booth's address was drawn from a consumer credit report service, which provides basics such as name, address and contact number, and also offers photo identification verification services. These records are gathered based on consumer applications for credit.

The police allege they found a report on Killian's retrieved WhatsApps with Booth's address, and that it was sent to another WhatsApp user.

A Google search of Booth's work address was found dated 10 March 2020, under the search term "William booth (sic) attorney". This was also sent to another WhatsApp user.

"It is clear from the above that he started doing research on William Booth on 10 March 2020 and he was dispatching this information to another person," read the affidavit of Captain Edward du Plessis.

He also found a Google Maps screen shot dated 18 March 2020 showing the distance and estimated time of arrival between a certain location and Booth's home address, which correlated with the time of location searching pings to Booth's phone.

According to Du Plessis, a credit report for Booth's wife Nicolette dated 5 April was also found in the WhatsApp images.

The pinging and tracking appeared to end on the day of the shooting at Booth's home.

Killian had initially told police he was pinging for a "Mohammed" saved on his phone as "Mo Collect" or "Mo Ping" who suspected his wife of having an affair.

However, he later gave police a name, and said that he just wanted to know when the police were coming to his house. The police are calling this person "Mr X" for now.

Police allege that he also pinged businessman Jerome Booysen, the brother of Bellville taxi operator Colin Booysen who was acquitted with Nafiz Modack, Ashleigh Fields, and Jacques Cronje for alleged extortion of Cape Town's Grand Cafe to sway their decision on which security contractor to use. Jerome Booysen and his brother Colin have survived shootings themselves.

On Monday night William "Red" Stevens was shot dead in Cape Town. Jerome Booysen, Mark Lifman, and Stevens were out on bail on charges relating to the murder of a steroid salesman Brian Wainstein in 2017.

It is also alleged in the Bellville Kinnear matter that Killian pinged Tim Lotter, a security specialist who was shot dead near N1 City in Goodwood in January 2020.

Booth was not physically harmed during the shooting at his home, but it shook the legal fraternity after the murders of lawyers Pete Mihalik, Noorudien Hassan, David Mbazwana, and Vernon Jantjies.

In contrast to the massive protective detail at the court, Friday's transport to and from the court was low key, with Killian bantering with photographers as he walked back to the police's vehicle with cuffs on his wrists.

He has said that he intends pleading not guilty, and that his special needs son is not managing without him at home.

The State will eventually have to reconcile bail information that he earned only around R20 000 a month, with the investigators' submission that his bank account actually had around R5 million in it.

The Booth case was postponed to 10 March.

We live in a world where facts and fiction get blurred
In times of uncertainty you need journalism you can trust. For 14 free days, you can have access to a world of in-depth analyses, investigative journalism, top opinions and a range of features. Journalism strengthens democracy. Invest in the future today. Thereafter you will be billed R75 per month. You can cancel anytime and if you cancel within 14 days you won't be billed.
Subscribe to News24
Related Links
Charges withdrawn against one man accused of shooting at home of lawyer William Booth
Kinnear murder: Accused Zane Kilian in isolation after cellmate shows Covid-19 symptoms
Charl Kinnear 'killer' Zane Kilian now charged with plot to kill top Cape Town lawyer William Booth
Next on News24
LIVE | Covid-19 in SA: 6 375 new cases