Kinnear killing: Zane Kilian changes lawyers as case drags on ... and on Former rugby player Zane Kilian has terminated the services of the lawyers representing him on the charge that he killed Anti-Gang Unit (AGU) detective Charl Kinnear.

The bail application of Kilian, Nafiz Modack and others, accused of being part of a massive extortion ring, stalled, yet again, at the Blue Downs Regional Court on Tuesday.

Kinnear was murdered outside his home in Bishop Lavis, Cape Town, last year.

Kilian was the first to be arrested - and the case has since grown tentacles, extending to the attempted murder of lawyer, William Booth, the alleged corruption of AGU member, Ashley Tabisher, the kidnap of a finance specialist, and widespread phone location tracking.

Modack, Kilian and Tabisher stand accused, along with Jacques Cronje and Ricardo Morgan, as being part of the alleged "enterprise".

The matter has already been postponed numerous times, including when a previous magistrate was shot and injured at a car wash. 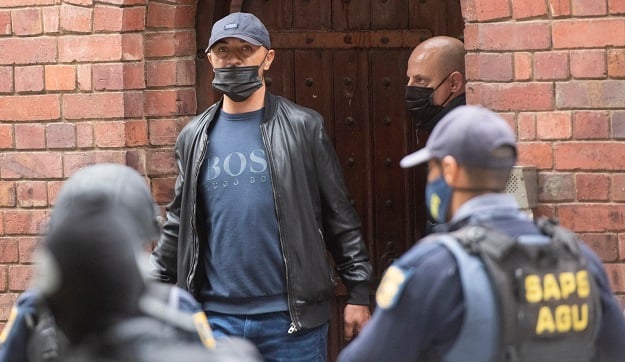 National Prosecuting Authority spokesperson Eric Ntabazalila said the State had been ready to present its case on Tuesday.

However, the State faced yet another interlocutory application.

The defence was given four affidavits from police officers, but Modack's lawyers argue that some passages in the affidavits are inadmissible. The matter was postponed to 5 August.

In the meantime, a new lawyer has been appointed for Kilian, after the services of his previous counsel, Eric Bryer and Marius Botha, were terminated.

Here are the Daily Lotto numbers
Full list of lottery results
Voting Booth
Have you and your family been counted in Census 2022?
Please select an option Oops! Something went wrong, please try again later.
Yes
47% - 1992 votes
No
53% - 2202 votes
Previous Results
Podcasts
PODCAST | The Story: How one incident at Stellenbosch University sheds light on deeper issues