'KwaSizabantu saved me from my abusive father' - mission teacher speaks out 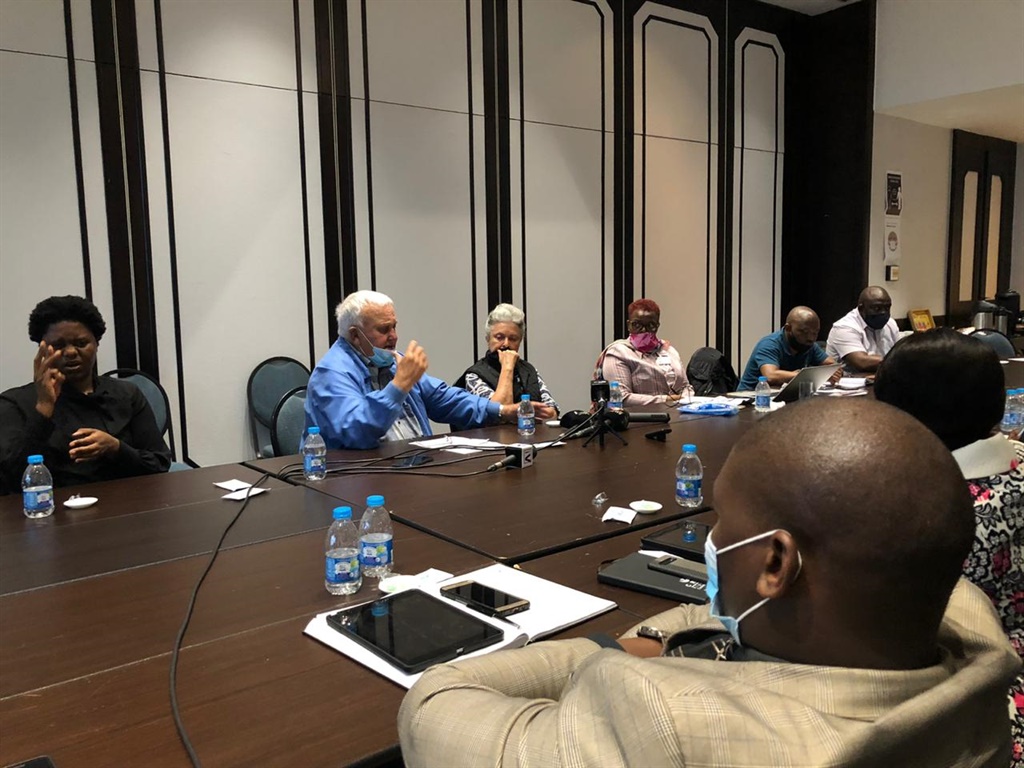 A current resident and teacher at KwaSizabantu Mission has come out in defence of the embattled religious entity, saying she never witnessed or experienced abuse from any of its members.

Anita Van Der Watt, a teacher at the mission school, who also lived with mission leader Reverend Erlo Stegen and his family, said she never experienced abuse from KwaSizabantu members, and that the mission had saved her from physical and sexual abuse from her father.

Van Der Watt, who had lived in the mission most of her life, gave a glowing testimony of KwaSizabantu on Wednesday at Garden Court Hotel in Durban before the CRL Rights Commission, saying that while children would receive "hidings", there was no excessive physical abuse.

She said that on arrival at the mission in the mid-1990s with her mother and sister - outspoken alleged victim of sexual abuse Marietjie Bothma - they were "given a home inside Reverend Erlo Stegen's house and grew up with his six daughters".

"Moving into that house, we had to adapt to a new lifestyle. We were excited. We previously lived in a plot and didn't have any friends. When we moved to [the] Stegen house, they became true siblings. Stegen and his wife were second parents to me."

Her father, who, at the time worked in the Defence Force, retired and also moved to the mission.

"It was only in the end of 1993 or beginning of 1994 my father, who remained in Pretoria to continue working, decided to join us after taking his package. When he came, Reverend Stegen and the mission gave us a home to stay together. It was connected to the church auditorium."

She said the family felt they were almost caretakers of the church.

"However, leaving Stegen's house was sad. I became close with his second youngest daughter; she was one grade below me. I used to say, 'you must get smarter so you can go up one grade to be with me'. She would say I must fail to be with her."

Van Der Watt said her happy times at the mission were disrupted by her father's presence, a man she described as both physically and sexually abusive to her and her sister.

"I began to experience abuse under the hand of my own father. In the home [at the mission] he beat us unnecessarily. He took it out particularly on my sister, sometimes we didn't know what for. He was a very violent man. I don't know how to explain such a person. When you grow up with someone who is threatening you everyday, you dare say anything to anyone."

She said his abuse became increasingly worse because he used to lock her sister in a room "and not feed her and sexually molest[ed] me".

"That happened in our home. We never reported to the mission or their leadership about the abuse happening in the home because we were afraid of my father. If you even tried to say anything he said he would kill you, and I believed he would."

Van der Watt said the abuse experienced was not spoken about at home.

"No one would dare say a word to anyone. It was an unspoken rule we all lived by. We just have to bear with it. That's how we went through our childhood years. We spoke about running away, but we had a strong sensitive bond with our mother who also sustained abuse - when she defended us, he would turn on her."

She said school at the mission became her escape and rescue space.

"I had many friends at school and became quite popular because I could speak isiZulu. Around 12, I wanted to tell my dad to stop and it was feeling worse and worse. I didn't understand it, but there was something not right."

READ | From Spotlight to KwaSizabantu - a watchdog protecting the vulnerable

Van Der Watt wanted to approach her dad in person, but out of fear, wrote a note instead that read: "Dad can you please stop what you are doing to me, I don't like it."

I just gave him the note and walked out to school. When I returned I didn't see him. My mother sat on her bed and was crying, she said, 'Anita, what is happening?' The times my father was sexually abusing me, my mother was not [around]. He did that in secret.

She said her mother reported the development to her spiritual counsellor so that her father could be approached "and talk about what's happening".

"The success in that venture I don't know, but the abuse just stopped. I thought obviously they must have had some success. He didn't explode or get angry. He had a two week depression staring at a ceiling. Even if I went in the room to ask if he wants something to eat, he never responded.

"Shortly after, he chose to leave. We don't know what happened. Personally, I love him as my father, but I didn't love who he had become. From there I just carried on, kept going to school. There were no beatings where people are held to the ground."

During cross-examination by commissioners, she revealed it was Stegen, Trevor Dahl and Friedel Stegen who spoke to her father.

She said she was not aware of their conversation. She could not say if the church leadership reported the matter to authorities.

Van Der Watt alleged that rumours of a strict dress code for women and that black children had to have short hair, were untrue.

She said children were disciplined according to the Bible.

"We lived by scripture. The Bible teaches discipline the child and not spare the rod. We did get hidings, but it was not like, you are not giving enough hidings - teachers gave hidings when they thought there was no other way and we were becoming too rebellious and too stubborn."

We live in a world where facts and fiction get blurred
In times of uncertainty you need journalism you can trust. For only R75 per month, you have access to a world of in-depth analyses, investigative journalism, top opinions and a range of features. Journalism strengthens democracy. Invest in the future today.
Subscribe to News24
Related Links
KwaSizabantu: Expelled for watching a DVD movie, commission hears
Breaking rules means being kicked out 'with what you are wearing' - community member on KwaSizabantu
KwaSizabantu Mission workers down tools in demand of better pay
Next on News24
LIVE | SA hits 1 412 986 Covid-19 cases as death toll climbs to 40 874

2 Daily Lotto players win the prize
Full list of lottery results
Lockdown For
DAYS
HRS
MINS
Voting Booth
How has the delay in schools' opening impacted your life?
Please select an option Oops! Something went wrong, please try again later.
It's a disaster! We're struggling to manage work and kids at home
40% - 892 votes
It's a struggle, but we learnt lessons from last year's closures
19% - 431 votes
It's a relief, this second wave is bad and kids need to be at home
41% - 907 votes
Previous Results
Podcasts
PODCAST | MISSING MATTHEW EPISODE 3: Decades of false starts add to a family's despair