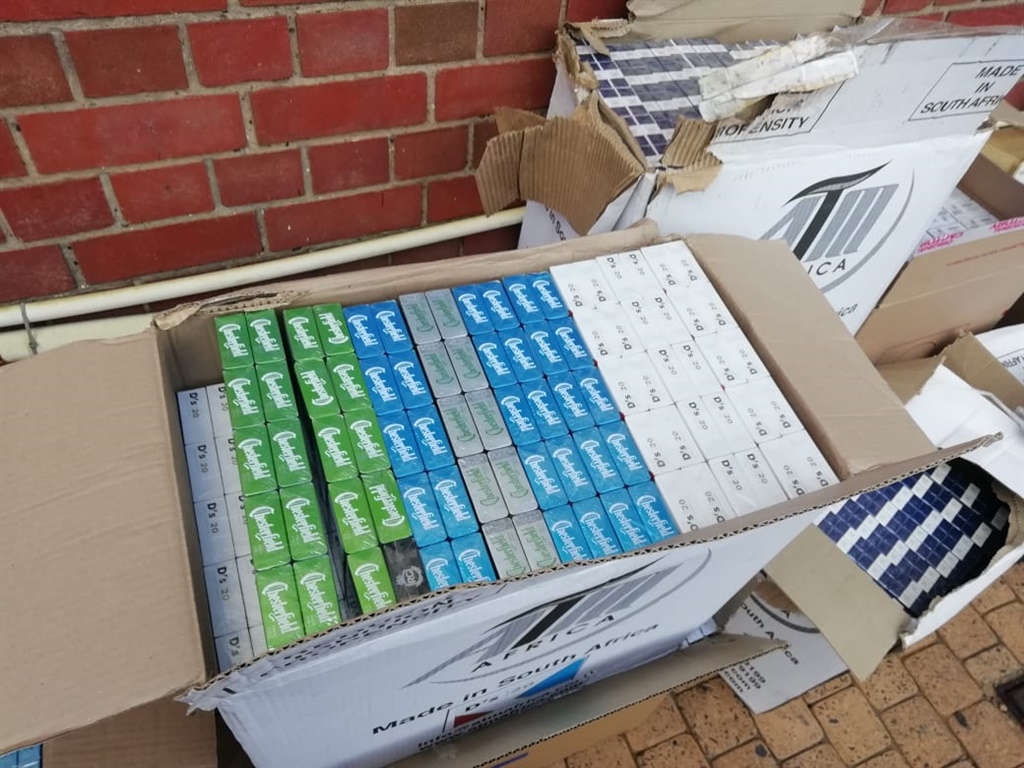 As the demand for illegal cigarettes grows during Level 4 lockdown, KwaZulu-Natal police have bust three men with around R800 000 worth of product.

"Police pounced on the suspects at a building on Prince Street in the Point policing precinct after holding observation on the building," said Naicker.

During the operation, 71 boxes of tobacco, prescription drugs and illicit cigarettes were recovered.

"The recovered items are estimated to be approximately R800 000 in value. The suspects were charged for dealing in illicit cigarettes and dealing in prescription contraband," Naicker added.

PICS: As the demand for illegal cigarettes grows nationwide during #Level4Lockdown, KZN @SAPoliceService have bust three men in Durban with around R800 000 of product. The men were released on R1k bail each and will appear in court in August. @News24 @TeamNews24 pic.twitter.com/ZA01u38WfV

The three men were released on R1 000 bail each and will appear in the Durban Magistrate's Court on 6 August.

Fin24 reported that the Fair Trade Independent Tobacco Association (FITA) argued in court papers filed on Monday there was no proof Covid-19 was spread through smoking cigarettes.

The association served the government with court papers, filed at the Pretoria High Court, to challenge the decision to retain the ban on the sale of cigarettes and tobacco products during Level 4 of the lockdown.

FITA is also seeking the courts to have cigarettes and tobacco declared as essential goods.

President Cyril Ramaphosa, on Monday, said that the government's decision to maintain the ban on cigarette sales was bound to be controversial, but added it was wrong to suggest that he and the ministers were "doing and saying whatever they want" on the matter.

He said the National Coronavirus Command Council had reconsidered the decision to lift the ban on cigarette sales following consultation. He said it was a collective decision.

We live in a world where facts and fiction get blurred
In times of uncertainty you need journalism you can trust. For only R75 per month, you have access to a world of in-depth analyses, investigative journalism, top opinions and a range of features. Journalism strengthens democracy. Invest in the future today.
Subscribe to News24
Related Links
Lockdown: Sassa payment glitches leave some without cash, while others get paid double
Limpopo ANC councillor in court for allegedly selling fake lockdown permits
Madagascar president vows to release journalist critic
Next on News24
LIVE | Covid-19 in SA: Vaccinations top 7 million as cases rise by 17 351