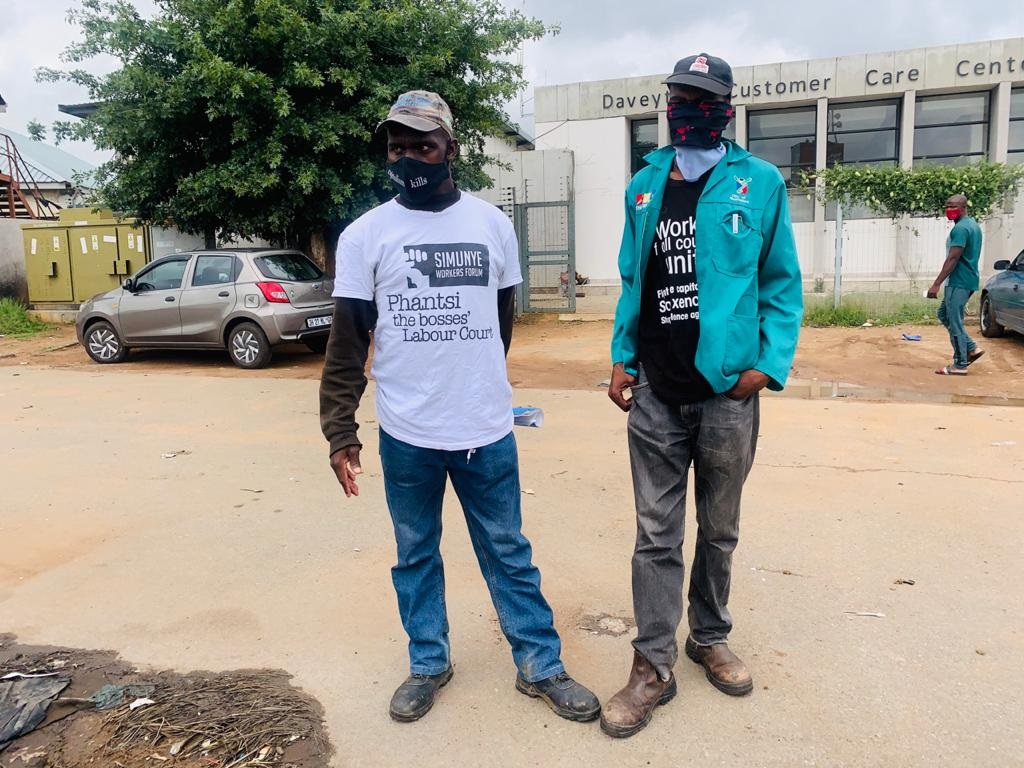 About 194 disgruntled former City of Ekurhuleni employees are taking the municipality to the Labour Court on appeal demanding permanent employment.

The group were employed by the City in 2014 on a year-long contract which expired in 2015.

They were employed as part of the City’s job creation programme called the Lungile Mtshali Development Plan project.

The group claimed that the City had promised them permanent positions as general workers and were equipped by their former employer with necessary skills.

Last year, they won a court battle where the municipality was ordered to pay each of them R24 000 compensation.

However, they are challenging the court order and are demanding permanent positions they claimed the City had promised them.

One of the disgruntled workers, William Gundwane said R24 000 was too little. “What am I going to do with that money? It will be finished in a day. I want what the City promised me. I don’t want financial compensation, but permanent employment,” said Gundwane.

Gundwane said they were recruited by the City on 3 March 2014.

“After signing our contracts, we were promised to be provided with entrepreneurial skills, bricklaying, plumbing and other skills development programmes. We were cleaning recreational parks, schools, clinics, storm water drains and other municipal buildings.

“We were also deployed at the water and sanitation unit with permanent employees. We were earning R2 000 per month and the City deducted R20 claiming it was for UIF,” Gundwane said.

A year later, they were told that their contracts had expired.

Their contracts were extended for four months, he said.

“After signing that contract, 40% of us were then taken for various training programmes while 60% were on the ground working. On 1 April, we then approached the municipality demanding permanent employment that were promised to us.

“In June 2015, we received letters of termination of employment. At that time, we had lodged an internal case with the municipality. We then mapped a way forward on how to get our promised jobs,” Gundwane said.

The group then approached the bargaining council represented by the Casual Workers Advice Office.

While their matter was being heard at the bargaining council, he claimed the municipality approached them promising to provide them eight-month contracts.

Gundwane said they told the City that they want permanent jobs, not contracts.

The disgruntled group then escalated their matter to the Labour Court with the help of the SA Human Rights Commission.

In February 2020, the Labour Court ruled against the City ordering it to pay the group R24 000.

On 23 February, the Labour Court will hear their appeal.

“We hope the Labour Court will rule against the municipality and orders it to permanently employ us. We want jobs not contracts. We want to feed our families and provide shelter,” Gundwane said.

City of Ekurhuleni spokesperson Zweli Dlamini said if there was a need for them to defend themselves in court, they would do so.

Dlamini denied that the City promised the group permanent employment.