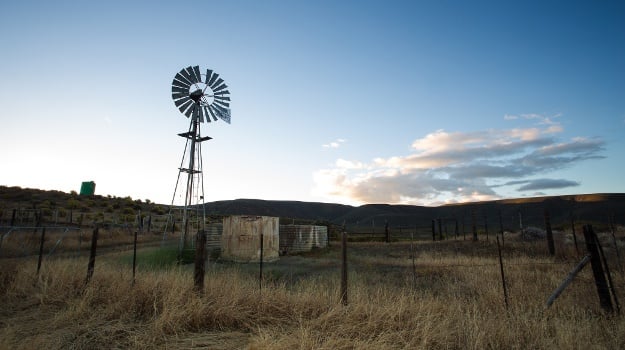 The àd hoc committee has adopted the Section 25 Bill.
iStock

On Friday, the ad hoc committee on Section 25 adopted a bill to amend the Constitution to allow expropriation without compensation with only ANC MPs voting in its favour.

The bill will now be put before the National Assembly for adoption, while it is unlikely that the ANC would muster the required two-thirds majority to pass the bill.

The bill would allow "where land and any improvements thereon are expropriated for purposes of land reform ... the amount of compensation may be nil".

It would also require national legislation to set out the "circumstances where the amount of compensation is nil".

READ | Fact checking the Expropriation Bill: Not so much an explanation but a justification

Furthermore, the bill states that "land is the common heritage of all citizens that the state must safeguard for future generations" and that the "state must take reasonable legislative and other measures, within its available resources, to foster conditions which enable state custodianship of certain land in order for citizens to gain access to land on an equitable basis".

The ANC members on the committee supported each clause of the bill, and the DA and FF Plus opposed each one. The EFF once again did not participate in the proceedings.

"It is a historic day as we adopt this Constitution 18th Amendment Bill, which is the product of engagement by all political parties inside the committee and through bi-laterals involving political principals and parties," said committee chairperson Mathole Motshekga, adding:

I want to commend all members because you were always alive to the character of our constitutional democracy, which is both representative and participatory. Today we can proudly say we are adopting a bill that adheres to those principles. We have carefully listened to the people of this country and have adopted a bill that will be to the benefit of all South Africans, irrespective of colour.

The DA, however, was less complimentary about the process.

In a statement released after the meeting, DA MP Annelie Lotriet described the committee as "just a political theatre for warring ANC factions and the radical fantasies of the EFF".

"In their hurried attempt to pursue expropriation of land without compensation and nationalisation of land, the two parties exposed their disdain for the Constitution and inalienable property rights of all South Africans," she said.

"If anything, the vote in committee today was a culmination of 3 wasted years in which Parliament was made to process a bill where alarms have been raised about its grave impact on the economy, the rule of law and food security. The ANC knew about these dangers hence their steadfast refusal to allow for an Economic Impact Assessment to be conducted." She said sending the bill to the National Assembly is just a formality because the ANC will not have the constitutionality required two-thirds majority.

"Its erstwhile allies, the EFF, have long since abandoned ship having missed the last four sessions of the Section 25 Ad Hoc Committee," said Lotriet.

"The DA stands ready to give the final knockout punch to this disastrous piece of legislation."

Indeed, the chances of the bill passing are slim. The ANC would require either the support of the DA or the EFF.

The DA has never wavered from its opposition to the bill. While it was clear that there is a chasm between the ANC and EFF's stance on what form expropriation should take. In May, EFF leader Julius Malema said the party would never support an amendment that doesn't place all land in state custodianship.

The committee will adopt its report on Wednesday, after which the bill will be sent to the National Assembly for consideration.