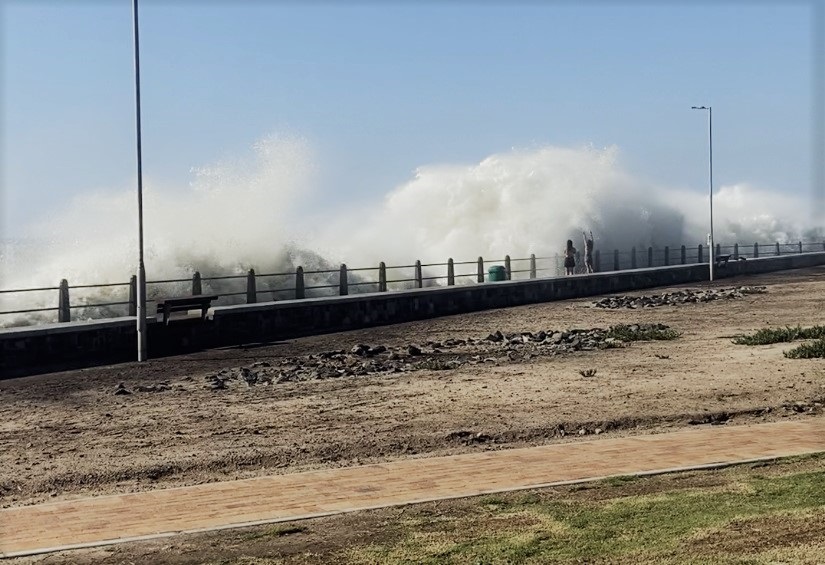 Western Cape beaches have been battered by large, damaging waves due to strong winds.

A yellow level-two warning was issued for the province, stating that sea conditions would be rough between Cape Point and Plettenberg Bay.

Strong winds of between 50km/h and 70km/h resulted in rough, choppy seas, and wave heights reached around seven metres in some areas.

The "high energy waves" will also be fuelled by spring tide.

The South African Weather Service said the large waves were likely to subside later on Thursday, but could result in disruptions at small harbours and damage to coastal infrastructure.

"The public is at risk of being swept off coast rocks due to the infrequent large waves," the warning read.

Meanwhile, a warning for disruptive rain has been issued for parts of KwaZulu-Natal, including Ladysmith.

Showers and thunderstorms were forecast for the uThukela, Amajuba and uMgungundlovu areas on Wednesday.

Recent flooding in Ladysmith resulted in the evacuation of more than 100 residents from flooded areas.

Heavy rain in the catchment areas led to the uThukela River bursting its banks over the weekend, which affected communities and towns located along its path.

KwaZulu-Natal Cooperative Governance and Traditional Affairs MEC Sipho Hlomuka has warned communities along the banks of the river to exercise extreme caution.

The province has been experiencing inclement weather conditions since early December.

"[These conditions] have left a trail of death and destruction in their wake. So far, 25 people have lost their lives, with two people still missing," said Hlomuka.