The police officer who found anti-apartheid cleric Imam Abdullah Haron dead in his cell 53 years ago said he accepted that he would probably be held responsible for the imam's death but vehemently denied having anything to do with it.

"I am the only one still alive, and it will all be piled on to me," retired police captain Johannes Burger said as his cross-examination was completed at the reopened inquest into the imam's death in detention in 1969.

Burger said he accepted that the injuries on Haron's body could only have been the result of an assault in detention and added that Haron's death was rightly considered suspicious. But he insisted again that he had nothing to do with it.

As his testimony ended, advocate Howard Varney said that if Haron's death was due to negligence, the inquest could conclude that Haron died due to culpable homicide.

If the court found Haron was intentionally kept away from medical attention due to his injuries, it would be murder. 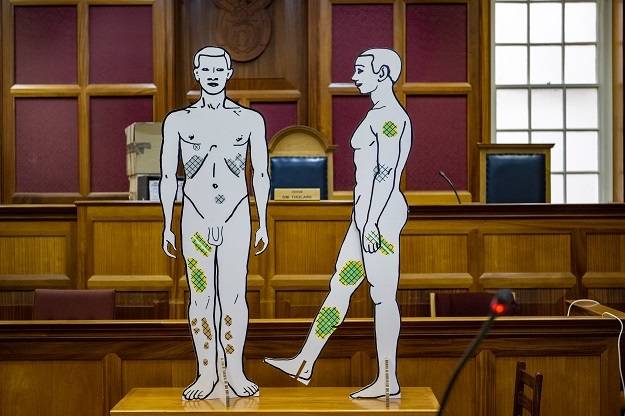 "What the gentleman is saying is correct. But I didn't have anything to do with him," Burger said.

Burger had testified that as a constable who held one of two keys to Haron's cell, his sole interaction would have been to open and close the compartment at the Maitland police station when Haron did his exercise.

On the last day of Haron's life, he said he observed that the imam was worn out and did not want to walk, but he had no idea that Haron's body was covered with the bruises and injuries that were found after his death.

Western Cape High Court inquest Judge Daniel Thulare put it to Burger that he knew Haron was not himself, but did nothing to help him.

He pointed out that during the 1970 inquest, Burger said Haron appeared healthy, which was clearly incorrect.

"You saw nothing?" Thulare asked pointedly.

"Why must I lie now," Burger responded, insisting that he did not know the full extent of Haron's injuries and that Haron did not want the services of the doctor he offered. Family members pray in the cell at Maitland Police Station where Imam Haron died. They were inspecting the cell on 8 November.
Gallo Images Gallo Images/Brenton Geach

When asked again for any insight whatsoever into the workings of the Security Branch that handled political prisoners, Burger again knew nothing.

"My Lord, I am saying it with respect; the less you know about others' faults, the better it is on your heart. I do not have any knowledge [regarding that]."

The Haron family has asked that the inquest to reject the original finding that Haron's bruises were likely from a fall down the steps of Cape Town Central police station and to find that he had been tortured.

They also want those involved in Haron's death and what they believe was a cover-up, to be posthumously stripped of qualifications and awards and found guilty of intentional torture that led to murder.