Three bodies have been recovered and hundreds of people have been evacuated following heavy downpours and flooding in KwaZulu-Natal.

eThekwini municipality head of disaster management Vincent Ngubane said the three bodies were found next to a river at the KwaSeme area on Saturday afternoon and admitted to the Phoenix mortuary.

"What we have discovered is that two of those bodies had gunshot wounds and it is alleged that they were maybe killed somewhere else and dumped next to the river. We are still waiting [for the] SA Police Service to confirm that," Ngubane said.

Mayor Mxolisi Kaunda said the municipality had not received a comprehensive report on the impact of the latest heavy rains, but as "reports come in a worrying picture is, however, emerging". 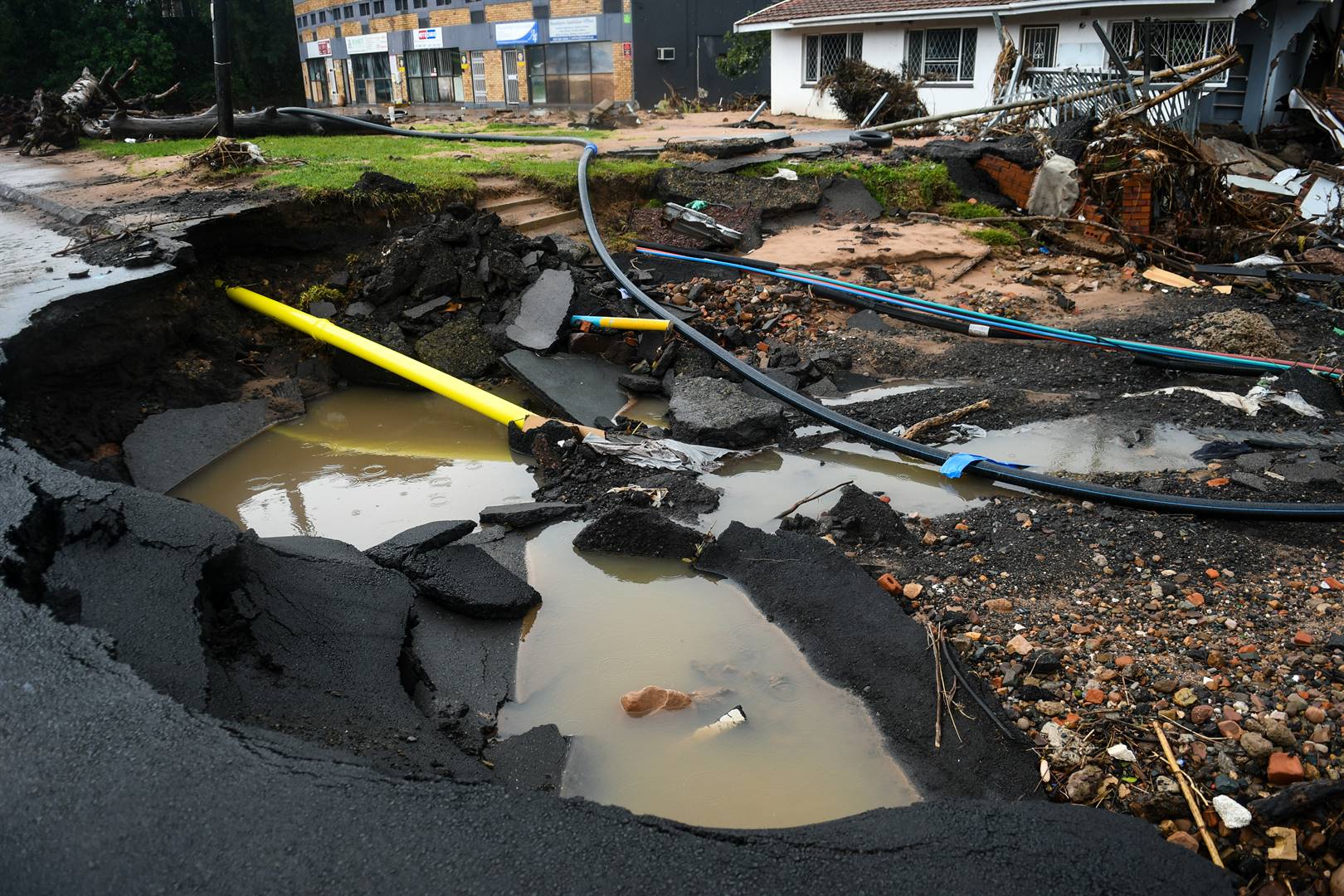 Kaunda said so far the greatest impact was expected along the coastal and north-eastern parts of the province.

"As the number of calls at the control centre has increased, the department has appealed to the SA National Defence Force to be deployed to the northern parts of Durban for urgent response.

"The metro police and fire department are assisting with water pumping and road closure where the roads are affected," he said.

In King Cetshwayo severe damage was reported to a house which collapsed due to heavy rains and wind, he said.

"A family of nine members living in a one room house has been moved following damage to their house.

"The Zululand District is experiencing heavy rainfall and is being closely monitored," he said.

The Ilembe district was hugely affected with a number of families being left homeless and the road network infrastructure being affected, he said.

Kaunda said several roads across the province had been temporarily closed due to flooding.

"In the event flood-prone areas need to evacuate people due to rising water levels, the open halls will be able to accommodate them," he said.

"All emergency services teams were on the ground from last night, including search and rescue, SA National Defence Force, and private companies where evacuations were performed."

Ngubane said 16 disaster management coordinators have been placed on standby in order to conduct pro-active monitoring of high-risk areas, and to respond where required.

He said the parks, recreation and culture unit were also attending to fallen trees.

He said blockages in the CBD were cleared on Saturday night.

Ngubane said one family was evacuated in Ward 40 due to a collapsed informal dwelling and they were moved to Kwa-Nozaza temporary mass care centre.

He said 44 units at Waterways Retirement village in Tongaat were evacuated.

Ngubane said 190 people were moved from Tehuis to Wema Hall, and the municipality were providing them with relief including mattresses and blankets.