Lawyers saddle up to form #TeamZindzi in response to AfriForum complaint 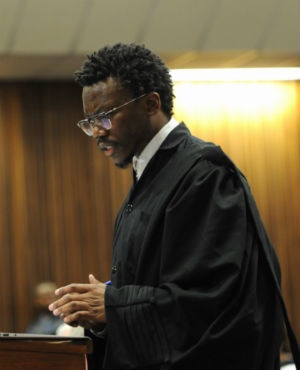 A team of pro-bono lawyers and volunteers is being put together by advocate Tembeka Ngcukaitobi to defend Ambassador Zindzi Mandela in the hate speech complaint AfriForum laid over her #OurLand tweets.

"I was asked by [EFF leader] Julius Malema to volunteer, which I agreed to," he said by email in response to a tweet indicating the plan.

He said it followed a tweet made during the nail-biting Bafana Bafana vs Nigeria African Cup of Nations game on Wednesday night.

In the lead up to the game the twitterati was making bargaining promises for a Bafana Bafana win against Nigeria, and Ngcukaitobi joined the fray.

He tweeted that he would defend Mandela if Bafana Bafana beat Nigeria, at no charge.

Sadly, Bafana Bafana was pipped by a late goal, but by then #TeamZindzi was already in formation and there was no turning back.

There were even offers to simply do the photocopying of the voluminous mounds of paperwork required for legal challenges.

You are hereby appointed for the mammoth job of making copies, research, pagination and indexing for this case. U Mandela uthi ayihlome ihlasele!

Ngcukaitobi has also written a book The Land is Ours - South Africa's First Black Lawyers and the Birth of Constitutionalism, and his case load has included a previous brush with AfriForum when the group made an urgent application that MPs be interdicted from moving to adopt the joint Constitutional Review Committee's report recommending expropriation without compensation.

Ngcukaitobi said so far three senior advocates and three junior counsel have agreed to join, and more people indicated their interest on Thursday.

"We are doing the case pro bono," he wrote, explaining that it would be at no charge.

He called it a "truly South African team" with Black, White, Coloured, Indian counsel and attorneys.

"The aim is to defend Ms Mandela in regard to the complaint lodged by Afriforum at the SAHRC for hate speech.

"We believe that there is no hate speech even if her speech is misguided. Moreover complaints such as this by Afriforum can be used [to] silence voices which are critical of the racial inequalities in South Africa.

"Ms Mandela has the right to freedom of expression which includes the right to say unpopular and offensive things. Hate speech laws should not be used to intimidate critics of racism and inequality."

The complaint against Mandela followed a sudden flurry of tweets regarding land, including:

"Dear Apartheid Apologists, your time is over. You will not rule again. We do not fear you. Finally #TheLandIsOurs."

Her retorts to detractors were quick, and she was reportedly spoken to by Minister of the Department of International Relations and Cooperation Naledi Pandor.

Ngcukaitobi's tweets on Thursday reignited the debate over her tweets, with side arguments over GIFs and memes used.

We live in a world where facts and fiction get blurred
In times of uncertainty you need journalism you can trust. For 14 free days, you can have access to a world of in-depth analyses, investigative journalism, top opinions and a range of features. Journalism strengthens democracy. Invest in the future today. Thereafter you will be billed R75 per month. You can cancel anytime and if you cancel within 14 days you won't be billed.
Subscribe to News24
Related Links
'Let Zindzi Mandela be,' pleads Duarte in personal note
Zindzi Mandela faces hate speech complaint over land tweet
EFF slams 'aloof' Mbeki's comments on Zindzi Mandela: He 'failed with flying colours to resolve...
Next on News24
LIVE | Covid-19 in SA: 2 952 new cases