??PART TWO: I have had to deal with individuals who would rather I spent more time on cutting grass than on fixing our broken and aged infrastructure which threatens disaster in our City. https://t.co/YnZGNpaBaC pic.twitter.com/RUtKabuvwN

?? PART ONE: I am gravely concerned that the DA I signed up to, is no longer the DA that has emerged out of this weekend’s Federal Council. pic.twitter.com/ybjU26Byp6

#HermanMashaba RESIGNS .Madam Zille should recommend Trollip to replace Mashaba . At least he has some experience .

Mashaba says DA racists wanted him to be arrogant and ignore the EFF and govern like they won the majority votes. We would have trolliped him if he tried that. He rose about racist white arrogance and racism and worked beautifully with the EFF to serve our people.

MASHABA IS RUNNING AWAY

The ANC Greater Johannesburg Region is not shocked by the resignation of Herman Mashaba as Mayor of our once great City.

Mashaba's resignation has very little to do with the election of Helen Zille as the DA's Chairperson. His resignation is informed by the dire financial crisis that he has plunged the City of Johannesburg into. He has over time been able to get away with lies about the financial affairs of the City.

Mashaba is running away from the soon to be exposed truth that the City of Johannesburg is broke and may not be able to finance the day to day basic costs of providing water and electricity to Johannesburg residents including paying salaries to staff.

Mashaba has always said he is there through the will of the people but he resigns due to party political matters that have nothing to do with the city.

Mashaba is a sore loser; he is not a democrat. Just because he lost a battle in the party; he throws his toys out of the court.

Mashaba is an attention seeker who was going down anyway. He needed an "honourable" exit and Zille's election is a perfect excuse.

Maimane says they intend to continue with the coalition they have in Johannesburg. Tweet from @lizTandwa

#HermanMashaba: Some member of the DA caucus in JHB have suggested that we prioritize the needs of suburban residentsabove providing dignity to those forgotten people who remain without basic service for 25 years. Tweet from @lizTandwa

"You are a hero to me," says Maimane Maimane thanks Mashaba and says that they remain friends 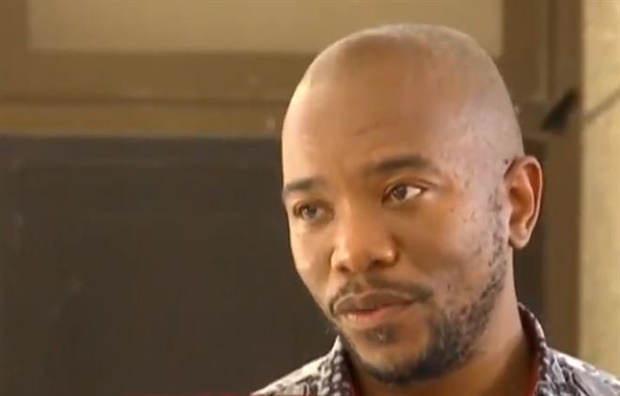 "We joined politics because fundamentally we could bring change," says Maimane

#HermanMashaba: I cannot reconcile myself with people who fail to realize that we have a patriotic duty to unseat the ANC and save our country before its too late. Tweet from @lizTandwa

Maimane says Mashaba worked to develop the City of Johannesburg It’s been my greatest honour to serve and work with this incredible South African @HermanMashaba. Our paths have crossed for a reason and a purpose and we shall never surrender that purpose. pic.twitter.com/Jmrx6b7NIv

Maimane says he considers Mashaba a friend and comrade Mashaba thanks Mmusi Maimane, who begins his remarks

Just In: #HermanMashaba has officially resigned effective from Nov 27 to allow the party to find a new candidate @TeamNews24 pic.twitter.com/TLQfb6x7hO

Serving as the Mayor of Johannesburg has been the toughest job anyone can take, says Mashaba.

"I leave with my head held high." I will not be able to see some of these programmes through to their end, says Mashaba of programmes he has initiated

#HermanMashaba: says he can not reconcile himself with a DA that does not understand the inequalities in South Africa @TeamNews24 pic.twitter.com/7Nk8hHq3oW

#HermanMashaba says the DA has been the most difficult to deal with on this coalition. Tweet from @lizTandwa

Clinics are open late into the night, roads have been repaired, substance abuse facilities have been delivered, says Mashaba

#Mashaba listening to him I actually remember how this man has not had an appetite for DA politics, often just didn’t pitch at their events or was there for a short while. Tweet from @tshidi_lee

Mashaba goes through his achievements as mayor

#Mashaba: not in my nature to quit anything in life. Goes on to say he won’t be part of something that places narrow party interests ahead of millions of people

I will no longer serve as a DA councillor, says Mashaba

Mashaba says: It is not in my nature to wait for people to push me out

In every way, the DA has been the most difficult partner, says Mashaba #HermanMashaba: I am gravely concerned the DA I signed up to is not that emerged from this past weekend @TeamNews24

"I'm a liberal and I've devoted my life to the free market economy," says Mashaba DA review report: Agreeing to EFF support in Joburg, Tshwane 'was a mistake'

The DA will have to reflect on its relationship with the EFF, with which it has tenuous informal partnerships in the cities of Johannesburg and Tshwane.

READ THE STORY ON NEWS24

Herman Mashaba: Walking away from Johannesburg would be the DA's biggest mistake

Joburg's multi-party co-operation is not something that should be a source of trepidation, it should be celebrated. It is almost certain that the future of South African politics will be linked to coalition governments, writes Herman Mashaba.

?? Not to be missed. pic.twitter.com/9z0p9xYyGL

Just hours after the election of former leader Helen Zille as the new DA federal council chairperson, it seems Johannesburg Mayor Herman Mashaba will follow through on his promise to step down if the DA is taken over by "right-wing elements", three party sources have said.

Mashaba to brief the media amid resignation speculation

City of Johannesburg mayor, Herman Mashaba is expected to tell the nation whether he is staying put or resigning as the city's number one resident.

READ MORE HERE
Go to top
Related Links
Mashaba to brief the media amid resignation speculation
Mashaba calls press conference: Mayor to resign, sources say
Herman Mashaba: Walking away from Johannesburg would be the DA's biggest mistake
Share
Next on News24
LIVE | Covid-19 in SA: Death toll at 15 992 as cases climb to 661 936