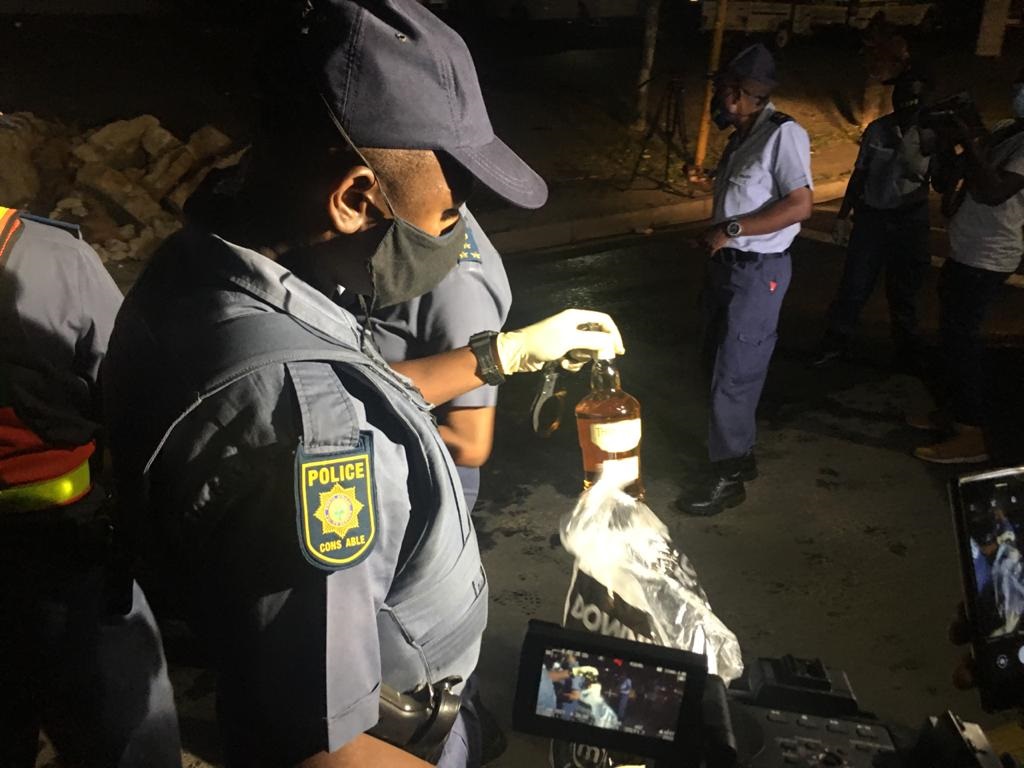 Managers of two popular restaurants in Sandton and Silverton were arrested over the weekend for selling liquor to patrons.

The sale of liquor is prohibited from all outlets during adjusted Level 3 Lockdown in South Africa. This as the country fights the second Covid-19 wave.

According to Gauteng police spokesperson Captain Mavela Masondo, information about the act was received through crime intelligence about the restaurant on West Street in Sandton.

Police pounced on Saturday during O Kae Molao Operations and found alcohol being served openly on the tables - and  Covid-19 health protocols not adhered to.

Masondo said two of the managers were arrested and charged with being in contravention of the Disaster Management Act. Liquor to the value of R600 000 was confiscated.

He said on Friday after the 21:00 curfew, police noticed cars parked at a popular franchise restaurant in Silverton and when they enquired, they found it operating with about 11 people consuming alcohol on-site.

"In the storeroom was alcohol in ice buckets ready to be served. The manager was arrested and charged with contravention of the Disaster Management Act." Masondo said over 162 people were arrested in the province for failing to adhere to the curfew. Thirty-four were arrested for not wearing masks when they were ordered to.

"Over 540 suspects were nabbed in Tshwane and Ekurhuleni by the integrated law enforcement agencies made up of SAPS, Metro Police departments and Gauteng Traffic Police.

"Joint intelligence-driven operations were also effective and yielded positive results in Sedibeng and the West Rand where more than 290 suspects were arrested for crime and offences such as contravention of National Disaster Management Act, robbery, possession of suspected stolen property, rape, assault with intent to cause grievous bodily harm, attempted murder, possession of unlicensed firearm and possession of drugs," Masondo said.

The province's police management said it was concerned about people who undermined lockdown regulations.

Mthombeni said: "Operations to enforce the regulations will be intensified in the province as long as the people fail to adhere."

Several suspects are expected to appear in various magistrates courts from Monday, while others were released on warnings and fined.

2 people bag R250k in the Daily Lotto jackpot!
Full list of lottery results
Lockdown For
DAYS
HRS
MINS
Voting Booth
When a Covid-19 vaccine for under 16's becomes available, will you be taking your children to get it?
Please select an option Oops! Something went wrong, please try again later.
Yes, immediately!
38% - 3311 votes
I'll wait to see how others respond
26% - 2275 votes
No, I don't think they need it
36% - 3180 votes
Previous Results
Podcasts
PODCAST | MISSING MATTHEW EPISODE 3: Decades of false starts add to a family's despair