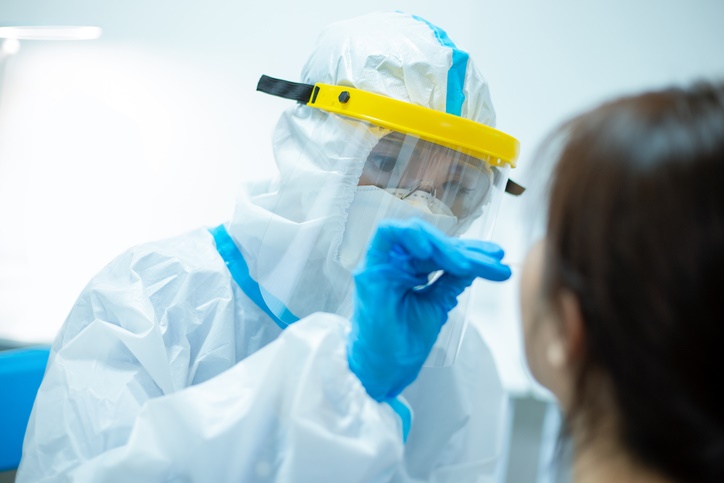 President Cyril Ramaphosa has announced that testing will be ramped up under Level 1.
iStock

As the country appears to be past the Covid-19 peak, testing for the coronavirus will be increased to identify and contain outbreaks to avoid a second wave of mass infections.

This according to President Cyril Ramaphosa who announced the country would be moving to Level 1 of the lockdown at midnight on Sunday as the rate of infections continued to decline.

"Two months ago, at the height of the storm, we were recording around 12 000 new cases a day. Now, we are on average recording less than 2 000 cases a day. We now have a recovery rate of 89%," Ramaphosa said.

"Even as restrictions have eased over the last month with our move to alert Level 2, there has been a gradual, but steady, decline in new infections, hospitalisations and deaths.

READ | Mkhize: About 12 million people in SA may have contracted Covid-19

He added the country had succeeded in overcoming the worst phase of the pandemic while protecting the capacity of its health system.

But the fight is not over.

Ramaphosa said the greatest challenge and most important task going forward was to ensure the country did not experience a new surge in Covid-19 cases.

Several countries around the world have been hit by a ‘second wave’ or a resurgence of infections. A number of these countries had passed the peak of the disease and had seemingly brought the virus under control.

"Some of them have even lifted most of the restrictions on economic and social activity.

"In many cases, the second wave has been more severe than the first. Several countries have had to re-impose a hard lockdown."

To this end, Ramaphosa said a decision was taken to focus on further reducing the transmission of the virus and preparing for a possible resurgence, which would include increased testing.

Due to the decline in new infections and the reduced pressure on our health facilities, we now have sufficient testing capacity to expand the criteria for testing.

"Among the categories of people we will now be able to test are all those who are admitted to hospital, outpatients with Covid-19 symptoms, and individuals who had been in close contact with confirmed cases whether or not they themselves have symptoms."

"Effective testing and contact tracing systems will allow us to quickly identify and contain outbreaks before they spread further.

We live in a world where facts and fiction get blurred
In times of uncertainty you need journalism you can trust. For 14 free days, you can have access to a world of in-depth analyses, investigative journalism, top opinions and a range of features. Journalism strengthens democracy. Invest in the future today. Thereafter you will be billed R75 per month. You can cancel anytime and if you cancel within 14 days you won't be billed.
Subscribe to News24
Related Links
EXPLAINER | Liquor sales, new curfew: What Level 1 lockdown will look like
FULL SPEECH | Level 1 changes to curfew, alcohol sales and travel as Ramaphosa eases restrictions
Ramaphosa announces move to Level 1: 'Prepare for the new normal'
Next on News24
BREAKING NEWS LIVE | Malema, Ndlozi not guilty of assaulting cop at Winnie Madikizela-Mandela's burial