LOCKDOWN | Ramaphosa writes to Parliament, reveals 2 820 soldiers could be on SA's streets until June 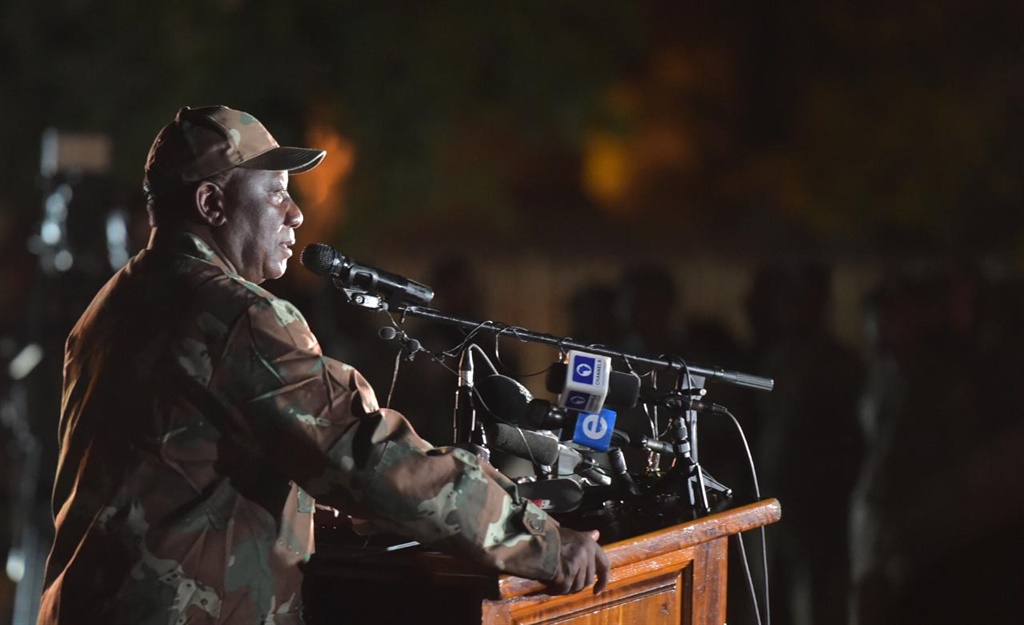 Members of the South African National Defence Force (SANDF) could be patrolling the country’s streets well beyond the 21-day lockdown period.

This is contained in a letter President Cyril Ramaphosa sent to the speaker of the National Assembly on Wednesday, informing members of Parliament of the deployment of SANDF members.

The president is constitutionally required to give Parliament notice of the deployment of the SANDF, including reasons for the action, the period and location of deployment, as well as the number of people who will be involved.

"Members of the SANDF will be employed in all nine (9) provinces. This employment is authorised in accordance with Section 210(2)(a) of the Constitution of the Republic of South Africa, 1996 and Section 18(1) of the Defence Act, 2002," the president writes in the letter, which was tabled on Thursday.

In his letter, Ramaphosa also indicates that the army's deployment would be from 26 March to 26 June.

On Thursday, while addressing SANDF personnel, the president "ordered" the army to go out and serve the people of the country with respect and responsibility, urging soldiers not to be heavy handed when dealing with citizens.

On Monday, Ramaphosa announced a 21-day national shutdown in a bid to slow down the spread of Covid-19 across South Africa.

The lockdown, which started at midnight on Thursday, has restricted movement and forced the closure of most businesses, except those deemed to be providing essential services. All people, except essential workers, have been ordered to stay home except to buy food and medication, or to seek medical treatment.

The country now has more than 1 000 confirmed Covid-19 cases.

On Friday morning, the Department of Health announced that two people had died from the virus in the Western Cape.

For more on the lockdown and other stories listen to our podcast here on SoundCloud.

We live in a world where facts and fiction get blurred
In times of uncertainty you need journalism you can trust. For 14 free days, you can have access to a world of in-depth analyses, investigative journalism, top opinions and a range of features. Journalism strengthens democracy. Invest in the future today. Thereafter you will be billed R75 per month. You can cancel anytime and if you cancel within 14 days you won't be billed.
Subscribe to News24
Related Links
PICTURES | First lockdown arrests made as police raid taverns and clubs
South Africa shutdown: Nation braces for impact as virus spreads, army and police move in and...
Ramaphosa deploys SANDF on a mission of kindness, not to 'skop en donner'
Next on News24
LIVE | Covid-19 in SA: 6 375 new cases