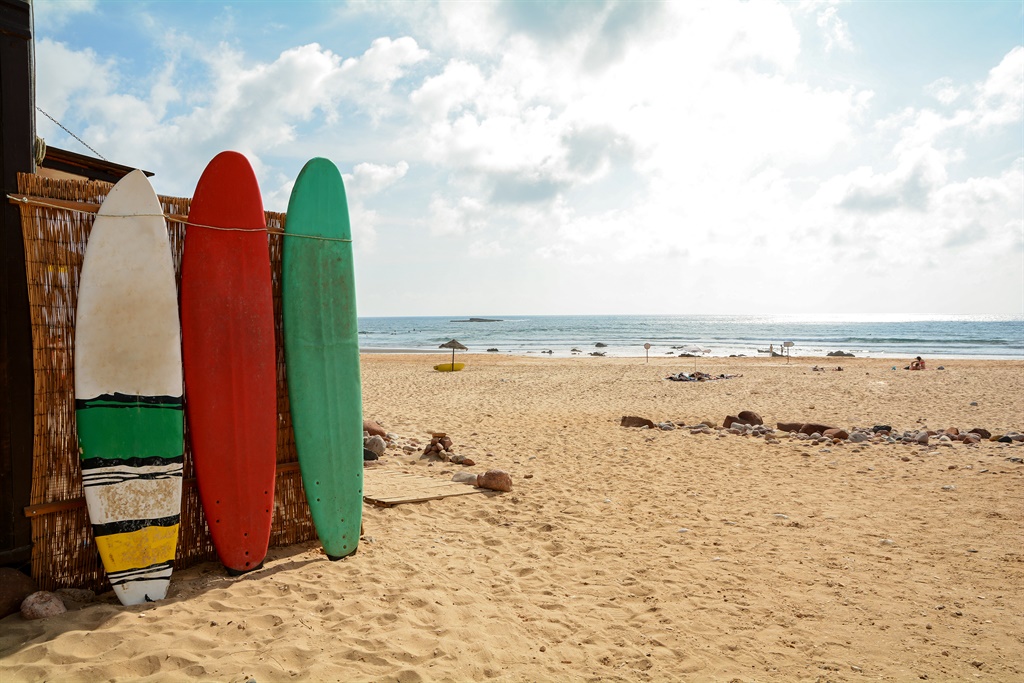 Western Cape surfers have been signing an online petition urging the province's premier, Alan Winde, and President Cyril Ramaphosa to allow them to continue surfing during the nationwide lockdown.

They claim that surfing is an "essential activity" in a copy-and-paste version of earlier petitions in the US.

The petition on change.org was initiated by David G Visagie, who says he represents "the surfers that call the waters surrounding Western Cape coastlines home".

The petition was started on 10 April and had, by Wednesday morning, garnered just over 3 600 signatures.

Visagie starts off by thanking Ramaphosa and Winde for what the government has done "to help protect the Western Cape and South Africa in this unprecedented time".

But, he writes, the social restrictions brought about by the lockdown has affected surfers "in a unique way and we all believe that you have the ability to help us to bring back a semblance of normal life in this very unusual time".

"For a large number of Western Cape surfers, surfing is more than just a hobby. Surfing is a time for us to be alone with our thoughts, away from the struggles of everyday life, away from stress, anxiety, depression and, most importantly at this moment in time, people," says Visagie.

'Little to no health risk'

"We believe that it is necessary that Western Cape waters remain open and available to those of us who do not crowd the sand with tents or large groups of people, but instead only use the sands to walk from cars to the water. Once we are in the water, it is actually quite difficult to be within six feet of any person. With moving water and a surfboard under us, that is more often than not larger than six feet, we believe that there is very little, if any, risk to our health or the health of the communities around us, in having waters open to people who truly need it.

"We, as a community of Western Capers whose ties and commonalities lie deeper than lines on a map, feel that surfing and access to Western Cape waters are essential to our way of life," Visagie claims.

He writes that most beaches from Jeffreys Bay to Mossel Bay have been shut down and it has been "over two weeks since my toes have touched the sand".

READ | Coronavirus: The rules you need to know ahead of nationwide lockdown

Visagie says while a small number of surfers have been disregarding the lockdown, most have been following government's guidelines, "no matter how much we may disagree with them".

"We will continue not to access waves, no matter the negative effects it will have in our everyday lives.

"We are asking that all of Western Cape waters be open to state (sic) residents from sun up to sun down in our respective counties (sic); allow access to the beach only to walk from car to water, and water to car in counties where we are residents. This is something easily enforceable and easily identifiable. No lingering on the sands. No hanging out in parking lots. Just access to what we have found to be, our state's most plentiful source of joy and effective form of therapy, the ocean. It is essential that all of Western Cape waters be opened and not just a few counties, to prevent travel and unnecessary contact among surfers across county lines."

The references to "state" and "county" prompted a Google search, which revealed that this petition was copied word for word from an earlier petition posted by Gregg Matthew Mattson, urging Ron DeSantis, the governor of Florida in the US, to allow Florida residents access to beaches. This particular petition managed to clock more than 11 300 signatures.

A carbon copy of the petition is also addressed to Kevin Faulconer, the mayor of San Diego in the US. This petition was published six days ago by Dom Micheli, while the Florida petition was first published two weeks ago.

A near-identical petition surfaced in New Zealand as well.

Visagie's petition is, therefore, a cut-and-paste endeavour. Only geographical references have been changed.

Speaking to News24 on Wednesday, Visagie, from Knysna, said he copied the text from those previous petitions because it articulated exactly what he wanted to get across.

"To be honest, I didn't think it would take off the way it did. I just felt that surfing is good exercise and a great way to get some vitamin D. I don't believe going into the ocean is in any way harmful, compared to, say, going to the shops.

"The words that [Mattson] used were spot-on in terms of how I feel."

Visagie said he was a daily surfer, who missed his favourite activity.

"I am a former drug addict and surfing is one of the things that has helped me cope with the things that I went through, such as depression, so I find it very therapeutic. It's a way for me to shut down and just enjoy Mother Nature.

"There are a lot of people like me who need surfing, not just for the exercise. I really hope the government will take notice of the petition. It's not just a couple of people - it's thousands that believe it's a good idea.

"I'm not trying to single out only surfers or be selfish. We don't want the beaches, we just want the water. My argument for the surfers is that they hardly ever come within six feet of one another."

This complies with the requirements for physical distancing, according to Visagie.

On 23 March, Cape Town mayor Dan Plato announced that the City of Cape Town would be following in the footsteps of other coastal municipalities in closing all beaches.

"Until further notice, beaches along Cape Town's coastline will be closed for all activities, be it on the beach itself or in the water."

All swimming, surfing, kitesurfing, kayaking, recreational fishing and other beach activities will be prohibited.

Law enforcement officers will be patrolling the beaches to enforce the ban.

Winde responded to the petition by saying the lockdown regulations, as set down by the national government, are clear that people may only leave their homes to buy food, go to the pharmacy, seek medical attention or collect a grant.

"While we understand that people miss their regular activities, we all need to make some personal sacrifices during the lockdown period to ensure that we are able to stop the spread and save many lives.

"Beaches and other recreational areas have also been closed to ensure that large groups of people do not congregate. This is necessary in order to stop the spread, and to protect vulnerable people from getting infected and overwhelming our health system," Winde said.

We live in a world where facts and fiction get blurred
In times of uncertainty you need journalism you can trust. For only R75 per month, you have access to a world of in-depth analyses, investigative journalism, top opinions and a range of features. Journalism strengthens democracy. Invest in the future today.
Subscribe to News24
Related Links
WATCH | Hugs, high fives and beaches - what Capetonians say they will miss most during lockdown
Coronavirus: George closes all beaches, libraries, museums and sporting facilities
Coronavirus: Swimming at Durban beachfront banned, public pools closed
Next on News24
LIVE | Covid-19 in SA: Cases rise by 3 520 as death toll goes up by 10

Super start to the weekend for 3 Daily Lotto players!
Full list of lottery results
Lockdown For
DAYS
HRS
MINS
Voting Booth
Matric results are out! Are you happy with your child's result?
Please select an option Oops! Something went wrong, please try again later.
No, the pandemic really messed up their ability to focus
35% - 99 votes
Yes, they did well given the circumstances
65% - 181 votes
Previous Results
Podcasts
LISTEN | The Inge Lotz Story - a miscarriage of justice