The Western Cape government wants President Cyril Ramaphosa to ease the lockdown restrictions as the province is exiting its third wave peak of Covid-19 infections.

Ramaphosa placed the country on adjusted alert Level 3 in July, while Cabinet announced last month that it had approved the decision to leave the country on this level.

"This trend is confirmed by the South African Covid-19 Modelling Consortium, which now indicates a 99% probability that the Western Cape has already passed the peak of the third wave," Winde said. 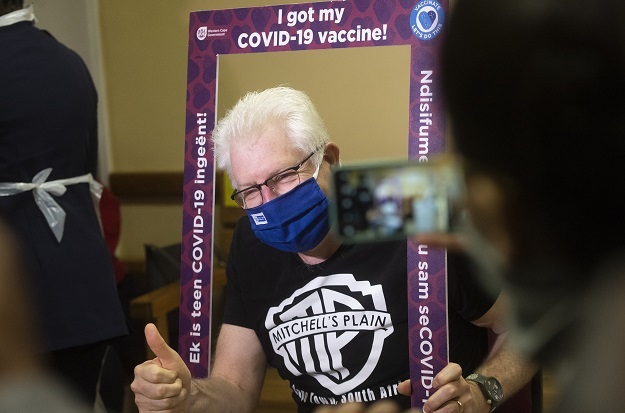 The premier said the third wave peak had been much longer than the second wave, resulting in a prolonged period of pressure on its healthcare facilities.

"Given the clear evidence that we have exited our peak, and that we are now on a consistent decline, I will petition the president to move the Western Cape down a level to alert Level 2 as soon as possible. This will enable the weekend sale of alcohol, a later curfew and an adjustment to the size of gatherings permitted," Winde added.

Winde said the further relaxation of restrictions would enable economic recovery, especially in the hospitality sector.

"It is the urgent next step now that we have exited our third wave peak. However, it will not be enough. International experience has made it clear that a rapid vaccination programme with significant reach will enable a full reopening of the economy, especially for international tourism. This is desperately needed in the Western Cape, in particular," he added.

Winde also thanked the province's healthcare workers for their courage during trying times.

READ | Pfizer vaccine's full approval in the US: What does this mean for SA?

"While we are not completely out of this period of pressure, I do want to upfront thank and honour our healthcare workers who served with courage and determination during this time. It was not easy, but you have once again led from the front and saved the lives of many people in our province," he said.

As of Tuesday, 7 086 new Covid-19 cases were identified in South Africa. The majority of new cases on Wednesday were from KwaZulu-Natal (25%), followed by the Eastern Cape (22%). The Western Cape accounted for 17% of new cases.