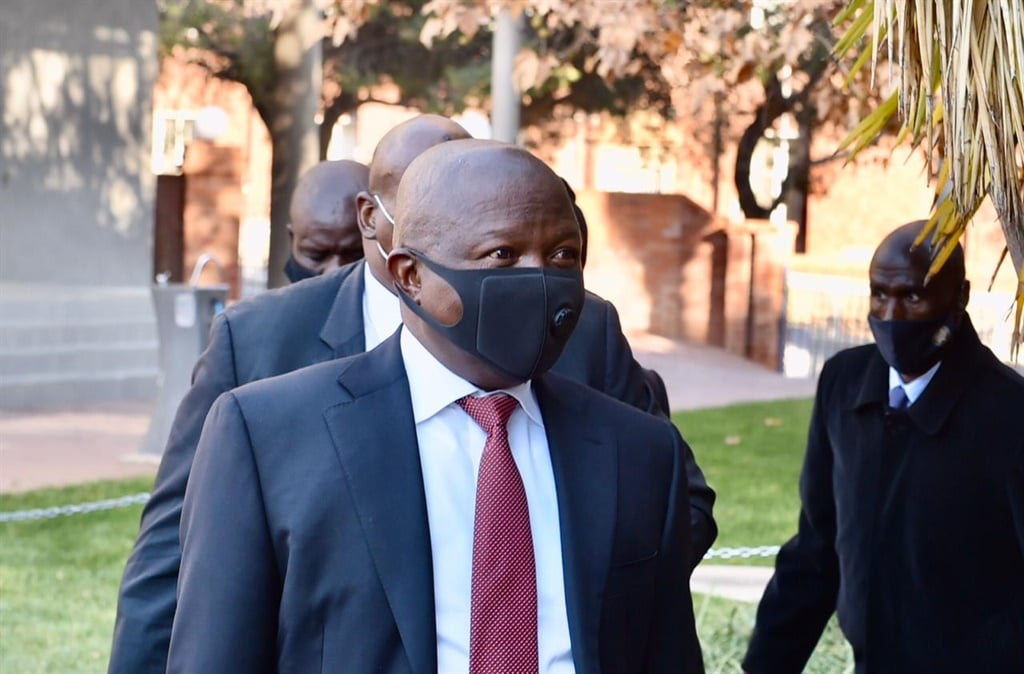 Deputy President David Mabuza is ill at home in Mpumalanga.

His office said he was advised by his physician to attend to his health - but, since he last tested negative for Covid-19, nothing has changed.

This is why Mabuza cancelled planned question and answer sessions in the National Assembly and the National Council of Provinces (NCOP).

"The deputy president has, in the past, spoken openly about his ill health. As per previous communication by the department for defence on the coronavirus test result, nothing has changed," Mabuza's spokesperson Matshepo Seedat said.

She said, as per advice from his doctor, he cancelled his appearance in Parliament.

"In his correspondence, the deputy president has assured both presiding officers that he will avail himself to respond to oral replies on a date to be mutually agreed to."

Mabuza last had an official engagement on 16 July when he convened a virtual meeting of the South African National AIDS Council (SANAC) Inter-Ministerial Committee.

The meeting was aimed at deliberating on the mitigation of the impact of Covid-19 on the HIV and TB response in South Africa.

READ | Victory for motorists! All expired licenses from March to August to be valid until Jan 2021

On Thursday, the NCOP would have quizzed Mabuza on reviving the economy and protecting the most vulnerable members of society in the face of the Covid-19 pandemic.

The DA also had a question about farm murders, and the EFF on the unbanning of alcohol.

A week later, Mabuza was also expected to appear in the National Assembly, where he would have been questioned on his role as South Africa's special envoy to South Sudan, the mandate given to him by the National Coronavirus Command Council (NCCC) to visit provinces, a "remedy" for Covid-19, which apparently caught the eye of US President Donald Trump's advisor, and other energy options due to Eskom's constraints.

These questions will now be posed at a later date.

Mabuza's low profile while the country has been under lockdown has raised eyebrows - so much so that opposition MPs enquired about his whereabouts during a meeting of the National Assembly Programming Committee in May.

Mabuza did, however, answer questions in a virtual sitting of the National Assembly on 25 June.

In the past, Mabuza was often confronted at these sessions by DA and EFF MPs about allegations of corruption against him, while he challenged his accusers to lay charges.

The EFF has, seemingly, warmed to him of late.

The DA has taken to asking him technical questions, after he failed to provide a coherent answer to a question about the fourth industrial revolution last year.

The questions from the NCOP are as follows

FF Plus MP Armand Cloete: Whether any Free State municipalities have been identified as service delivery hotspots and what rapid response interventions he has proposed in each municipality and what were the outcomes of such interventions?

DA MP Tim Brauteseth: Whether, in light of the recent increase in violent attacks on farmers and farm workers, he has held any engagements with the Minister of Police to coordinate a government programme to accelerate agricultural support to be provided to communities in the rural farming areas, especially in KwaZulu-Natal?

DA MP Cathlene Labuschagne: In view of the background of the worst economic contraction the country has experienced which is partly as a result of the government's imposition of an extended hard lockdown to curb the spread of Covid-19, what are the details of all initiatives he has undertaken since 26 March 2020 to support investment facilitation and promote trade?

Brauteseth: Why has he allowed district surgeons to be stopped from doing their work of enabling the vital process of disability grant applications since March 2020 and not intervened to assist the most vulnerable citizens of our country as part of his duties regarding the coordination of anti-poverty programmes?

EFF MP Thembinkosi Apleni:  Whether, in light of the sharp rise in new Covid-19 cases daily, the decision to unban alcohol sales when the country entered Level 3 of the lockdown was the right decision?

Mabuza was also expected to appear in the National Assembly next Thursday, where he would have been questioned on his role as South Africa's special envoy to South Sudan, the mandate given to him by the National Coronavirus Command Council (NCCC) to visit provinces to assess their state of readiness, a remedy for Covid-19, and other energy options due to Eskom's constraints.

The questions from the National Assembly are:

ANC MP Jaqueline Mofokeng: What are the details of his role in assisting the president in efforts towards building a better Africa as the envoy to Southern Sudan in silencing the guns on the continent, with particular reference to protecting women and children and fighting gender-based violence?

DA chief whip Natasha Mazzone: With reference to the mandate given to him by the National Coronavirus Command Council (NCCC) to visit provinces to assess their state of readiness in terms of the functionality of the provincial and district coronavirus response structures, what are the details of  the plans that the provincial and district coronavirus response structures submitted to the NCCC in terms of the setting up of any field hospitals, including the requirements for beds, oxygen tanks and ventilators, and his observations on the ground while visiting provinces in this regard?

ACDP leader Kenneth Meshoe: Whether, in view of Covid-19 infections which are increasing at an alarming rate in the Republic, the government or the NCCC intends to investigate claims of a certain doctor of a 100% success rate in the treatment of all Covid-19 patients since March 2020, whose remedy had also drawn the attention of a United States senator and presidential advisors?

ANC MP Gordon Mpumza: Given that good relations between national, provincial and local government are essential in order to ensure successful service delivery, what steps has the government taken to iron out any misunderstanding or misinterpretation, so that the collaboration and coordination between the three spheres of government is underpinned by the attitudes and values of the developmental approach?

ATM leader Vuyo Zungula: Whether, the 70% of government spend on established white owned businesses to the exclusion of black youth, particularly young black women who only get 30%, is in line with the government's vision of stimulating and supporting rural and township economy?

ANC MP Sahlulele Luzipo: What capacity demands can other alternative sources of energy, such as independent power producers, provide to mitigate Eskom's shortfall on electricity demand?

We live in a world where facts and fiction get blurred
In times of uncertainty you need journalism you can trust. For only R75 per month, you have access to a world of in-depth analyses, investigative journalism, top opinions and a range of features. Journalism strengthens democracy. Invest in the future today.
Subscribe to News24
Related Links
Deputy President David Mabuza cancels question sessions 'due to ill health'
Government will work to serve and protect women, says Mabuza
Dlamini-Zuma is 'simply doing her job', says Mabuza
Next on News24
LIVE | Covid-19 in SA: Death toll rises by 93 as cases hit 1 832 479