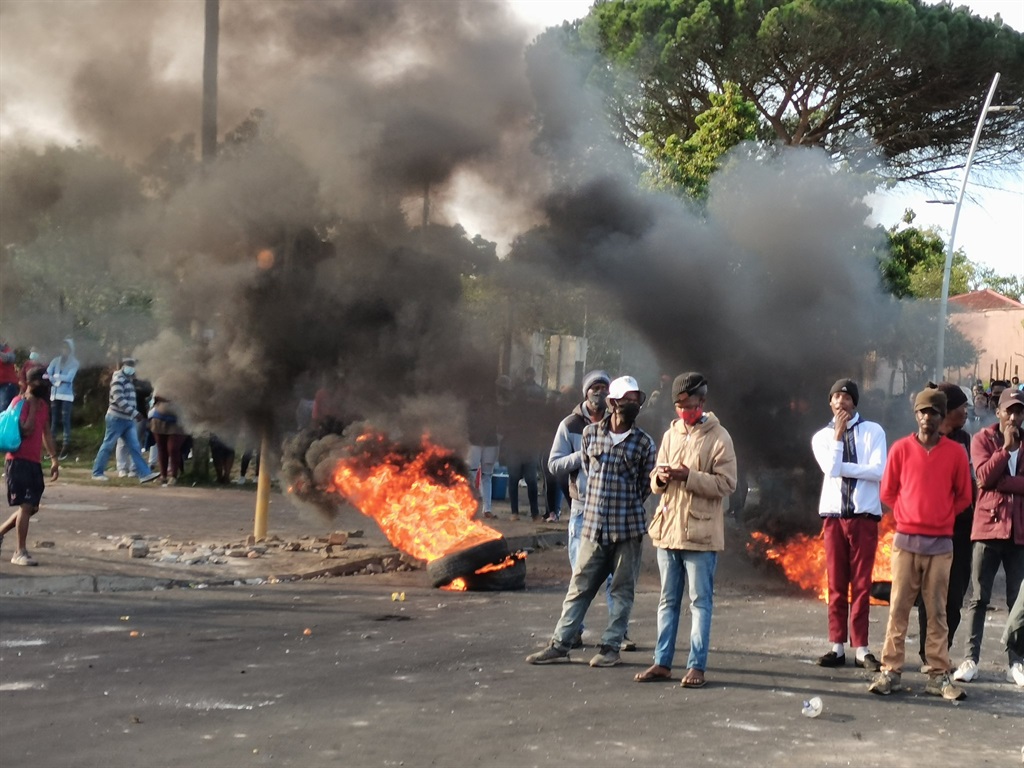 The second wave of the chaotic Makhanda protest has been suspended immediately after Makana municipality obtained an interim court order preventing protesters from causing further disturbances in the university town.

The Eastern Cape High Court in Makhanda granted the embattled municipality the order on Friday, bringing two days of violence to an abrupt end.

The Unemployed People’s Movement and its leader Ayanda Kota are listed in the order, seen by News24, as first and second respondents.

They are ordered to end the protest immediately, and appear in court on 24 August to explain why a final order should not be granted.

The protesters took to the streets on Wednesday and Thursday, closing schools, businesses and barricading roads with burning tyres.

The latest protests come two weeks after an initial three-day protest was suspended to allow provincial and local government to address the demands.

The MECs oversee the Cogta, Transport and Finance provincial departments.

On Friday, one of the protest leaders Lungisa Sixaba said they had decided to suspend the protest with immediate effect in line with the court interdict.

Sixaba said they would find a lawyer to challenge the process legally.

Sixaba said the second wave of the protest was organised after residents said they wanted to meet Eastern Cape Premier Oscar Mabuyane in person to hear their demands.

"Xolile Nqatha and the other MEC returned to Makhanda on Tuesday but insisted that they will only meet us as the leaders and other stakeholders but not the residents. Residents got angry and organised the protest. They no longer want any of the MECs, they want Mabuyane in person," said Sixaba.

'We don’t want our people to get shot and arrested'

Nqatha confirmed resisting meeting the protesters, saying that meeting them was not part of the initial agreement.

Nqatha said this was because other people with malicious intentions had hijacked the protest.

Sixaba said Makhanda was opened again on Friday because "we don’t want our people to get shot and arrested".

He said the short-term goals included constructing a the bypassing sewer system that would run behind the town.

Nqatha added that the long-term project focused on fixing the decaying water infrastructure and addressing the capacity of dam levels.

A statement from his office said: "MEC Nqatha wishes to express his deepest concern as the problems of Makhanda have been hijacked by people with nefarious political agenda. MEC Nqathaalso wishes to state that the three MECs are still committed to providing a feedback report to Makhanda people through their leaders. Government calls on law enforcement agency to restore law and order in Makhanda as some protesters are malicious."

Super Saturday for 2 Daily Lotto players!
Full list of lottery results
Lockdown For
DAYS
HRS
MINS
Voting Booth
Facebook is facing a fresh crisis after a former employee turned whistle-blower leaked internal company research. Do you still use Facebook?
Please select an option Oops! Something went wrong, please try again later.
Yes, the benefits outweigh the risk for me
32% - 1883 votes
No, I have deleted it
38% - 2218 votes
Yes, but I am considering deleting it
30% - 1749 votes
Previous Results
Podcasts
PODCAST | The Story: Is dognapping on the rise?