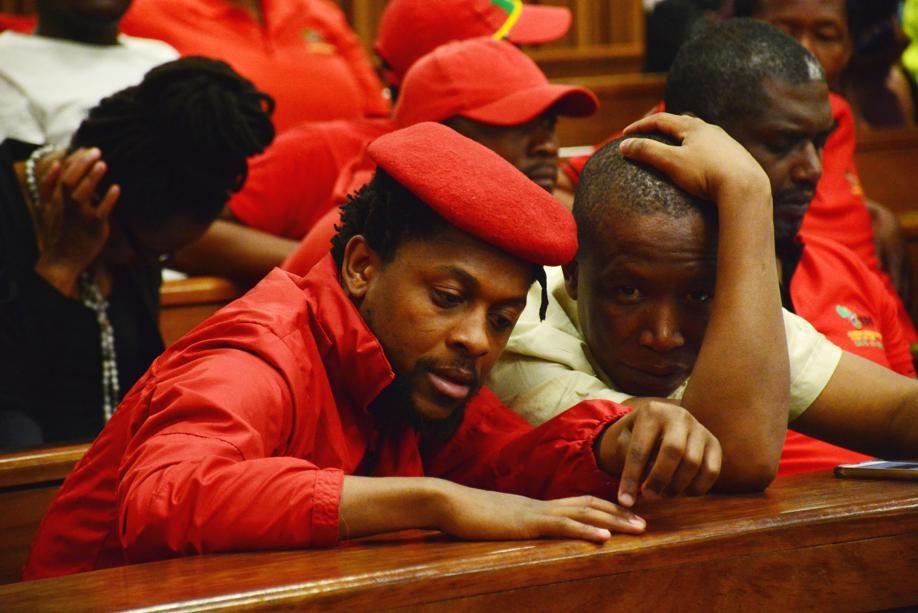 A witness in the assault trial of EFF leader Julius Malema and EFF MP Mbuyiseni Ndlozi failed to mention the complainant's name in his initial statement, the Randburg Magistrate's Court in Gauteng heard on Thursday.

Malema and Ndlozi are on trial for allegedly assaulting Lieutenant Colonel Johannes Jacobus Venter during Winnie Madikizela-Mandela's funeral at Fourways Memorial Cemetery in Johannesburg on 14 April 2018.

Maphisa, a staff sergeant with just over 30 years' experience, was stationed outside the Fourways Memorial Cemetery on 14 April 2018.

Maphisa agreed, to which Hodes followed up and asked whether he remembered Venter's name at the time he made the statement, almost 16 months after the incident.

Maphisa told the court he did remember Venter's name, which was followed by Hodes questioning why it was not mentioned in the statement.

When I was doing the statement explaining to the police officer, he did not ask me who was in charge. He just asked me what happened.

Hodes was not satisfied with this answer and repeated the question.

Maphisa responded that he would state "everything else in court".

Hodes shook his head and gave the following proposition to the witness: "You did not remember his name".

However, Maphisa denied this, stating that he had remembered Venter's name.

"You are not telling the truth on this, and I am going to expose this in court. Do you understand the challenge?" Hodes said.

Maphisa, however, maintained that he was telling the truth.

Malema and Ndlozi face an assault charge. They have pleaded not guilty.