Two young 14-year-old elephants have recently been translocated to the Big 5 Aquila Private Game Reserve and Spa, near Touwsriver.

Searl Derman, owner of game reserve, said the translocatiion had been a "mammoth task" and ended in the successful release of the two male elephants at Aquila.

"Aquila Private Game Reserve is proud to be the first Western Cape private game reserve in 270 years to reintroduce the Big 5 to the Cape after colonial hunters shot and killed most of these species in the province," said Derman.

"The animals were transported by truck from their previous location to Aquila. No expense was spared to ensure a team of researchers, vets and conservation staff kept a keen eye on the process while monitoring the behaviour," he added. 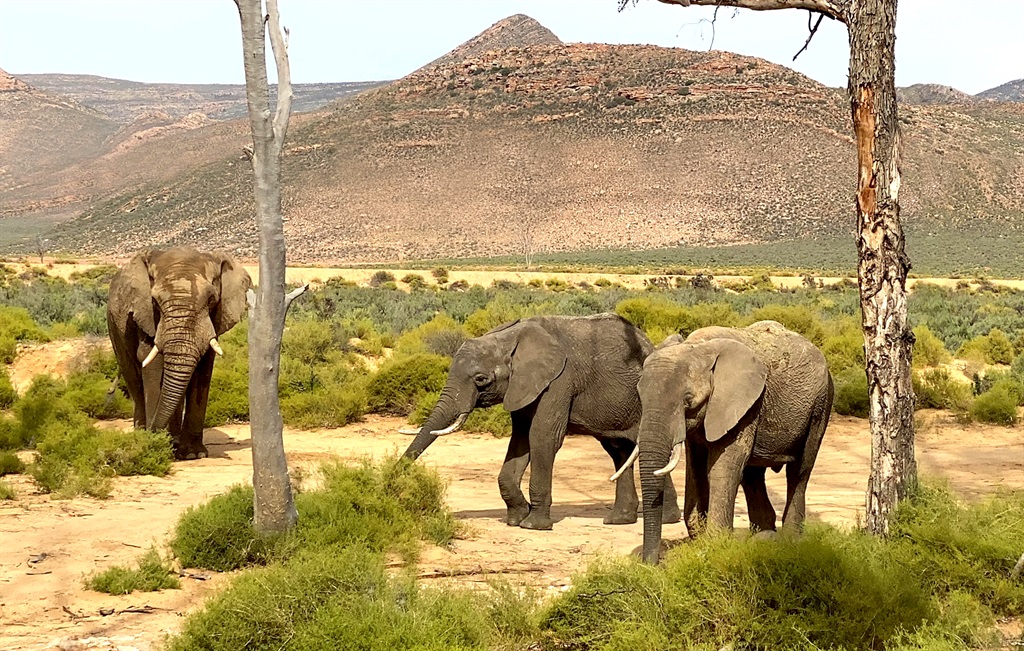 The Reserve said one of the new elephants introduced at Aquila was orphaned and rehabilitated before being reintroduced to the wild.
News24

READ | Earning kudos! How a village girl went from saving a kudu to fighting poachers in Zimbabwe

According to the reserve, the elephants have adapted well and are "thriving" in their new environment.

Due to a non-disclosure agreement, the reserve did not give any further details on the animals, merely saying that one of the new elephants had been orphaned and rehabilitated before being reintroduced to the wild.

Speaking to News24, reserve spokesperson Johan van Schalkwyk said the elephants had made sure that the rest of the wild animals knew that they arrived.

"A lot of trumpeting, playing whilst having fun, and making sure the rest of the wildlife knows about their arrival was heard," he said. The two elephants are adapting well to their new environment.
Photo Supplied

Van Schalkwyk said the fact that one of the elephants was born in captivity, offered the conservation teams a great research opportunity, observing the animal roaming free, alongside the other Big 5 and wildlife on the reserve.

Although the release and introduction were considered a success, it did not occur completely without incident, as one of the elephants had a "standoff" with a rhino.

"After a big display of mock charging, trumpeting and ear flapping, both parties walked away uninjured and happy," said Derman.

The elephants spent their first day exploring their new home and interacting curiously with the other wildlife.

Derman added that the meeting between the reserve’s animals and one of the Aquila elephants was a "beautiful moment", as they humbly greeted each other and immediately bonded.

The on-site research team confirmed that the introduction of the elephants had gone better than they expected, and added that this had been one of the "best releases" they had witnessed.

They were eating "a lot" of shrubs, grass, trees, and other plant life, and enjoying the Aquila vegetation.