Mashaba to appoint team to investigate drowning of two boys in Pretoria: 'It was due to negligence' The drowning of two boys in a water-filled quarry near Mamelodi in Pretoria over the weekend was not an accident, but rather negligence that must be punished criminally.

These were the views of Action SA leader Herman Mashaba, who visited the scene on Tuesday where four-year-old Laurence Thwenu and seven-year-old Siyabonga Mabila died after taking a swim on Saturday afternoon.

According to the family, the two boys were out playing and must have headed towards the quarry in Kopanong Pienaarspoort informal settlement at around 14:30 to take a swim. The water-filled quarry in the quarry in Kopanong Pienaarspoort informal settlement near Mamelodi where two young boys drowned.

About an hour later, the family were notified that the boys were missing and that their clothes and shoes had been found at the quarry. Residents searched to no avail and the bodies of Siyabonga and Laurence were later discovered in the quarry by police search and rescue teams.

It is understood that the quarry was created by a construction team who are creating roads in the area.

On Monday, Gauteng Public Transport and Roads Infrastructure MEC Jacob Mamabolo visited the scene and said they would launch an independent investigation led by a senior counsel to uncover the circumstances that led to the death of the two boys.

"The department will institute an independent investigation into this tragedy to determine culpability or negligence on the part of the contractor," Mamabolo said in a statement.

"The investigation will probe whether or not there was any negligence on the part of the contractor and all the risks related to the project to determine whether the incident could have been avoided or not." "We will be appointing an independent forensic investigation to establish facts on this tragic incident without any interference from interested parties in the matter by the end of this week."

The MEC added that the outcomes of the investigation would be implemented without prejudice and that the department would act without fear or favour where any form of liability had been determined.

This was not an accident

However, according to Mashaba, who said he would also appoint a team to investigate, it was clear that the deaths were a result of negligence.

"This matter should not be treated as an accident, this must be treated as the murder of two young people by our government because of negligence," Mashaba said.

"This is not an accident scene, this is a crime scene."

It was evident that the quarry had not been barricaded or fenced off and was easily assessable to the community.

"Whoever was responsible for this excavation, did they not know about this? Construction of this nature anywhere in the world is managed and controlled by health and safety measures put in place to safeguard communities."

He added that the children could not be blamed for swimming in the quarry as the community had no facilities for children to play or cool down safely on a hot day. 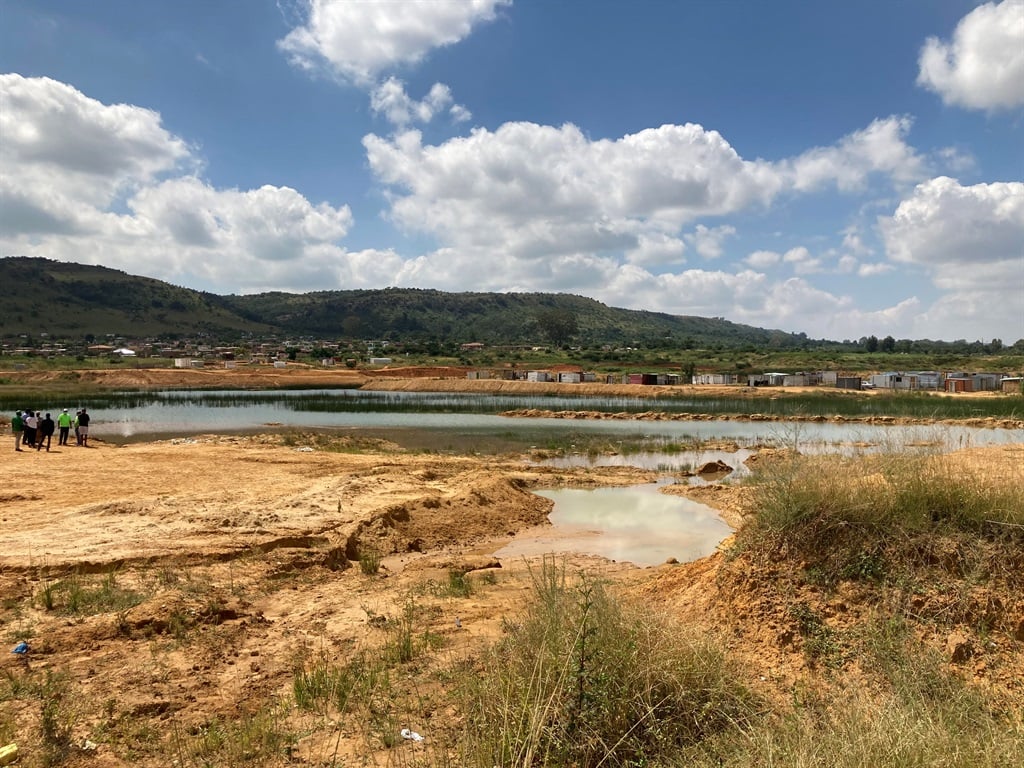 Mashaba said he had been given the go-ahead by the family to pursue the legal avenue and hold those responsible accountable.

"[We] will deal with this until such time as our government begins to treat us as human beings and understands their obligations. Whether it was government or a private service provider we will hold them accountable for the death of these two kids."

"These are not mistakes, this is not an accident, this is negligence. We need to hold people criminally and civilly accountable."

There needs to be liability

Tshwane MMC for Human Settlements Mpho Mehlape-Zimu, who was also at the scene on Tuesday, also believed there was negligence as the quarry had not been fenced off.

She was also frustrated that the area had not been barricaded by Tuesday despite an agreement to do so on Sunday, the morning after the two kids drowned.

Mehlape-Zimu added that she had still not seen or met the site's safety officer.

Mehlape-Zimu believes that the deaths were preventable and that because of the clear and apparent negligence, there needs to be liability from the contractors and that they would have to compensate the families over and above taking care of the funerals.

In the interim, Tshwane metro police would guard the area and in the long term, the quarry would have to be drained and rehabilitated. The City had also organised counselling services for the affected families.

Lekker Friday for 3 Daily Lotto winners!
Full list of lottery results
Voting Booth
Have you and your family been counted in Census 2022?
Please select an option Oops! Something went wrong, please try again later.
Yes
47% - 3949 votes
No
53% - 4418 votes
Previous Results
Podcasts
PODCAST | The Story: Teen who murdered his mother gets 25 years behind bars