Sazi Bongwe has been accepted to Harvard University.
Supplied

Lwandle Ntshangase has been accepted at Oxford University in England to study law.

Sazi Bongwe, on the other hand, will jet off to the US to study at Harvard University later this year.

Ntshangase achieved an average 91.2% pass and is in the top 1% for English and Life Orientation. He earned seven distinctions in English, French, History, isiZulu, Life Orientation, Mathematics and Physical Science.

Ntshangase said he had always been interested in law and governance and that was why he applied to study at Oxford.

In Grade 10, he added, he decided he wanted to apply to the university, saying he only committed to the plan at the beginning of his matric year.

Ntshangase admitted the pandemic had a big impact on his studies.

"I really struggled to adapt to the pandemic, the first lockdown was the toughest. Online school wasn't really something I enjoyed doing. It was really hard being engaged on the online platform."

He said he adapted, but the anxiety around lockdowns was disruptive to learning. 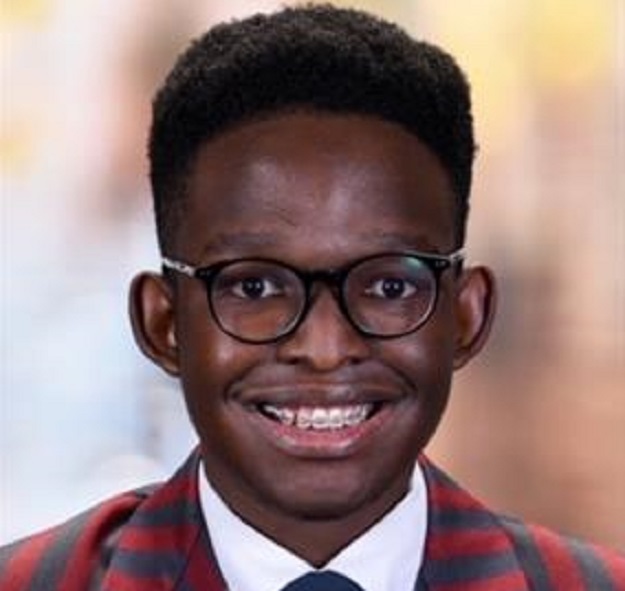 Between now and September, when the academic year starts in Oxford, Ntshangase added he would be completing his A-levels and then getting much-deserved rest.

"I get to rest as much as those who are taking gaps years because I'll only start school in September or October. I can relax and recharge without fully committing to a gap year."

He said he was looking forward to his new life overseas.

"I want to try something new and really build more independence. The thought behind that isn't necessarily wanting to get away from home. I think being away and being in a space where I have to quasi-fend for myself was something that I wanted to do to build those skills faster."

Academically, he is looking forward to concentrating more on subjects he has an interest in.

I am looking forward to having a more dedicated set of subjects that are more my interest. Being able to specialise is something I look forward to.

He was also among the top 1% candidates in Dramatic Arts, English, isiZulu, Life Orientation and Physical Sciences.

Bongwe said he was going to use the next two years to explore his options.

"I only get to decide at the end of my second year. I get to explore and do courses that are in different disciplines, which I'm excited about. My current ideas are applied Maths and Economics, otherwise government or social studies."

Before going to Harvard, Bongwe, who was the head boy, will use the first few months of the year to work on his website - where he is trying to produce a magazine and job shadowing at New Frame as well as tutoring.

On his interest in journalism, he said: "At the beginning of lockdown, I started writing a lot more intentionally. There's a lot of social discourse happening, and I think it was at that point that I was looking forward to very good, incredible journalism to provide commentary. I was drawn to the good journalism I did find but also knowing how much capacity journalism has to effect positive things."

Bongwe said he would continue writing irrespective of his career path.

Here are the Daily Lotto numbers
Full list of lottery results
Voting Booth
Have you and your family been counted in Census 2022?
Please select an option Oops! Something went wrong, please try again later.
Yes
48% - 2133 votes
No
52% - 2324 votes
Previous Results
Podcasts
PODCAST | The Story: How one incident at Stellenbosch University sheds light on deeper issues