Media given stern warning as Bozwana two appear in court 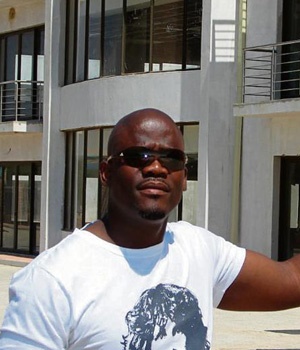 Two men arrested in connection with the murder of North West businessman Wandile Bozwana made their first appearance in the Pretoria Magistrates’ Court today. Their hearing was postponed to December.

The pair walked lamely into the courtroom tied to each other with leg shackles and handcuffs. Plain-clothed, heavily armed police officers were seen around the room.

The media were warned not to name any of them because that might jeopardise the ongoing investigation. More arrests were expected.

One suspect spoke isiZulu and the other told the court he understood Tshivenda and Xitsonga.

The media were also strictly barred from taking the men’s pictures or using video cameras to record court proceedings.

Suspect number one told the court through his attorney that he did not have any pending court cases but that he had been convicted for drunken driving and had paid a R1500 fine.

The second suspect was previously convicted for possession of an unlicensed firearm in 2009. He paid a R6000 fine and had five years of imprisonment suspended. He had also paid a fine in 2011 after a conviction for reckless and negligent driving.

Bozwana died in hospital after being ambushed in what is believed to be a hit while he was a passenger in a yellow Renault Clio earlier in October.

His suspected killers were arrested on Wednesday in Gauteng. It is believed that a tip-off to the police as well as a study of video recordings from close circuit television cameras led to the arrests.

They were also found in possession of jammers and were charged for contravening the electronic communications act, which makes the possession of the unlicensed devices illegal.

They faced charges for murder, attempted murder, and possession of a stolen vehicle.

The two men will be back in court on December 9 after their hearing was postponed for further investigation.

Meanwhile, the ANC in the North West said they “strongly believe that this arrest would reveal the real murderers and also those who planned this hit”.

This sentiment was also shared by Bozwana’s friend and leader of the North West Business Forum Sello Mogodiri, who said after the court hearing today that they “wanted to know who funded this hit”.
We live in a world where facts and fiction get blurred
In times of uncertainty you need journalism you can trust. For only R75 per month, you have access to a world of in-depth analyses, investigative journalism, top opinions and a range of features. Journalism strengthens democracy. Invest in the future today.
Subscribe to News24
Related Links
More arrests expected in Bozwana murder case
Next on News24
LIVE | 862 new cases and 31 more Covid-19 deaths in South Africa