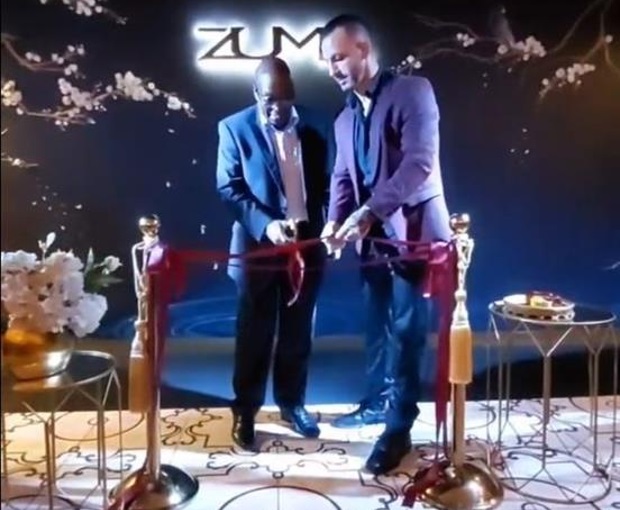 Days after the Supreme Court of Appeal (SCA) found that his release on medical parole was unlawful, former president Jacob Zuma appeared unperturbed as he danced and dined at a new Umhlanga restaurant that shares his name.

No stranger to ceremonial ribbon cutting, the medical parolee was well enough to show off his dance moves at the opening of Zuma, after accepting an invitation from celebrity chef David Manal.

Also on the guest list was Schabir Shaik, suited up, grinning, and doing a jig alongside the former president, 13 years after being granted medical parole as he was "terminally ill".

A seemingly jolly Shaik danced beside Zuma, whom the SCA ruled last week was unlawfully granted medical parole by former prisons boss Arthur Fraser, who overrode the recommendation by the Medical Parole Advisory Board that the former president did not qualify for it.

Zuma was arrested in July last year for contempt of the Constitutional Court and sentenced to 15 months in jail. He was released less than two months later.

He smiled and posed for photos with Shaik, his former financial advisor, who was released on medical parole in 2009 after serving just more than two years of a 15-year sentence.

He was convicted of two counts of corruption and one of fraud relating to his facilitation of a bribe, allegedly by French arms company Thint, to Zuma.

(Now You Know I Had To Give The Haters Chest Pains...) pic.twitter.com/fHUBr0s86U

Manal, who calls himself the "Kitchen Gangster", said the former president had no involvement in his restaurant and he had invited him, his wives and children as they have been "regular, reputable customers" of his.

"It was an honour to have somebody like that to do the opening with me, rather than a celebrity," he added, acknowledging he wanted to "bring people's attention" to his establishment.

READ | How Zuma went from not being ill, hospitalised for a routine check-up, to medical parole

The fancy eatery is not named after Zuma. It is the name of an international restaurant brand of which Manal said he had the sole trademark in South Africa.

Something positive that can come out of that name. Zuma in Arabic actually means peace, which is opposite of what people think of [Jacob] Zuma.

The opening was exclusive to VIPs who were treated to the "fun" of having a front row seat as the former president showed off his signature moves, having a good time.

"[The Zuma family] loves eating my food. He feels safer being in a place where he's not going to be judged. He was sitting, taking pictures with people, people were having fun, laughing with him, dancing."

Manal, who is originally from Palestine, said he was not interested in the politics surrounding his special guest.

"Everybody has good in them. I cannot judge anybody based on the news. People can say whatever they want to say. I'm not South African. I can't even vote for a person here," he added.

Weren't these guys at death's door when they were released from prison? https://t.co/hRZHsyrjky

And if he could?

"You know, strangely enough, we never had [such severe] power shedding when Zuma was [president]. Even though they think that he was a thief and stealing, he was stealing maybe, but at least we had electricity."